ZDF commentators consistently described Meghan Markle and her guests as "exotic" and were fascinated by her black hair. The public broadcaster has been roundly condemned by news outlets and people on social media. 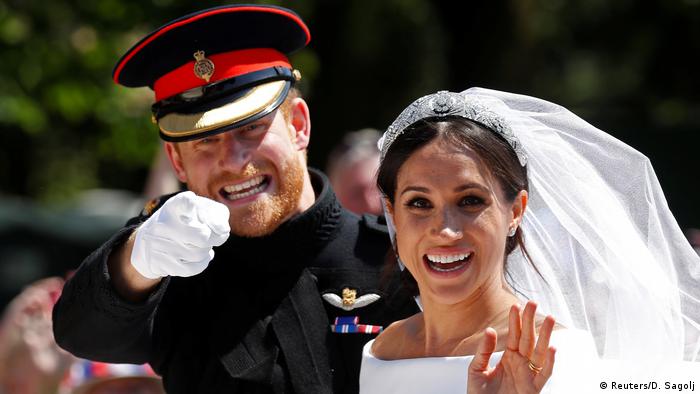 German public broadcaster ZDF was heavily criticized on Saturday for its sometimes questionable coverage of the royal wedding.

Read more: Opinion: What we say when we talk about race

Some of the comments that caused controversy

Die Welt's Nicola Erdmann wrote: "Airtime was filled with questionable remarks about Meghan's origins, macho-language and cliches. There was no respect for spectators and people who were involved."

ZDF responded to the criticism on Sunday, saying it received several concerned responses from viewers, but praise as well.

"In addition to the comments on Twitter, ZDF's viewer service received calls and emails from viewers who had questions as well as praise and criticism concerning different aspects of the broadcast. We take the criticism of our viewers seriously," a ZDF press spokeswoman told DW in an emailed statement.

The broadcaster did not apologize for its coverage in the statement.

"Dear @zdf, it is extremely annoying that Meghan's lineage is THE subject for the reporters. If Meghan was white, what would they snigger about? Please treat them equally. #RoyalWedding," another Twitter user posted.

"I haven't heard so many racist slogans since the NPD party congress."

One user proposed a drinking game — a shot of Pimms every time "African-American background" is said.

Taxpayer money: ZDF is one of the public broadcasters funded by the compulsory broadcasting fee levied on all German households. Given the station is directly funded by taxpayers, viewers feel it should be subject to rigorous standards.

Millions of people around the world watched as Prince Harry and Meghan Markle married at St. George's Chapel in Windsor Castle. From the first kiss to the wedding cake, here's how the historic wedding took place. (19.05.2018)