Millions of people around the world watched as Prince Harry and Meghan Markle married at St. George's Chapel in Windsor Castle. From the first kiss to the wedding cake, here's how the historic wedding took place.

Members of the British royal family and celebrities from around the world gathered at Windsor Castle near London on Saturday for the nuptials of Prince Harry and Meghan Markle.

The event was eagerly anticipated by fans of British royalty from around the world. Some spectators camped out for three days just to get a glimpse of the newlyweds as they passed by during a tour of the town.

With all eyes on the royal couple, here's how the wedding took place:

1345: Queen Elizabeth II hosts the first of two receptions for the newlyweds.

1320: Kensington Palace offers a description of the wedding cake: "A filling made from Amalfi lemon curd and elderflower buttercream ties all the elements together. The cake is decorated with Swiss meringue buttercream and 150 fresh flowers, mainly British, and in season, including peonies and roses."

1303: Meghan Markle, the Duchess of Sussex, chose to wear the diamond bandeau made for Queen Mary more than 100 years ago.

1253: Kensington Palace tweets a photo of the couple's "first kiss."

1228: DW's David Martin shared video of a crowds singing as they waited for the royal couple to pass in the sunshine.

1225: The carriage is an 1883 Ascot Landau drawn by four gray horses from the Queen's stables.

1222: Harry was also given the titles of Earl of Dumbarton, Scotland and Baron Kilkeel, Northern Ireland, respectively.

"The Queen has today been pleased to confer a Dukedom on Prince Henry of Wales. His titles will be Duke of Sussex, Earl of Dumbarton and Baron Kilkeel," the palace said in a statement.

1206: The Duke and Duchess of Sussex, as they are now known, leave the church, kissing at the top of the chapel steps. They begin a tour through the town in a horse-drawn carriage. The tour will pass by people who have been camped out for up to three days in the hope of catching a glimpse of the royal couple.

1159: Kanneh-Mason plays "Ave Maria" by Franz Schubert. All pieces have been arranged for cello and orchestra by Chris Hazell.

1153: Cellist Sheku Kanneh-Mason, who won the 2016 BBC Young Musician of the Year award, performs as soloist in the piece "Sicilienne" by Maria Theresia von Paradis.

1147:  As the last hymn before the newlyweds leave, all sing "Guide Me, O Thou Great Redeemer" — the last hymn sung at the funeral of Diana, Princess of Wales, Harry's mother.

1143: Archbishop of Canterbury Justin Welby calls for God's blessing on the couple. 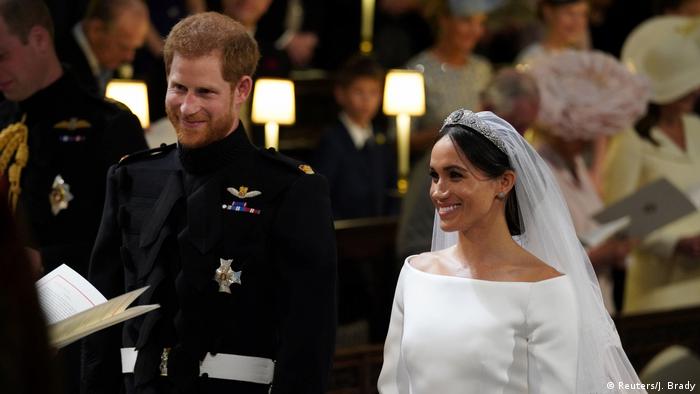 1137: The couple have exchanged vows of matrimony. They were heard by Archbishop of Canterbury Justin Welby.

1117: Michael Bruce Curry, a US Episcopalian bishop, gives an impassioned wedding address. His words center on the power of love to transform human lives. 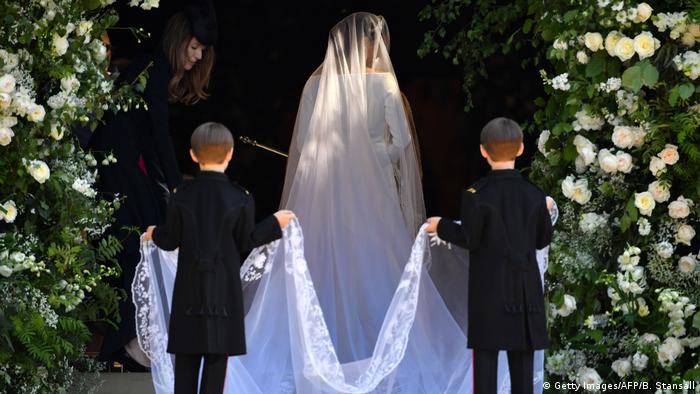 1106: Prince Harry and Meghan Markle are at the altar, hand in hand, as the ceremony begins. Harry tells Meghan, "You look amazing." Meghan Markle was walked to the altar by Prince Charles, her soon-to-be father-in-law. She is wearing a long-sleeved, boat-necked dress made by British designer Clare Waight Keller.

1058: Catherine, Duchess of Cambridge, the wife of Prince William, arrives at the wedding with their two eldest children: Prince George, 4, and Princess Charlotte, 3. The children will be among the 10 young bridesmaids and page boys at the ceremony. The bride is dispensing with a maid of honor.

1057: British air traffic controllers say there will be 15 minutes during which no airliners will fly above the castle to allow the ceremony to take place in peace and quiet. Heathrow Airport, one of the world's busiest, is just 16 km (10 miles) from the wedding venue and directly under the flight path. 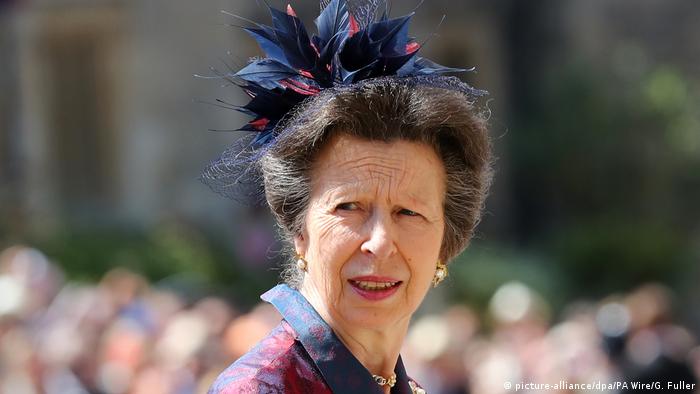 The royal family, including Harry's aunt, Princess Anne, are in attendance

1054: Queen Elizabeth II, the grandmother of the groom, arrives at Windsor Castle. Her husband, Prince Philip, joined her at the castle.

1053: The father of the groom, Prince Charles, arrives at the wedding with his wife, Camilla, Duchess of Cornwall.

1036: Prince Harry and his best man, who is his brother, Prince William, arrive at St. George's Chapel in Windsor Castle. Both are dressed in military uniforms of the Blues and Royals regiment.

1020: Meghan Markle, the to-be wife of Prince Harry, leaves for her journey to Windsor in a vintage Rolls-Royce automobile belonging to the Queen, accompanied by her mother, Doria Ragland. 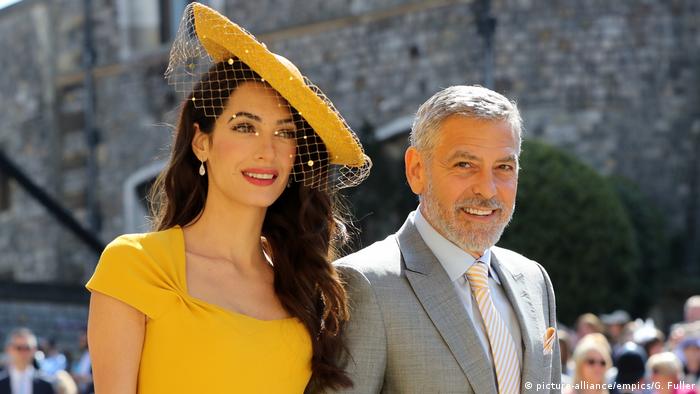 0713:  Buckingham Palace announces that Prince Harry and Meghan Markle are to become Duke and Duchess of Sussex upon their marriage.

Dressing for the queen: A royal wedding dress code

Invitations to the wedding of the year were limited to "just" 600 guests at the ceremony and included a strict dress code for members of the royal family, as well as big name celebrities from both sides of the Atlantic. (19.05.2018)