Cuba is currently mired in an energy crisis, forcing some farmers to plow their fields with oxen. Experts, however, have downplayed fears that the country's current woes are as severe as they were during the 1990s. 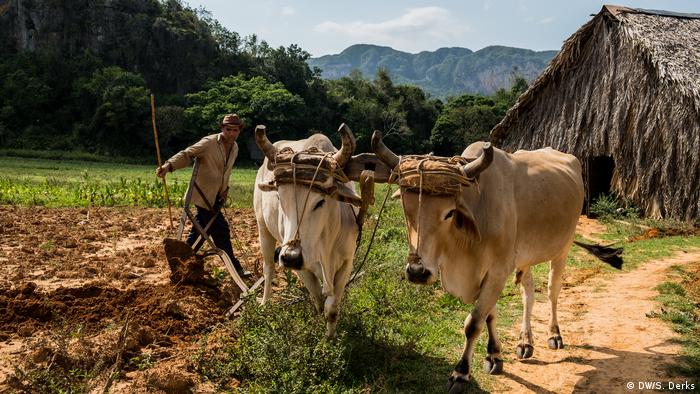 Replacing tractors with oxen, long lines at gas stations and lengthy waits for public transportation are just a few of the most visible signs of Cuba's current fuel shortage.

President Miguel Diaz-Canel's government has downplayed the worsening energy crisis as "economic weakness," but has warned that difficult times lie ahead.

Many Cubans have directed their frustration at Diaz-Canel himself, posting memes and biting criticism on social media. Groups formed on the WhatsApp messenger service asked: "Where can I get gasoline?"

Read more:Cubans grapple with food shortage due to Venezuela crisis

A reminder of difficult times

The current cutbacks have prompted comparisons to the Special Period — a euphemistic expression for the dire economic crisis that hit Cuba as a result of the disintegration of the Soviet Union in 1991, and the tightened US sanctions that followed.

At the time, the country lacked vital necessities including food, medicine and everyday goods such as shoes, clothing and hygiene products. Workers worked shorter hours due to a lack of electricity that sometimes was out up to 16 hours a day.

This time around, public transportation has again been reduced to a minimum. Police are stopping cars without passengers and forcing the drivers to transport people. On the sugar cane fields, where Cuba's main export is cultivated, tractors have been replaced with oxen. According to state media, 4,000 teams of oxen are scheduled for use.

The government's very claim that the current problems are not quite as bad as they were in the 1990s has certainly alarmed many Cubans, says Bert Hoffmann of the Hamburg-based GIGA Institute for Latin American Studies. "The Special Period is the elephant in the room, but the current situation has by no means reached the dreadful levels of the early 1990s," Hoffmann says.

A 'survival economy' in turmoil

Günther Maihold, Latin America expert at the German Institute for International and Security Affairs (SWP), agrees Cuba is not experiencing a relapse of its worst economic crisis. "Cuba is still trying to explore alternative possibilities," Maihold told DW, adding that the Cuban economy has always been a "survival economy," which is manifest in strict savings and short-term measures that have a long tradition in the country.

The effective discontinuation of oil supplies from Venezuela and the Trump administration's tightening of US sanctions have been key factors driving the current energy crisis. Brazil's scrapping of the Doctors for Brazil program was another "severe blow," Hoffmann says, explaining that the initiative brought Cuba foreign currency. "The financial damage was equivalent to an entire tobacco harvest in Cuba," he says. 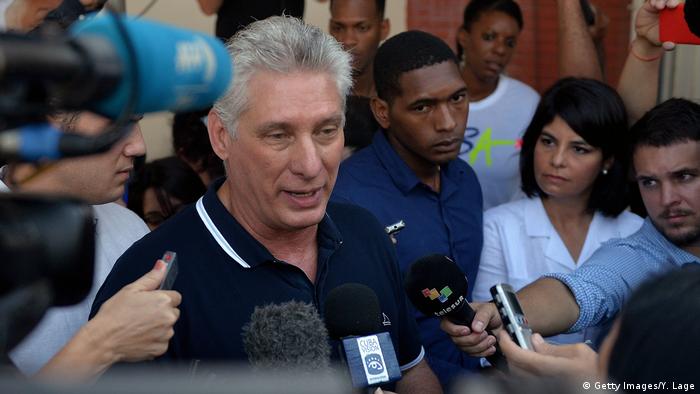 Cuba's booming tourism industry has also suffered significant setbacks as a result of the de facto travel ban for US citizens. In addition, US companies that used to own property in Cuba can again assert their claims before US courts. This deters investors, Hoffmann argues. "The sanctions from the USA apply to various sectors and add up to a serious backslide for the economy," he says. These problems add to homemade structural problems that have not yet been solved," Hoffman adds.

After 60 years under the Castros, President Diaz-Canel is banking on gradual, step-by-step change in Cuba, Hoffmann says. "He would like to be a modernizer." The current external circumstances and the pressure to close ranks within his party has forced him into a permanent "crisis mode" that leaves him no wiggle room for reforms, Hoffmann argues.

The SWP's Maihold agrees: "Diaz-Canel initially tried to establish himself as a communicator, traveling across the country, trying to position himself as the contact person for the people, an effort which was also designed to consolidate his legitimacy in office."

Diaz-Canel's problems are far removed from the Cuban people's everyday problems, which have been exacerbated by the current energy crisis. "The mood is bad," says Hoffmann. However, he concedes, people lack a credible alternative.

We are just halfway through the year, and humanity has already used up all the resources the Earth can sustainably produce. From now on, we are borrowing from the future.