In Cuba putting food on the table has become increasingly difficult, as Venezuela cuts back on oil shipments. Now that Cubans have access to the internet, they are raising their voices on social media. 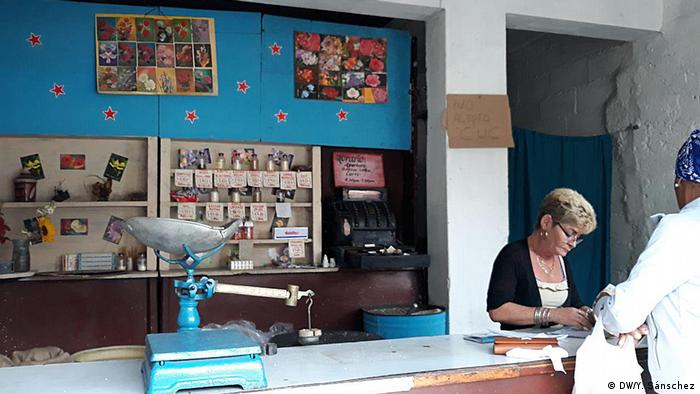 A woman on a balcony spots the arrival of a refrigerated truck that is supposed to supply the corner store. She doesn't miss a beat, hollering: "Maricusa, the chicken has arrived!" Minutes later the neighborhood swells with people running, bags in hand, toward the small shop that has not had any meat at all for three weeks.

They will have to wait three more hours for the merchandise to be unloaded, and only two packages will be available for purchase per person.

Read more: How much influence does Cuba have on Venezuela?

This could be a scene from Havana, Santiago de Cuba, Camaguey or any town on this island. A shortage of food that has worsened in the past few months has made daily life much more complicated for 11 million people.

Before, one could barely escape the cycle of searching for money to buy food, waiting hours at a bus stop, and diving into the black market to acquire certain products. But now, the amount of time it takes to put food on the table has tripled and the difficulties in finding it have increased tenfold.

At first, flour was missing. So by the end of 2018, buying bread or cookies was hugely difficult. Around Christmas, red flags were waving about continuing shortages. The price of pork, the symbolic Dow Jones of Cuba's domestic economy, skyrocketed, and by last month it had reached 70 Cuban pesos (CUP) per pound (€2.30; $2.60), two days worth of wages for the average Cuban professional.

Chicken and typical dishes such as Cuban picadillo — made with ground meat — hamburgers and hot dogs all rose in price. Hot dogs have been a regular meal for hundreds of thousands of families for years, since at a little more than one euro for a package of 10 hot dogs, they offered the best value for money. 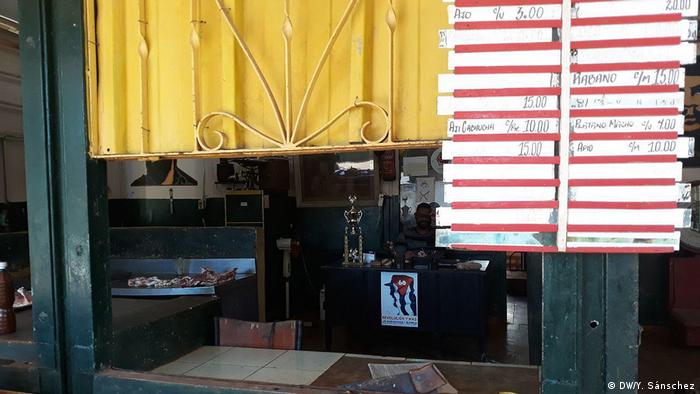 Meat was the first foodstuff to become more expensive, or disappear entirely from Cuban stores

The government has attributed the lack of food to problems with international providers, the poor state of the milling industry, which processes imported wheat, and has blamed hoarders for making it harder for everyone to have enough goods. It avoids using the word "crisis" and has also censored the national media's use of the term "Special Period," the euphemism under which the economic disaster that followed disintegration of the socialist model in the 1990s was known.

Fridges remain empty as the ideological discourse has intensified. Incendiary rhetoric seeks to blame the shortages on the US embargo, even as economists and analysts agree that the real cause is Venezuela, which has cut back significantly on its oil shipments to the island.

Havana used to resell a portion of that oil on the international market for cash, which meant a lifeline for an economy with little productivity and an excessive state apparatus that is inefficient and expensive to maintain.

While many expected the tough circumstances to prompt President Miguel Diaz-Canel's administration to push for a greater opening of the private sector, relax state controls, lower taxes to promote entrepreneurship and make draconian customs rules more flexible, the government has gone in a different direction: It has moved to ration many food items that, until very recently, were more freely available for purchase. These measures have awoken the ghosts of a people traumatized by the experiences of two decades ago. 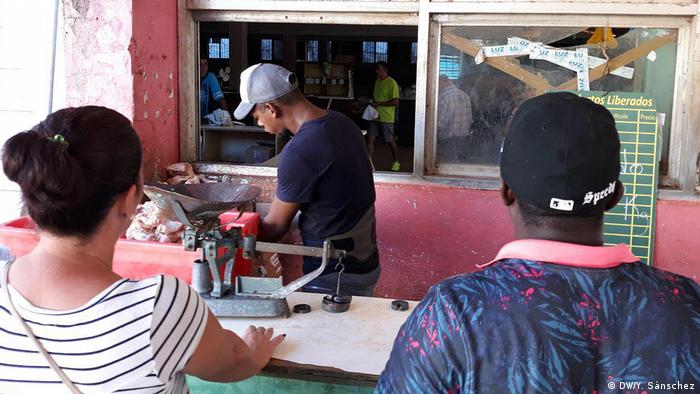 A backlash was unavoidable, this time propelled by new technologies that allow Cubans to report on their worsening quality of life. That is how a uniquely Cuban challenge came about on social media: Using the hashtag #LaColaChallenge (#TheQueueChallenge), citizens are flooding Facebook and Twitter with personal evidence of food queues, the chaos of shopping and angry customers waiting for hours outside stores.

Unlike those difficult years following the end of the Soviet Union, Cubans do not appear to be willing to bear the crisis in silence. Mobile phones and internet services, which recently became available on them, have significantly changed the narrative on the island.

While food is scarce and expensive, Cubans' lack of conformity is in high enough supply to transform into public pressure.

Venezuela's self-proclaimed interim president, Juan Guaido, says the army now backs a change of government. Guaido told DW that the military is no longer on the side of acting President Nicolas Maduro. (01.05.2019)