There is still no wireless internet in Cuba. This has not stopped the head of state, Miguel Diaz-Canel, from taking to the digital world with his Twitter account. But his online propaganda is not going unchallenged. 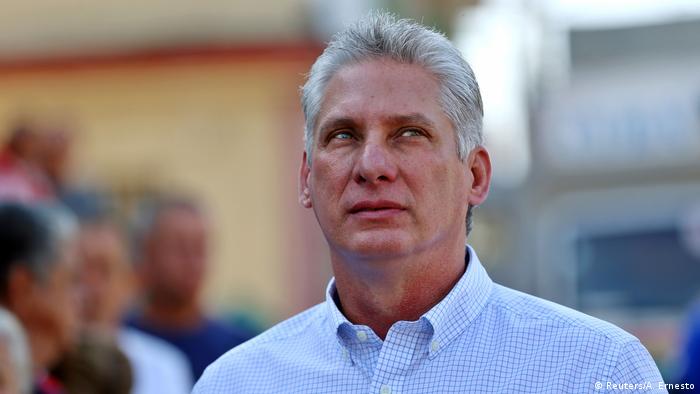 Cuban President Miguel Diaz-Canel is exploring new territory and has discovered the possibilities Twitter can offer as a propaganda platform. On Wednesday, Diaz-Canel wrote his first tweet. In it, he posted a photo to commemorate October 10, the day the founder of the Cuban nation, Carlos Manuel Cespedes, freed his slaves and invited them to join him in the first war of independence against Spanish colonial rule.

Despite the relatively boring tweet, the president had more than 6,000 followers within a few hours. This sounds more surprising than it is, since days before, Cuban ministries and authorities, embassies abroad and all other "friends of the Cuban revolution" had been called upon to "welcome" the president on Twitter.

Despite the warm welcome, there were also critical voices, such as that of Cuban opposition member Rosa Maria Paya. She is the daughter of Oswaldo Paya, winner of the Sakharov Prize for Freedom of Thought. In her tweet, she attacked Díaz-Canel's self-description in his Twitter profile.

"President? To become president, you have to be elected by the people in free, fair and open elections. Something that your regime forbids. Just because Raul Castro calls you that does not mean that Cubans and the world believe it. Don't be ridiculous!" the tweet ran.

Read more: As the Castro era ends, Cubans grumble at pace of reforms

A simple tweet has turned into a historical political issue for Cuba: Diaz-Canel is the island's first president to actively use Twitter as a personal tool for government propaganda. It is one of the visible signs of the shift in power from the old to the younger generation in high state office — and it is particularly remarkable in view of the fact that the government is taking action against the numerous (exiled) opposition members represented on Twitter.

Cuba's internet development is still in its early days. Until 2016, official statistics still contained the category "Cubans who go online at least once a year." At the same time, the regime felt compelled to campaign on Twitter against the famous blogger Yoani Sanchez, what was then called the "Cuban blogosphere," and the "mercenaries of imperialism." 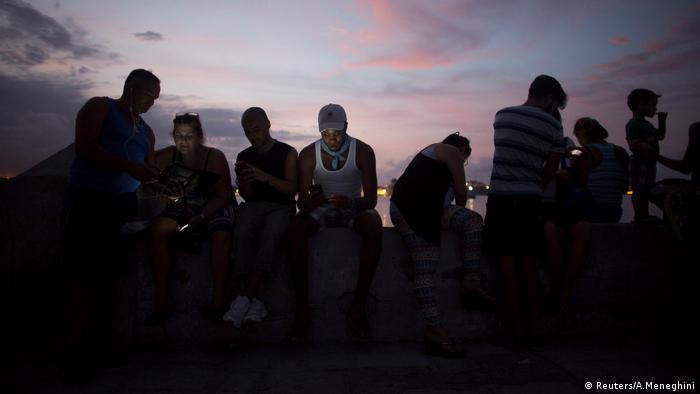 In Cuba, the Web community meets up personally as well — at the 400 hotspots in the country

These actions were led by students and graduates of the University of Informatic Sciences in Havana, who were given the honorary title "Cyber Army of the Revolution." Their hacker and troll activities made life on the internet difficult for the opposition. The opposition within Cuba was thus mostly dependent on outside help to use the internet for its purposes.

The maintenance of government-loyal hashtags such as "We are Cuba" (#SomosCuba), "We are continuity" (#SomosContinuidad) and "I follow my president" (#YoSigoAMiPresidente), as well as Diaz-Canel's self-description on Twitter, leave no doubt that the government will continue its digital strategy.

The promised measures to roll out the internet for all Cubans in 2020 are being questioned, even by government supporters. They are critical of the fact that, despite the creation of 400 Wi-Fi hotspots nationwide, internet bandwidth is still far too small. Explaining to the public the high costs involved in creating nationwide internet coverage may also prove difficult. The opposition, for its part, suspects that the communist government will try to set up an internet based on the restrictive censorship models in China, Vietnam and even North Korea.

In the meantime, President Diaz-Canel has attracted the attention of 24,000 followers with just eight tweets. However, these eight tweets give no cause for hope that Diaz-Canel could turn out to be a Cuban Gorbachev seeking a path away from the legacy of Fidel and Raul Castro.

The Cuban revolution "will carry on," Cuba's new president Miguel Mario Diaz-Canel Bermudez said after succeeding Raul Castro at the post. Castro is set to mentor Diaz-Canel and remain the leader of the Communist Party. (19.04.2018)