How much influence does Cuba have over Venezuela? | Americas | North and South American news impacting on Europe | DW | 09.03.2019

The United States has accused Cuba of controlling Venezuela's political elite, its army and its intelligence services. Havana denies the claims and has called on Washington to provide evidence. 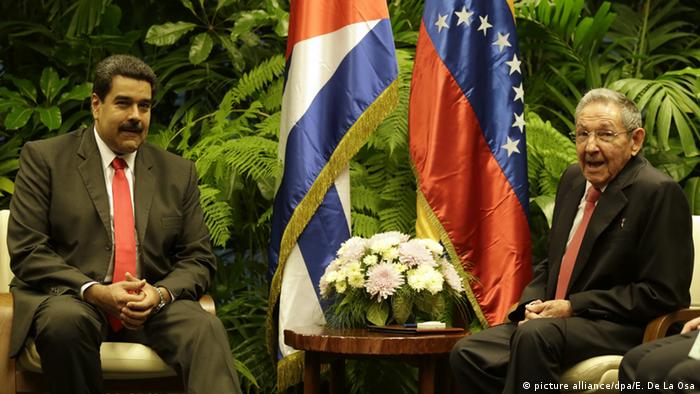 In US President Donald Trump's eyes, Venezuelan acting President Nicolas Maduro is nothing more than a "Cuban puppet." Furthermore, when Trump addressed supporters in Florida in late February, he accused Cuba of stationing troops in Venezuela, and he openly threatened US military intervention as a means of helping the self-proclaimed interim president, Juan Guaido, to power in Caracas.

The Cuban government reacted swiftly. Foreign Minister Bruno Rodriguez called the accusation offensive, demanding the US present evidence proving that Cuban troops were stationed in Venezuela and that Cuba had infiltrated the Venezuelan military.

But the US is not Cuba's only accuser: The Organization of American States (OAS), non-governmental organizations and Venezuelan military veterans have made similar accusations.

"The Cuban foreign minister is demanding irrefutable evidence because Caracas and Havana have hidden it all very well," says Dr. Ivo Hernandez of the Institute of Political Science at Münster University in Germany. He says President Maduro controls information in Venezuela and that he keeps economic data — such as the real inflation rate — as well as the scale of Cuba's presence in the country, under wraps. "But former Venezuelan military officers have offered more than enough testimony on Cuba's influence," Hernandez tells DW.

Read more: Venezuela crisis: How the world sees it 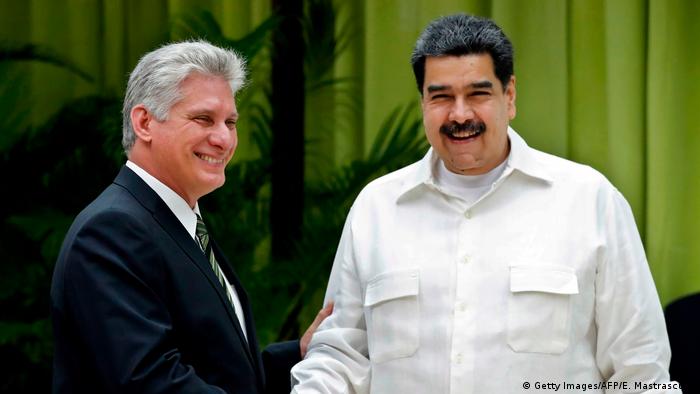 Evan Ellis, a professor at the Strategic Studies Institute (SSI) at the US Army War College in the US state of Pennsylvania is of the opinion that there is sufficient circumstantial evidence to prove Cuban influence over the Venezuelan military. Speaking with DW, Ellis stressed: "If the US has information, then it is obviously top secret. So if the Americans put that information on the table their accusations gain credibility. But at the same time, they may be putting the lives of informants at risk while also exposing their own information-gathering methods."

The US military expert views testimony provided by the many Venezuelans who claim daily direct contact with Cubans as incontrovertible. Among those who have claimed as much are teachers, sports trainers, doctors, technicians and military personnel, he says. "It cannot be discounted that a portion of these people work with Cuban intelligence services," says Ellis.

And when exactly did Cuba begin exerting influence over Venezuela? Expert opinions differ on this point. Many say that influence already existed before the attempted overthrow of former President Hugo Chavez on April 11, 2002. In any case, observers view that date as a turning point. 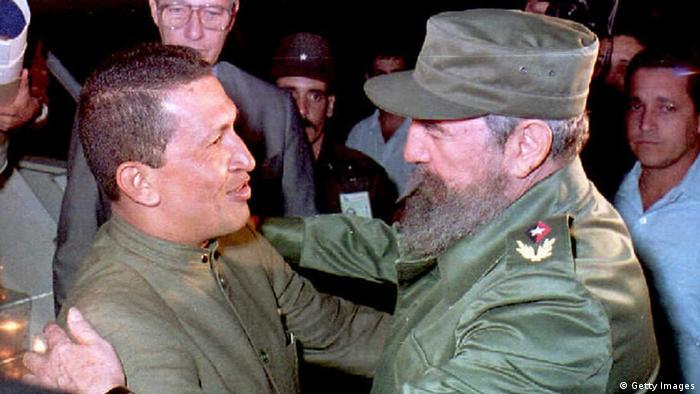 The fact that the Cuban leadership under Fidel Castro actively sought to export the country's revolutionary model — to countries that included Venezuela — after its own revolutionary success in 1959 is undisputed. "Castro's plans for Caracas needed a manipulable individual to come to power before they could be put into action. That individual was Hugo Chavez, who ruled Venezuela from 1999 until his death in 2013," says Ivo Hernandez. In his opinion, Cuba began exporting its Soviet system of political, social and economic control some 15 years ago.

In his book "The Days of Submission" (Días de Sumisión), Venezuelan journalist Orlando Avendano describes Castro's expansionist plans for Venezuela — long before Chavez came to power. "My research concentrates on the time between 1959 and 1994, the year that Castro and Chavez first met, with the latter being utterly hypnotized by Castro," says Avendano. The author uses numerous sources and contemporary eyewitness interviews to depict Cuba's early support for revolutionary forces in Venezuela and Havana's involvement in a February 4, 1992, coup attempt led by a young lieutenant colonel by the name of Hugo Chavez. "The rest," says Orlando Avendano, "is history."