Germany's top criminal court maintains that H&K lied to the German government to sell arms to Mexico, using false statements to export more than 4,000 machine guns between 2006 and 2009. 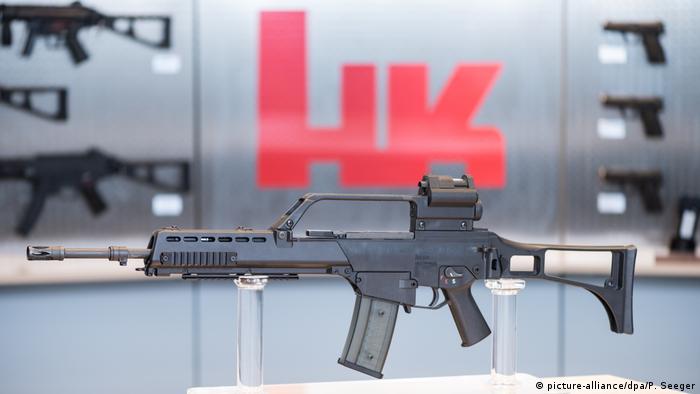 H&K sold made millions selling machine guns to Mexican states with terrible human rights records, and it lied to do so

In 2019, the District Court of Stuttgart ruled that two H&K employees had broken federal law by failing to declare the true destination of arms sold by the company in so-called end-use statements. Though the court found three individuals innocent in the case, it gave 17 and 22-month suspended sentences to two defendants, as well as ordering the confiscation of €3.7 million ($4.34 million) in revenues tied to the sales.

Tuesday's ruling upheld the lower court guilty verdicts against the two individuals as well as the confiscation of money earned from the sales.

The case made its way to Germany's top criminal court on appeal by both defense attorneys and the prosecution. Lawyers for the defendants, one of whom died in 2015 and another who now lives in Mexico and claims to be too ill to travel, were seeking acquittal, whereas federal prosecutors were seeking harsher penalties.

Although the BGH has initially only ordered H&K to hand over €3 million of the original €3.7 million seizure while it reviews questions pertaining to limitations statutes on the remaining €700,000, a recent Federal Constitutional Court decision on the issue would indicate that the arms manufacturer will ultimately be forced to give up the entire sum.

Presiding judge Jürgen Schäfer said that although Heckler & Koch's management board may not have been involved in the crimes it must nevertheless take responsibility for the actions of its employees.

Editor's note: An earlier version of this article incorrectly described the financial seizures H&K faces in this case as a "fine," when it is in fact a confiscation of revenues from the illegal sales, rather than a criminal penalty. We apologize for the inaccuracy.