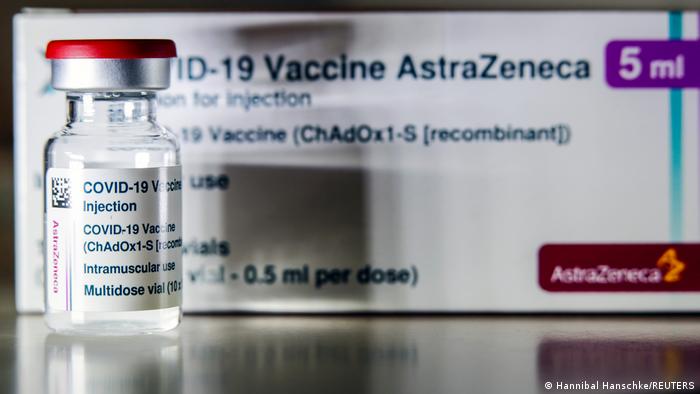 The World Health Organization (WHO) said on Wednesday it was still reviewing safety concerns over the AstraZeneca vaccine, but it recommended continuation of its use based on the current benefit-risk assessment.

There have been fears about the safety of the vaccine in some countries after several cases of blood clots or brain hemorrhages in people after receiving the inoculation. A small number of deaths have been reported.

"At this time, WHO considers that the benefits of the AstraZeneca vaccine outweigh its risks and recommends that vaccinations continue," the agency's statement read.

Countries reporting and investigating adverse side effects after vaccination is a necessary measure, however, it does not mean that "the events are linked to vaccination itself," the WHO explained.

"It also shows that the surveillance system works and that effective controls are in place."

The WHO added that coronavirus vaccines were not expected reduce the widely common illness or deaths that are caused by blood clots.

Speaking with DW, Frank Ulrich Montgomery, chair of the World Medical Association (WMA) said he agreed with the German government's decision to suspend inoculations: "When the health minister gets advice from his scientific bodies that there is a problem, a new problem, an unknown problem with the vaccine — even if it is only one-in-150,000 administered doses of vaccines — he has to check." Montgomery, however, sees the suspension as temporary, "personally, I'm convinced that we will continue vaccinating with AstraZeneca."

Why are vaccinations on hold?

The WHO, AstraZeneca, and the European Medicines Agency (EMA) have all insisted the AstraZeneca shot is safe, and that there is no link between the vaccine and reported blood clots. They say clots are not occurring in greater numbers or frequency than normally in the general population. The EU medical regulator said on Tuesday that the benefits of the jab outweigh any possible risks.

However, the EU's largest three nations — Germany, Italy, and France — joined others in suspending the use of the vaccine on Monday, with others following suit. Health matters in Europe have traditionally remained the preserve of national governments, rather than the EU or EMA.

The news has dealt a blow to the global immunization campaign against coronavirus, a disease that has now killed more than 2.6 million people.

The suspension of the jab and an already sluggish inoculation campaign across the EU pose a threat to plans announced by the European Commission on Wednesday to launch "green digital certificate" to collate vaccine information.

The vaccine was developed by British-Swedish firm AstraZeneca and the University of Oxford in England. More than 11 million doses have been administered in the UK, without any major problems reported.

Can EMA do anything to restart the rollout?

Vice-President of the European Parliament Katarina Barley said there was little that the EU or the EMA could do to have the vaccinations resumed across the bloc.

"There is very little authority the European Union can impose on the member states. And this is a very emotional topic of course," Barley told DW. "So if you have one country that says, 'For us the risk seems to be to high' and doesn't use the vaccination any more, the pressure rises for the others of course, because the population is saying , 'Wow, there's a danger.'"

Jutta Paulus, a licensed pharmacist and a member of the European Parliament for the Green Party, said the "benefits of taking the AstraZeneca vaccine do outweigh the risks."

Asked why several countries have stopped using the AstraZeneca shot when the EMA has declared it safe, Paulus said it was not a case of the EMA against the member states.

"It's rather the EMA saying, OK, a number of countries have experienced issues. They are taking the safe side. It's our job now to collect all the data from all the member states. And also we're looking at other data, for example, from the UK, where we have millions of vaccinations with AstraZeneca being administered and then put together the pieces in order to have a scientific assessment of what's happening now."

The WMA's Montgomery said: "We have to have total transparency, and then every person has to make their own choice. And we have to offer those who will not take AstraZeneca another vaccine. There is no point in sending them home and saying, 'OK, you've had your chance, you're not going to get anything,' because it is in the public interest to get the whole population vaccinated. If we don't have herd immunity, then we will never come back to conquer this disease."

WHO advisers say Johnson and Johnson's COVID-19 jab seems to work against worrying coronavirus variants. The vaccine has been approved by the EU, US, Canada and South Africa.