WHO advisers say Johnson and Johnson's COVID-19 jab seems to work against worrying coronavirus variants. The vaccine has been approved by the EU, US, Canada and South Africa. 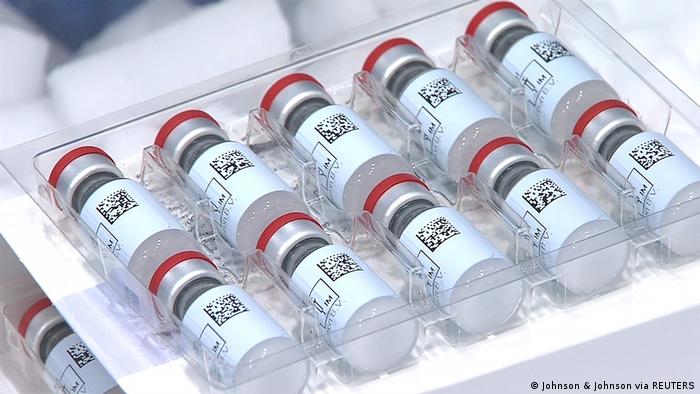 The COVID-19 vaccine developed by US pharma firm Johnson & Johnson has shown itself effective in countries where coronavirus variants are spreading, advisers from the UN's health agency said on Wednesday.

The single-shot vaccine was approved by the World Health Organization on Friday, joining the BioNTech-Pfizer and AstraZeneca jabs, which both require two doses, in receiving the WHO's blessing.

"After reviewing the evidence, we have a vaccine that shows to be safe and it shows to have the necessary efficacy to be recommended for use by us in people over the age of 18, without an upper age limit," said Alejandro Cravioto, the chair of the WHO's Strategic Advisory Group of Experts (SAGE) on Immunization.

The vaccine was approved by the European Union on Thursday and has also been authorized by the US, Canada and South Africa.

The president of the European Commission, Ursula von der Leyen, said on Wednesday that the first J&J vaccines would arrive in the EU in April.

The COVAX vaccine-sharing facility backed by the WHO has meanwhile said it has an agreement to send out "hundreds of millions" of J&J shots. It aims to secure 2 billion doses of the vaccine by the end of 2021.

What are the mutations of concern?

The announcement comes as coronavirus mutations fuel an upsurge in COVID-19 cases across the world, with the WHO saying there was a 10% rise in new infections globally last week. Most cases are in the Americas and Europe.

One variant, B. 1.1.7, first detected in Britain, has now spread to more than 90 countries, including Germany. It is believed to be up to 30-50% more infectious than other major coronavirus strains and more deadly as well.

The B1.351 variant found originally in South Africa has raised concerns that it might be particularly resistant to the antibodies produced by the currently available vaccinations. It, too, has spread to several other countries.

The P.1 variant was first found in Brazil. It is also thought to be more contagious than other strains.

The announcement by the WHO on the J&J vaccine also coincides with the suspension of the use of the AstraZeneca jab in many countries' inoculation drives, including in Germany. This came after reports of blood clots, bleeding and low platelet counts in some people who have received the vaccine.

Health experts have largely said that the suspension is the result of an overabundance of caution and that such problematic side effects occur too rarely to have real significance.

The WHO announced on Wednesday that the benefits of the AstraZeneca vaccine outweigh the risk.

The EU's drug regulator says it will report its full findings on Thursday, though it has already said it is "fully convinced" that the vaccine is safe to use.