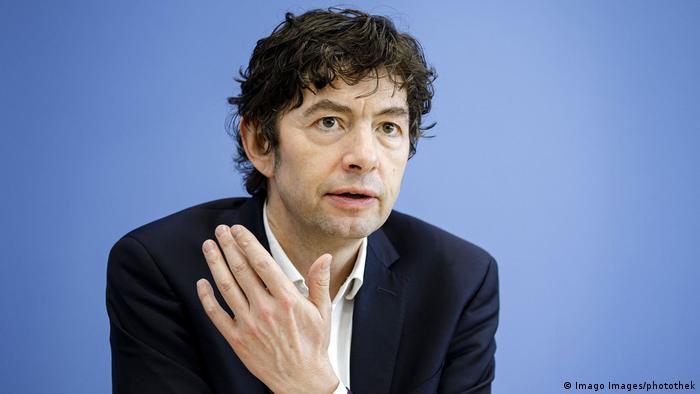 Drosten — whose advice has influenced government decisions in the past — said that, by early April, Germany could see caseloads rise back to levels last seen in December.

He said the variant, first recorded in the UK, was making infections "drastically more difficult" to contain.

"We will have a situation shortly after Easter like around Christmas," the virologist said Tuesday in the latest edition of his podcast "Coronavirus Update."

Drosten, of the Charité University Hospital in Berlin, was credited with much of Germany's success in tracking and tracing the virus in the earlier stages of the pandemic last year.

What Drosten said about the UK variant

The scientist said the more infectious British variant was increasingly prevalent, with its share now amounting to three-quarters of cases.

Commenting on several studies of the UK strain, Drosten concluded that the virus has become not only more transmissible but also more dangerous.

"That's not a good message, especially in these times and with the way the news is."

What he said about the AstraZeneca vaccine row

He lamented developments surrounding AstraZeneca jab, with the vaccinations now suspended in much of Europe amid safety fears.

Given that a third wave of coronavirus was building in Germany, the scientist said, the main thing to remember at the moment was "that we need this vaccination." However, he also added that an observed incidence of blood clots soon after taking the vaccine must "of course be taken seriously and looked at."

Drosten repeated an earlier warning that the situation in the coming weeks for the largely unvaccinated cohorts over the age of 50 would be particularly "dicey."

German intensive care doctors on Monday warned that some social restrictions should be put back in place to avoid another resurgence.