COVID forecast for Germany: Gloomy with a glimmer of hope | Germany | News and in-depth reporting from Berlin and beyond | DW | 16.03.2021

COVID forecast for Germany: Gloomy with a glimmer of hope

Germany has spent winter in coronavirus lockdown. Spring is now here, and the country is slowly opening, but cases are rising, and the vaccine rollout is going slowly. How are people coping? 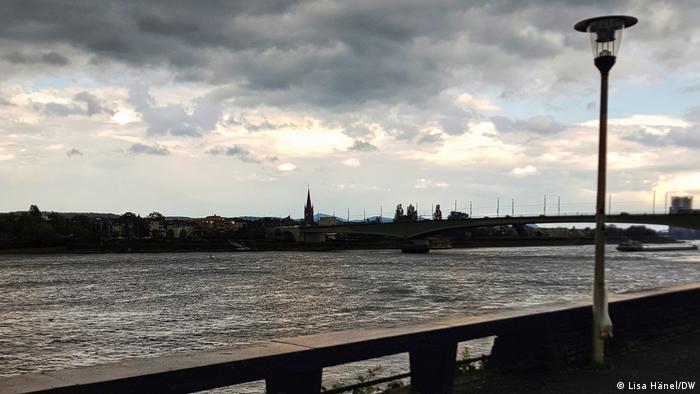 There is a hint of spring in the air in the German city of Bonn, but frequent rain showers are disturbing the patches of sunshine.

Just like the weather, Germans are ambivalent — a year since the pandemic began, there are good days and bad days.

That's how it feels for 38-year-old Jan. He sits on a wooden boat in a playground, watching his two-year-old daughter dig in the sandpit.

"It feels like our batteries are about to run out," he says. He and his wife work shifts, sharing responsibility for their daughter; a few hours every week, she goes to daycare.

"I really wish there had been a better plan for everything to do with children," he explains.

For months, daycare providers and schools were almost entirely closed in Germany. They opened for certain year groups in the last few weeks. Jan says that he can no longer understand the logic of the German government's coronavirus restrictions.

"It's an odd mixed bag," he says. "Vaccination is going so slowly but at the same time everything is opening — even though case numbers are rising." 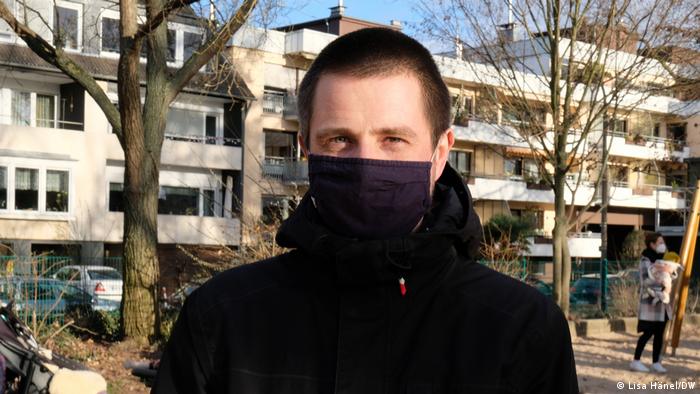 Jan apparently shares this dissatisfaction with much of Germany. For a long time, all polls showed the same thing: people were broadly satisfied with the decisions of Chancellor Angela Merkel's government in tackling the crisis.

But this satisfaction is declining rapidly. One YouGov study from March 12 showed only 35% of those surveyed were satisfied with the government's handling of the pandemic. Last September, the same survey showed 63% were satisfied; in February it was 43%.

Easing out of lockdown

Bonn, the former capital of West Germany, is a peaceful small city that straddles the Rhine.

There are dozens like it in Germany, and while the mood there does not reflect the country as a whole, it is not a bad case study.

Germany is taking its first steps out of the lockdown. Stores have been allowed to reopen in some German states since March 8 — in some cases, as in Bonn, only by prior appointment. This is an inconvenience, but the city center is much busier than it was in January. Young people are lined up in front of stores, laden down with shopping bags.

Business-owner Alessandra Cuschié is pleased about the tentative opening steps and the fuller downtown. She owns a "concept store" with clothing, home accessories, and jewelry in the heart of the city. A woman stands in the doorway of her store, shouting: "I have an appointment!"

During the time when the store was closed, she kept in touch with her customers through social media.

"We went live on Instagram and Facebook to showcase our new fashions," Cushié says. But this did not make up for the loss of sales. She doesn't yet know exactly how serious it will be, but she expects sales will be more than 50% down. 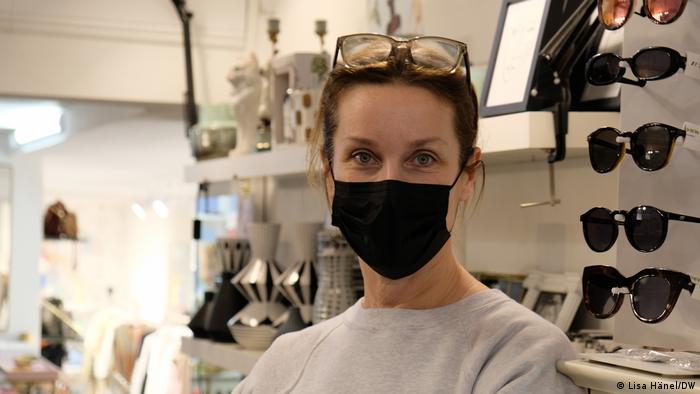 Ute has come to the Rhine in the early evening to watch the sunset. The rain has subsided and reddish light shimmers behind thick clouds. In her hand, Ute holds a steaming coffee.

The 52-year-old lives alone but she says she has coped well with the restrictions during the past twelve months.

"But in the last phase, a few weeks ago, it became difficult. My mood got a lot worse and I had so many problems," she explains. For six weeks she felt paralyzed in body and mind.

"It's just been too long, everything. There was no light at the end of the tunnel, with bad news all day." But at some point, her mood flipped again, and she has been feeling better ever since.

On the opposite side of the Rhine, Saifudden and Samir also chose to meet to enjoy the last hours of the evening outside. The two men in their mid-twenties are best friends and see each other once a week. They sit facing each other on a wall, about a meter and a half between them, enjoying an after-work drink.

Samir is a baker and Saifudden lives in a refugee shelter. Every Monday, they are tested for coronavirus there.

"It's good for us," he says. Twenty people share a kitchen. In December, his test result was positive. He spent two weeks in quarantine in a hotel room. That was a bad time, he says.

"My head went like this," Saifudden says, spinning his finger in circles.

A few minutes' walk north, Katrin Lindstädt escapes the dreariness of her online-only student life at a vegan café where she works here a few hours a week. Through the window, customers are buying food and drinks to go. Lindstädt is pleased she could keep working.

"Especially because my university experience currently consists of getting up and going to the laptop two meters away," she says.

But her job at the cafe has also changed, she says. The cafe is well-known in the neighborhood and before the pandemic, tables were set up on the sidewalk in front of it during the warm months, and they were always occupied. All the regulars still came, she said.

"But contact is just more difficult now. We can't chat with the customers," Lindstädt says. "It's just all less fun than before."

The sun has now disappeared and there is a cold wind blowing from the river. Normally when spring comes, there are crowds of people sitting together on the riverbank again.  But at the moment, that seems very far away.

A leading expert has warned an easing of restrictions has led Germany to the brink of a third wave. Intensive care doctors warn that partial lockdown measures must be put back in place.

Coronavirus: How to cope in the pandemic

The coronavirus pandemic has brought loss, unemployment, and loneliness to many. But the crisis has given some the impetus to change their lives for the better.