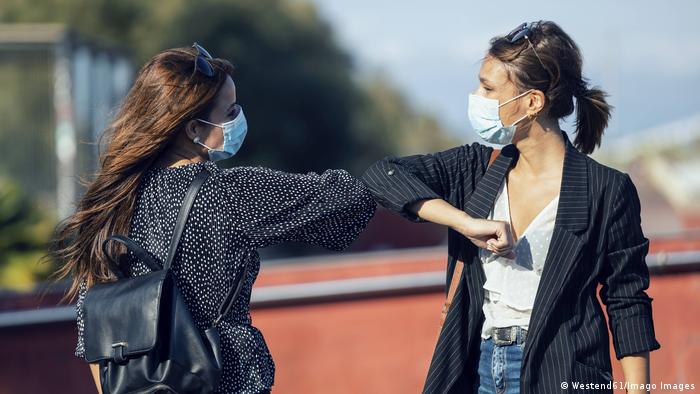 The pandemic might be keeping people apart, but it's also brought people closer together

Before the coronavirus pandemic broke out, 17-year-old Anna, who asked that her real name not be used, regularly met up with her friends — a group of seven girls who've known each other for years. But nowadays it's impossible to get together for a chat, a bit of shopping or a night out. Instead, the teenagers connect online.

With schools shut across Germany, Anna has lost touch with all but her closest friends. She occasionally goes for walks with a girl who lives nearby.

"I've haven't met up with any other friends," she told DW. "My parents don't want me to, because of the high number of infections."

The introduction of pandemic restrictions almost a year ago has made it difficult to maintain and nurture friendships. Gatherings of large groups have been banned during the shutdown periods. Fearful of contracting the coronavirus, many people turned to meeting friends outdoors — yet the cold winter temperatures make that hard.

Young people aren't the only ones struggling. Parents who are juggling work and homeschooling have little time to socialize. And with sports clubs and bars shut, many are finding it hard to stay in touch with friends. 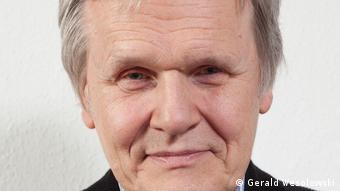 Wolfgang Krüger is a Berlin-based pyschotherapist

So is the pandemic ruining our friendships? Yes and no, Wolfgang Krüger, a Berlin-based psychotherapist who has written a book about friendship, told DW. He differentiates between close and casual friendships, describing the latter as "based on shared activities, like singing in a choir, practicing sports, or playing cards in the pub." Without that context, these friendships fade away, Krüger said. That's one reason why loneliness has become especially acute among elderly single men, he added. 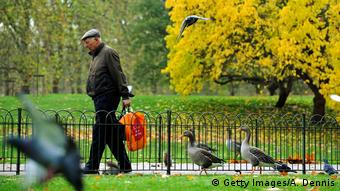 The elderly are especially vulnerable to loneliness these days

It's a development confirmed by Silbernetz, an organization tackling loneliness in old age. A growing number of elderly citizens are seeking out its services.

But Krüger argues that the pandemic had also deepened many close friendships.

"We tend to have three of these at most," he said. "We can tell these friends anything, we trust them completely, and there's a high degree of intimacy." These friendships are likely to have blossomed in the past year, he said, because in times of crisis we need to talk more than ever.

That has been Anna's experience. She said she and one of her friends had been exchanging letters and sharing their innermost thoughts. "We've grown closer than we were before the pandemic," she said, "when we mainly talked in group settings."

However, other friendships have cooled off. "Some of my girlfriends don't get in touch much anymore, and it feels like we're growing apart," she said.

Reaching out to old contacts

A survey on wellbeing and mental health during the pandemic conducted last summer by University College London found that half of the respondents reported no changes in their relationships with others, 15% reported improvements, and 22% said their friendships had deteriorated.

The social media company Snap Inc. has also been investigating the effects of the pandemic on interactions, with a recent study giving weight to Krüger's theory that close relationships have deepened.

On the other hand, said Janosch Schobin, a sociologist who specializes in friendships at the University of Kassel, complex social constellations are one of the reasons why other friends are drifting apart.

During the pandemic, Schopin said, people are reducing their social interactions and focusing on fewer, closer friendships. "This shift in attention means some friends receive sufficient attention," he said, "while others don't." As a result, we find ourselves growing apart from people with whom we once felt close.

Fortunately, there are plenty of ways to tackle loneliness. Some people, Schobin says, adapt and nurture friendships with people they've known for a while, even if they haven't always been close.

Elke Schilling, who works for Silbernetz, said pensioners might consider reaching out to old contacts. She said the organization Silberdraht provided a telephone service for older people, offering entertainment such as radio plays, news and music.

For younger people, such as Anna, social media, apps and online games provide some comfort. But they're no replacement for real life friendships.