'I am completely alone': Loneliness hits elderly hardest during pandemic

Elderly people have reported increased loneliness during the coronavirus pandemic — a situation that can be devastating for their health. As European countries go back into lockdown, the elderly, again, will be isolated. 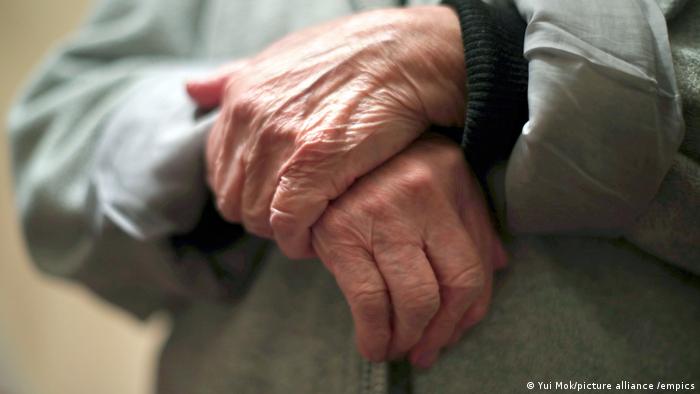 For the past three years, 82-year-old Hanni Meier has lived in the German city of Cologne with only her dog Yipsi for company. Her living room walls are lined with photos of loved ones, reminders of what she no longer has. Her husband, who has dementia, moved into a nursing home after it became too difficult to care for him.

In October, after the nursing home confirmed a coronavirus case, Meier was told she could no longer visit him. For her, the news was particularly hard, as she doesn’t have other family or friends nearby. Her only son died of a heart attack two years ago.

"[The pandemic] was and still is a difficult time, because I am completely alone," she told DW.

Since the start of the pandemic, studies from the United Kingdom, the US, Austria and the Netherlands have shown that older adults are suffering from higher levels of loneliness.

Doctors worry about that because lonely people die earlier. Over time, this social isolation can lead to health problems, such as depression and anxiety, drinking too much alcohol or a worsening brain function and dementia. It can also damage a person's immune and cardiovascular systems.

Before the lockdown, about 30 million European adults often felt lonely, according to the European Commission, and 75 million saw friends and family just once a month.

While the elderly are often thought to be the loneliest demographic, research from the European Commission found they were in fact no lonelier than other age groups.

But what they do rely on more to connect with other people are group activities, like choirs and walking groups. Many of these activities have stopped under lockdown, said Rose Kenny, a professor of medical gerontology at Trinity College Ireland.

"Being confined to the home, particularly if you were living alone, without any of the routine engagements [and] human contact you were used to has had an impact on emotional and mental health," Kenny said.

Read more: Death, mourning and the coronavirus: 'No one should have to die alone'

In Frome, an English town of 30,000 in Somerset county, doctors tried to fix loneliness by informing the entire community about groups and services available with the help of a website and hundreds of "community connectors" who spread the word to family, friends and neighbors.

Three years after the project began, Frome saw a 14% decrease in unplanned hospital admissions between April 2013-December 2017. Meanwhile, the surrounding region saw a 28.5% increase in admissions.

"Human beings have two unique things: being the most social of animals means they’re the most compassionate, and the second thing is that we have choice," said Dr. Julian Abel, a doctor working to expand the 'Compassionate Frome' project across a wider region in Somerset. "We are not just instinctual, we can choose to be more compassionate."

The UK appointed its first minister for loneliness in 2018, which prompted some Germans, including Social Democrats MP and physician Karl Lauterbach, to call for a loneliness commissioner in Germany.

The elderly have paid the highest price for controlling the pandemic, Lauterbach says.

"It is clear that for the elderly, the coronavirus pandemic leads to major losses in the quality of life, because they are isolated, they live at risk, they are anxious, they are lonely. And they are very often in a situation where they do not see a clear end to the pandemic."

For 96-year-old Maria Jühe, whose husband died 25 years ago, the coronavirus has meant she's received fewer visitors at her home in Cologne, Germany.

Before the outbreak, she enjoyed discussing politics with her guests — and wouldn't hesitate to bring out her albums of holiday photos or explain the origins of her crystal collection, kept carefully in a glass display cabinet.

"At first, everything really slowed down. You couldn't go anywhere anymore. And all your friends, they're all withdrawing, they're all afraid," Jühe told DW. 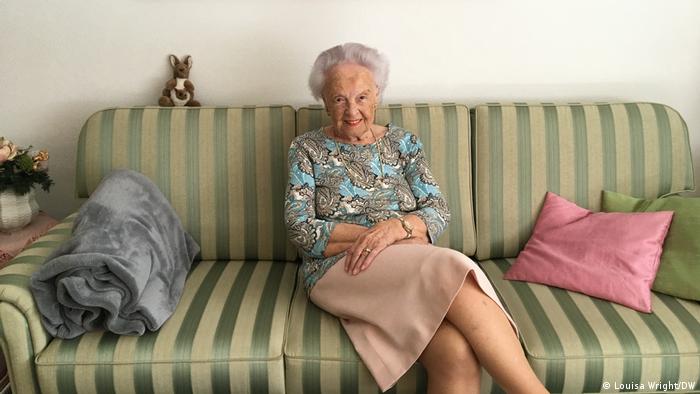 Since her husband died 25 years ago, Maria Jühe of Cologne, Germany has lived alone

One way both Maria Jühe and Hanni Meier have found company is through the French-founded NGO Friends of the Elderly, which connects older people with younger generations. "Old friends are the best friends" is their motto.

The volunteers come to the homes of the elderly once or twice a week to chat over a coffee, take a walk around the neighborhood or play a game of cards. But at the start of the pandemic in March, Friends of the Elderly had to stop its visiting program for three months.

Their fundraising manager, Simone Sukstorf, said there's still a lot of stigma attached to admitting you are lonely — and that the organization usually only finds out someone is in need after a neighbor alerts them about the lonely person.

Reaching out to someone you haven't spoken to in a long time might seem awkward at first, said clinical psychologist Jean-Philippe Gouin, but this uncomfortable feeling often goes both ways.

For older people who have little social interaction and don't have much to say about their day-to-day life, it can be helpful to ask about their life experiences, said Gouin.

"It's taking the time to learn more about their life history. That, I think, can be enriching for both people."

Providing older people with the extra support they need to use technology and increase their connection with others is also an activity people can undertake during lockdown.

While these solutions can help in the short-term to combat loneliness in Germany, Lauterbach told DW that the government should appoint someone responsible for loneliness.

"The pandemic has taught us how important loneliness is, so we need to be prepared," he said. "This will not be our last pandemic."

Listen to the author on DW's Science unscripted podcast.

COVID-19 vaccinations in Germany will take until 2022 assuming proven medications are found soon, a leading virologist has said. He warned that the rush for the first vaccines may end in legal disputes.