COVID: Opening a new business during the pandemic | Germany | News and in-depth reporting from Berlin and beyond | DW | 13.03.2021

COVID: Opening a new business during the pandemic 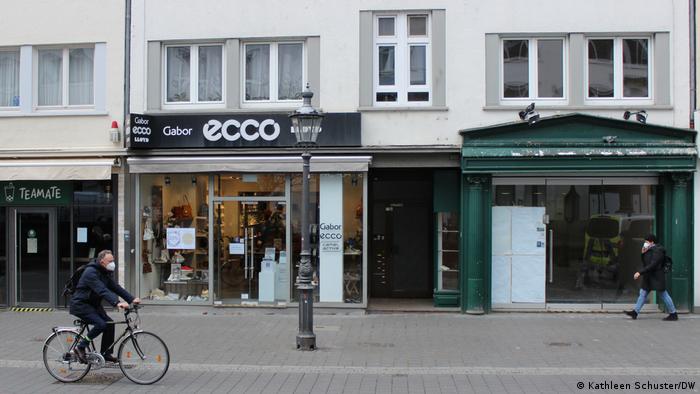 It's not hard to see the effect the pandemic is having on German businesses these days. Once busy downtowns are now dotted with empty storefronts.

And while some locals are baffled to see these shops go, they're even more baffled by the fact that new shops are moving in. After all, who wants to open a new business in the middle of a pandemic?

This is a question Vincens von Bibra has heard many times. Von Bibra opened the Lighthouse Cafe in the western city of Bonn just weeks before Germany went into its second lockdown last November.

The question hasn't come from family and friends, though. "It was more the people didn't know us who were astonished," he says.

A coffee with your corona lockdown?

Vintage lightbulbs cast a warm glow over a wide glass case filled with homemade pastries and sandwiches. This polished to-go counter was a quick solution to keep selling coffee when the lockdown took effect in November — and so far, it's worked. 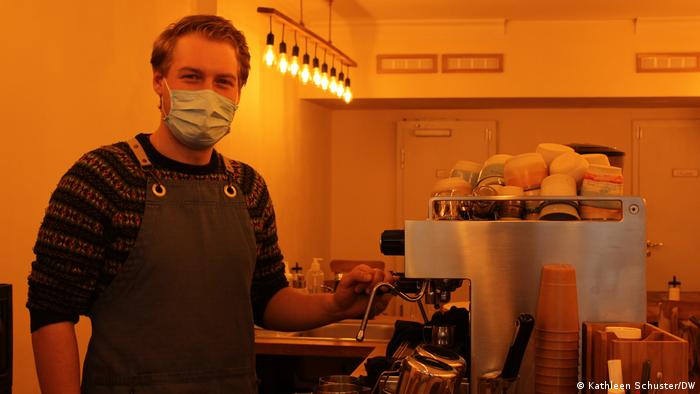 The opportunity was too good to pass up, says Vincens von Bibra

The "crazy idea" of opening a cafe came up on vacation with his wife a few years ago, says von Bibra, 27, who also owns a small design firm. They eventually found prime real estate on a street with a lot of tourist traffic in Bonn's historic city center, but during the pandemic of all moments.

"Since we had already been looking for a place for two years, the pandemic wasn't really the deciding factor," he says.

Filling a gap made by the lockdown

No official numbers are available on how many businesses have opened in Germany since the pandemic began. In Bonn, there appear to have only been a handful.

Like the one on the next street over, where two women are chatting with the owner of Next, a tiny kitchen offering fresh vegan food to-go, and since the sun's out, an Aperol spritz or glass of wine, too.

The pandemic doesn't need to be quite so dreary, they all agree.

"I don't let things get me down, I'm a glass half full type of person," says Behr, 32, who is in close contact with von Bibra and other neighboring businesses.

Last March, Behr lost her job in hospitality because of the pandemic. By June 6, the day Germany lifted its first lockdown, she was opening her own business, a lifelong dream. 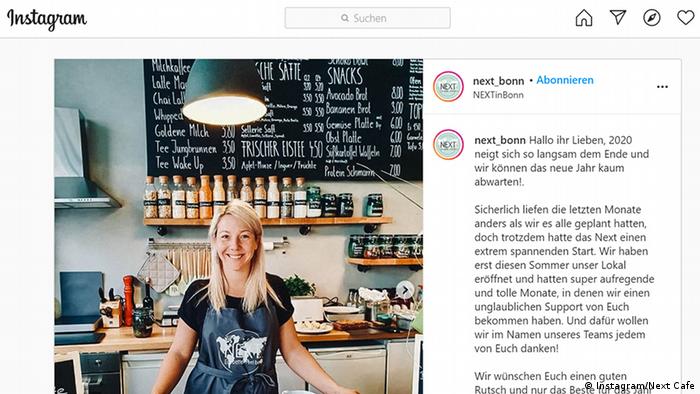 People are concerned about their health right now, so fresh food has been a hit, says Rebecca Behr

This old tailor's shop has been transformed into an L-shaped kitchen. Glass jars filled with beans and other dried goods line the shelves, and more filled with fresh soup are stacked near the cash register.

Despite being somewhat tucked away on her street, Behr has attracted enough regulars to stay afloat — in part because eateries stayed shut during the lockdown. And that made her tiny kitchen stand out.

"Some of them told me point-blank, I don't think we would've noticed your cafe under normal circumstances," she says.

Is there a secret to success in a crisis?

The risk in gastronomy is significant. By October when von Bibra opened his cafe, nearly 13% of Germany's gastronomy sector faced bankruptcy, according to credit agency CRIF Bürgel. By January, the International Monetary Fund warned that roughly 30% of the gastronomy and hospitality sector couldn't service their debts.

The key to keeping the lights on, according to Behr, has been to keep costs to an absolute minimum. Especially since government aid is uncertain.

In 2020, Germany promised €90 million in aid to small businesses, but it's been slow to reach some. Neighboring shops, for example, were still waiting in February for aid from November, while von Bibra, on the other hand, had already received his share.

And then there's the question of aid in 2021: New shops might be disqualified since they have to show year-on-year earnings.

While the second lockdown has slashed customer numbers by half in the city, neither of them regrets their decision.

"I have my bad days, too," says Behr, "But I think being creative and believing that it's going to work out somehow is what's making a difference and what's important."

As von Bibra sees it, "Opportunities like these don't always come along. You have to take them as they come."

One person who's watched these new businesses with surprise is Regina Rosenstock, the head of business development at Bonn's Chamber of Industry and Commerce. 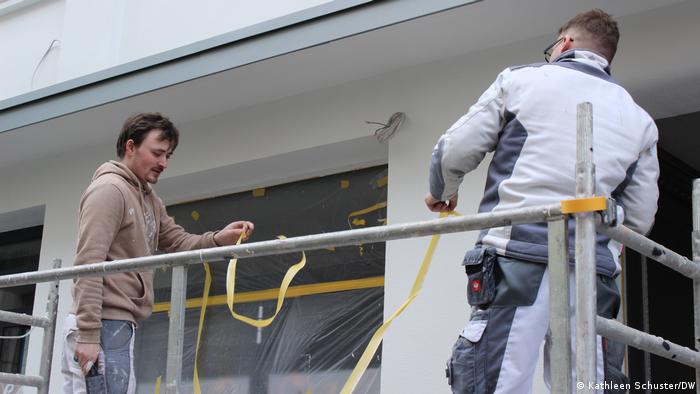 With shops closing, renovation work has also become a common sight in Bonn

"This phase is offering younger people a chance to be bold and become self-employed, perhaps at first as a job on the side, and to say, I'll give it a shot," says Rosenstock.

Not all businesses have suffered during the pandemic. The retail sector, for example, grew by nearly 6% to €577.5 billion ($690 billion) in 2020 thanks in part to online shopping, interior design and home improvement. But others have taken a hit, like the fashion industry where January profits were down by over 75% compared to the same month in 2020.

Although it's unclear exactly how many businesses have closed since the pandemic began, the empty storefronts in Bonn's shopping district are conspicuous.

The silver lining, though, is that real estate that had been taken for years, if not decades, is now available to entrepreneurs with new ideas, she says.

Listen to the audio version of this story

The pandemic is far from over in Germany. As of early March, less than 10% of the population had received the first dose of the vaccination. Nevertheless, a few blocks from downtown, renovations have begun for two new businesses right next door to each other.

Over the din of sawing and hammering, Paul Ahrens, the longtime owner of a local furniture store, explains his plans for turning this old printer's shop into multi-concept store that's part interior design, part local art gallery, part place to enjoy a nice glass of wine.

Judging from what he's seen at his other store, "many people are going to want to make up for lost time and decorate their homes, get out of the house and feel good."

"The pandemic is finite, it will wane eventually," he says. And when it does, he thinks his store will be just the ticket for the corona-weary. "In a way, it's an investment in the future."

While you're here: Starting on March 16 DW editors will round-up for you what is happening in German politics and society, with an eye toward understanding this year’s elections and beyond. Sign up here for the weekly email newsletter "Berlin Briefing," to stay on top of developments as Germany enters the post-Merkel era.

Hong Kong is "discussing" whether it should lock down, in spite of previously ruling out the measure. Elsewhere, New Zealand has lifted a requirement for travelers to isolate for a week. Follow DW for the latest.

German retailers brace for the worst as COVID strikes again 22.11.2021

Businesses have been struggling to recover from the first coronavirus-caused lockdown last year. The renewed rise in infections across Germany doesn't bode well for their trade. Hardy Graupner reports.