Under the proposal, each package delivered would be taxed, and the funds handed to brick-and-mortar retailers. The idea has spurred an outcry from trade associations. 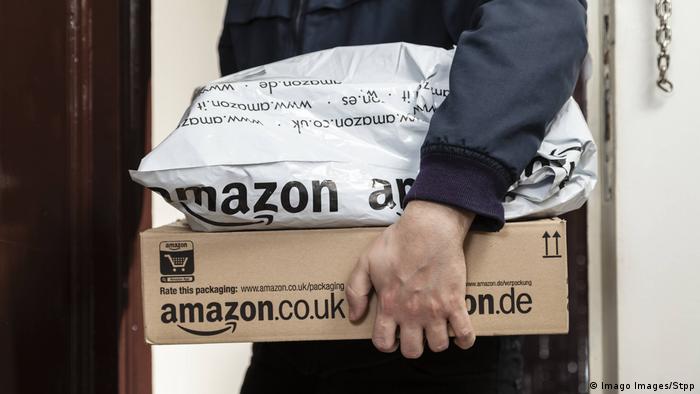 The German Bundestag is considering a financial package tax for online purchases in order to support retailers who have been pushed out of business due to the coronavirus pandemic.

The proposed tax, which has spurred an outcry on the part of German trade associations, would be collected directly from the retailer and paid to the tax office.

Whether the "city center tax" would make goods ordered online more expensive would depend on the providers.

"With the income from this, online retailing will share in the costs of the communal infrastructures it uses. This eliminates the imbalance in relation to the stationary retail trade, which already today contributes significantly to the community budget with its taxes," the proposal said.

The income from the new tax would immediately relieve the local retail trade.

"The funds will therefore be used in full to strengthen a diverse retail trade in lively inner cities, none of which will remain in the federal treasury," the proposal said.

The funds could also be used to help shops with bridging aid, loans and tax breaks.

The German Retail Association (HDE), however, opposed the idea to impose a tax on parcels sold by online retailers.

"In relation to international trade, it is above all a matter of fair competition," said HDE Managing Director Stefan Genth.

This does not require new taxes on parcels, but better controls to ensure that our regulations on product safety and tax payments are complied with."

"A parcel tax would also hit many domestic online retailers, who are correct and punctual taxpayers," he added. "In addition, it would be a disservice to the third of traditional retailers that have built an online foothold."

He also argued that playing sales channels off of one another won't help improve the plight of brick-and-mortar retailers.

Several companies who have had to temporarily shut down to the coronavirus pandemic have also moved their sales online.

Earlier this month, German Economy Minister Peter Altmaier warned that the country's support for pandemic-hit firms could not go on "endlessly."

The country has begun a second strict lockdown which has seen retailers shut their doors and sent schoolchildren back to remote learning.

Businesses hit by the closures are entitled to claim aid amounting to up to 75% of their revenues for November and December 2019.

However, Altmaier urged businesses to brace for changes from January, and said it was wrong to think the "state can spend money without limits."