AstraZeneca vaccine controversies: What you need to know as Germany, Italy and France suspend use | News | DW | 15.03.2021

AstraZeneca vaccine controversies: What you need to know as Germany, Italy and France suspend use

Shots of the COVID vaccine continue to be paused over isolated reports of harmful side effects. No scientific confirmation has connected the vaccine to health issues, but many countries aren't taking any chances. 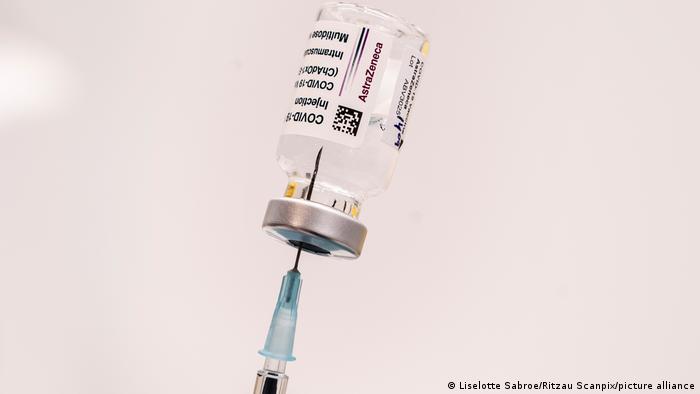 Despite ongoing vaccination rollout delays, several countries have suspended use of AstraZeneca's COVID vaccine over multiple reports of blood clotting issues developing in people after vaccination. Germany, Italy and France became the lastest countries to halt use of the vaccine on Monday as a precautionary measure.

The European Medicines Agency (EMA) on Tuesday is expected to give health guidance about the shot. If the EMA gives the green light, France and perhaps some other European nations will lift their bans on the vaccine.

AstraZeneca's vaccine was approved for use in the EU in late January. Since then, however, the vaccine has encountered multiple difficulties.

The EU pre-ordered 400 million doses of the two-shot vaccine, but AstraZeneca was forced to heavily reduce delivery estimates due to production problems.

There have also been concerns over the vaccine's efficacy in people over 65 due to lack of clinical data on older people.

Where is AstraZeneca being suspended and why?

The Danish Medicines Agency said in a statement Monday the women had "highly unusual symptoms" including a low number of blood platelets and clots in small and large blood vessels.

Other countries soon followed Denmark in halting use.

Norway, one of the first countries to follow Denmark's suspension, said Saturday that three people under the age of 50 were being treated in the hospital with similar symptoms after receiving the vaccine.

Late Sunday, the Netherlands suspended use of the vaccine for several weeks following the reports.

On Monday, a report from a Dutch pharma watchdog said that 10 reports of side effects included cases of possible blood clotting and embolisms.

Iceland, Ireland and Bulgaria have also suspended use.

Estonia, Latvia, Lithuania, Luxembourg and Romania have halted use from the same batch of 1 million doses sent to 17 EU countries.

Outside of Europe, Thailand briefly suspended use before announcing that vaccinations would go ahead on Tuesday.

On Monday, Indonesian health authorities said it would delay administering the vaccine due to the blood clotting reports from Europe, and would await a safety review from the World Health Organization.

India has administered over 28 million shots of the AstraZeneca vaccine, which is produced by the Serum Institute of India under the name Covishield.

Heath officials in Delhi said last week they would carry out a review of possible post-vaccination side effects, although no cases of blood clotting issues have been reported in the country so far.

What are officials saying?

UK medicine regulators on Monday said the evidence "does not suggest" that the AstraZeneca vaccine causes blood clots, and urged people to go ahead with getting vaccinated.

The EMA said last week that it is "reviewing all cases of thromboembolic events, and other conditions related to blood clots" in the AstraZeneca vaccine.

The EMA has said there is "no indication that vaccination" caused blood clots, adding that the number of blood clotting reports in people who received the AstraZeneca shot was no higher than those who had not received it.

All of the current AstraZeneca vaccine suspensions are temporary and on a "precautionary" basis pending further scientific confirmation of the vaccine's safety.

On Sunday, AstraZeneca said a safety data review of all 17 million people vaccinated in Europe showed "no evidence" of an increased risk of blood clots in "any defined age group, gender, batch or in any particular country."

Professor Polly Roy, a virologist at the London School of Hygiene and Tropical Medicine, told DW that the clotting events in people who received the AstraZeneca vaccine were "probably not due to the vaccine itself."

"Maybe they have some underlying problem," she said.

The damage to the perceived safety in Europe of the Unversity of Oxford jab has been uncovered in a new survey by YouGov. French President Emmanuel Macron questioned its efficacy for older people.