Denmark, Iceland and Norway have stopped administering the shot while Italy has banned the use of a batch of AstraZeneca doses as a precaution after an unconfirmed number of people developed blood clots. 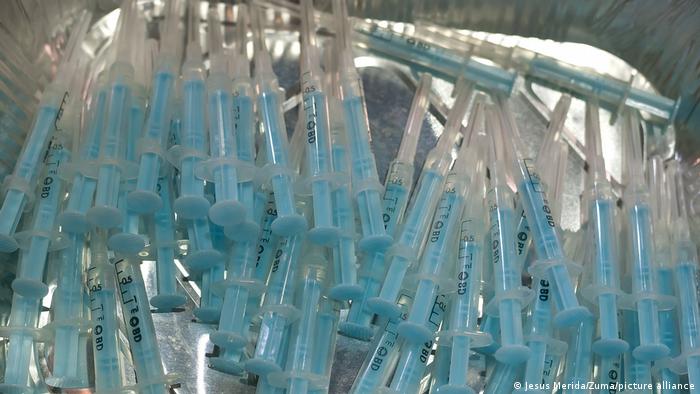 Health authorities in Denmark, Norway and Iceland on Thursday suspended the use of AstraZeneca's COVID-19 vaccine after reports of blood clots among some people who had received the inoculation.

The Danish Health Authority on Thursday halted the use of the AstraZeneca vaccine for 14 days.

It follows reports of "serious cases of blood clots among vaccinated people," a statement read.

However, the authority stopped short of saying there was a direct link between the vaccine and the blood clots, "at the time being."

"It is currently not possible to conclude whether there is a link. We are acting early, it needs to be thoroughly investigated," Danish Health Minister Magnus Heunicke said on Twitter.

Polly Roy, a virologist at the London School of Hygiene and Tropical Medicine, told DW that she believes the clots were, however, "probably not due to the vaccine itself."

"Maybe they have some underlying problem," said Roy.

How many countries have suspended the jab?

Italy also moved on Thursday to ban a batch of the AstraZeneca vaccine following reports "of some serious adverse effects." The country's medicine regulator stressed, however, that there was currently no established link between the alleged side-effects and the administration of doses.

The Danish Medicines Agency said it had launched an investigation into the vaccine.

The probe is being carried out by corresponding agencies in other EU-countries as well as the European Medicines Agency (EMA).

The EMA is in charge of the evaluation and supervision of medicinal products across the 27-member EU.

"Both we and the Danish Medicines Agency have to respond to reports of possible serious side-effects, both from Denmark and other European countries," the director of the Danish Health Authority, Soren Brostrom, said in a statement. 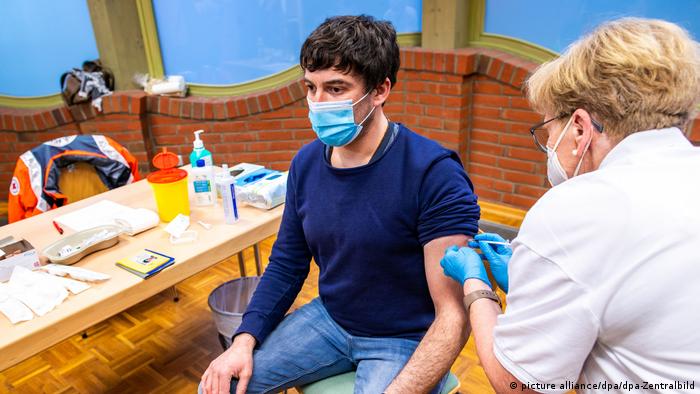 What EMA and AstraZeneca said about the vaccine

AstraZeneca said its shots are subject to strict and rigorous quality controls, adding that there have been "no confirmed serious adverse events associated with the vaccine."

"There is currently no indication that vaccination has caused these conditions, which are not listed as side effects with this vaccine," the EMA said in a statement. "The vaccine’s benefits continue to outweigh its risks."

On Monday, Austria stopped using AstraZeneca shots while investigating a death from coagulation disorders and an illness from a pulmonary embolism.

The EMA found no evidence linking the Austrian cases to the AstraZeneca vaccine, the agency said on Wednesday.

It said the number of thromboembolic events — marked by the formation of blood clots — in people who have received the AstraZeneca vaccine is no higher than that seen in the general population.

Estonia, Lithuania, Luxembourg and Latvia have also halted inoculations with the vaccine while the investigation continues.

Spain and France, meanwhile, said the AstraZeneca vaccine would continue to be administered to citizens in the respective countries.

Spanish Health Minister Carolina Darias said her country would still use the vaccine and had not discovered any cases of blood clots related to it.

And French Health Minister Olivier Veran said: "There is no need to suspend AstraZeneca. The upside of vaccinations at this stage outweighs the risks."

There had been 22 cases of such events being reported among the 3 million people who have received the AstraZeneca shot as of March 9.

AstraZeneca vaccine use in Europe

A delivery of 1 million doses of the vaccine developed by the British-Swedish pharmaceutical company vaccine went to 17 EU countries.

A lack of efficacy data on its use in people over 65 has led to several health authorities limiting its use.

Germany's independent Standing Committee on Vaccination (Stiko) recently approved the AstraZeneca for use in people of all ages after new data was released.

However, many AstraZeneca doses are going unused in Germany due to worries that the vaccine is less effective against virus mutations.

South Africa halted the rollout of the vaccine due to a trial showing it was less effective against the South African B.1.351 COVID variant.