Plans to start offering vaccinations in general practitioners' clinics could be set back by the temporary stop to using the AstraZeneca vaccine, German medical experts warn. Follow DW for the latest. 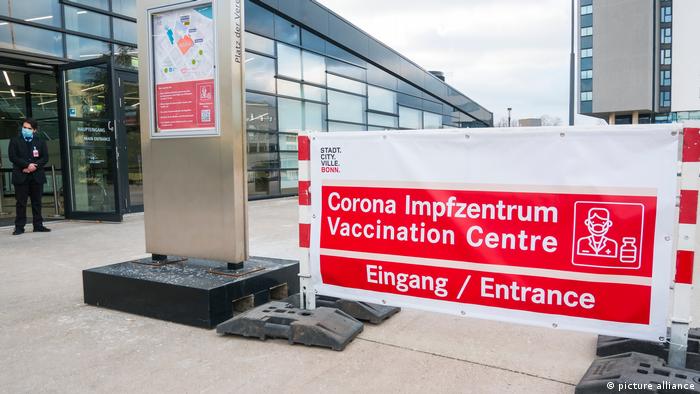 German doctors are warning that the pause in using the AstraZeneca vaccine could lead to delays in a planned rollout of vaccinations in their offices: "17 million of the 60 million doses planned for the second quarter are from AstraZeneca," said Andreas Gassen, chairman of the National Association of Statutory Health Insurance Physicians (KBV), "Even a temporary pause will make it more difficult to start inoculations in doctors' offices."

The storage requirements for other vaccines are more costly and complicated, making them less well suited to use at general practitioners' offices.

Germany along with France, Italy, and Spain are just some of the of EU member states who have put the AstraZeneca vaccine rollout on hold as a precaution.

EU countries were making a "bizarre" decision by suspending the AstraZeneca vaccine, Lawrence Young, professor of molecular oncology at the University of Warwick, told DW.

Young noted that the EMA, Europe's regulator, had said that the vaccine was safe.He said that the "rate of blood clot development in vaccinated individuals is no different from the unvaccinated general population."

Beverley Hunt, a professor who specializes in thrombosis and hemostasis at King's College London, told DW that "people don't realize how common blood clots are."

"This doesn't seem to be a clear relationship and I would advise people to have the vaccine whenever they can get it," Hunt said.

The World Health Organization (WHO) announced that publication of a report on the origins of virus will likely to be delayed until next week, as Spokesman Christian Lindmeier said it was "simply not ready." Lindmeier said WHO team members working with Chinese officials to draft the report "want to get it right."

WHO expert Leendertz speaks about the origin of COVID

In Britain, at least half of the adult population will have received the first dose of the COVID-19 vaccine by the end of the week, Business Minister Kwasi Kwarteng told the BBC TV on Wednesday.

The minister added that the British government was discussing the possibility of issuing vaccine passports, according to Reuters news agency.

The European Commission on Tuesday announced that it had secured a further 10 million doses of coronavirus vaccine to be delivered by Pfizer over the next three months. Commission President Ursula von der Leyen says this will give the EU some 200 million doses in the second quarter of the year. Von der Leyen said: "This is really good news. It gives member states room to maneuver and possibly fill gaps in deliveries."

Lithuania and Bosnia on Tuesday, became the latest countries to suspend the rollout of the AstraZeneca vaccine over concerns that it may cause blood clots in patients. The European Medicines Agency (EMA), which is expected to present a report on the matter Thursday, has said that it has so far seen no evidence that the jab presents health risks.

Ukraine reported a record daily high of 289 coronavirus-related deaths over the past 24 hours,
Health Minister Maksym Stepanov announced on Wednesday. The country's previous record was in December, with 285 deaths.

In France, the pressure is increasing on hospitals in the greater Paris region. Authorities are considering a local weekend lockdown or a broader lockdown to contain the surge in cases in the region, Martin Hirsch, director-general of the AP-HP Paris hospitals system, told RTL radio.

Hirsch added that a weekend lockdown might not be enough to contain the crisis.

Berlin has announced that it will not begin opening shops and stores on March 22, as originally planned, while Bavarian state premier Markus Söder proposed making tests mandatory for anyone returning from vacation in Mallorca, Spain — a beloved travel destination for Germans. Söder asked the federal government to consider doing the same.

Meanwhile, the Netherlands is experimenting with sporting events, allowing some 5,000 people with negative COVID tests to attend their 2022 World Cup qualifier against Latvia this month.

The Dutch football association (KNVB) said for the purpose of research, some people must wear face masks, while others will be allowed to sing and shout without them.

The experiment aims to determine the safety of allowing people back in stadiums by looking at the number of contact situations between spectators.

Gijs de Jong, secretary general of the KNVB, said spectators would enter the stadium with negative coronavirus tests, where they will be divided into different sections.

Australia said it would be requesting one million doses from AstraZeneca and the European Union to control the outbreak in Papua New Guinea. While the country has recorded just 2,000 cases so far, officials believe the numbers to be much higher.

The request is likely to raise tensions with the EU, since Italy had recently blocked vaccines from being delivered to Australia, citing shortages.

Ohio governor Mike DeWine on Tuesday announced that his US state would make the coronavirus vaccine available to all residents 16 years of age or older by the end of March. The Ohio Health Department says that 20% of its population has been given one dose of a vaccine and 12% (about 1.4 million people) have been completely vaccinated.

Vaccine-maker Moderna on Tuesday announced that it would begin testing use of its jab on children younger than 12 — one of the company's studies will also involve infants as young as six-months. 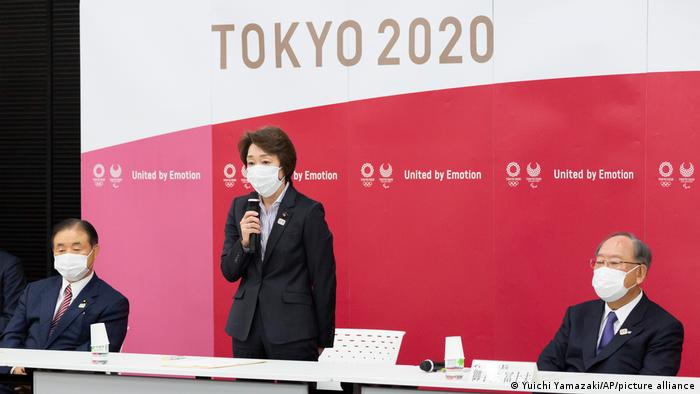 India's Gland Pharma, a subsidiary of China's Fosun Pharma, has announced that it will produce 252 million doses of Russia's Sputnik V vaccine. Gland will become the second Indian company to strike a deal to produce the Russian jab. Hetero Biopharma previously announced an agreement with Russia's sovereign fund to produce 100 million doses annually. Vaccine deliveries are expected between October and December. India registered more than 20,000 new infections (24,492) for the sixth day in a row Tuesday, bringing the total number of infections to 11.4 million — the third highest number in the world behind the US and Brazil.

Organizers of this summer's Tokyo Olympic Games in Japan are preparing to closely monitor the path of the Olympic torch relay set to begin next week. Some 10,000 runners will take part in the relay as it snakes its way to Tokyo. Many in the country of 126 million people, which has had low numbers of COVID deaths (8,600), are opposed to hosting the games — which they see as a clear health threat for fear of visitors spreading infection.

In South Korea, Seoul has introduced a coronavirus testing requirement for all foreign workers in the city. The decision sparked criticism and claims of discrimination.

Officials said on Wednesday that the rule applies to foreign employees and employers regardless of their visa status.

The decision came after a similar one in nearby Gyeonggi province, which witnessed coronavirus outbreaks among foreign factory workers.

Critics of the decision have questioned why authorities were targeting nationalities rather than vulnerable working conditions.

The city has at least 240,000 registered foreign workers.

Germany has spent winter in coronavirus lockdown. Spring is now here, and the country is slowly opening, but cases are rising, and the vaccine rollout is going slowly. How are people coping? Read the full story here

A host of European countries have suspended the use of the AstraZeneca vaccine. DW's Fabian Schmidt feels that authorities are playing cautiously. But that doesn't mean that the jab is unsafe. Read the commentary here

The Czech Republic is among the countries in Europe worst affected by COVID-19. The number of people who have died is one of the highest per capita in the world. DW visited the town of Tachov, which has been hit hard by the virus. Watch the full report below

Serbian President Aleksandar Vucic recently announced a vaccination program in Kosovo without consulting leaders in Pristina. Officials there have called it illegal, and locals are very confused.