Mallorca without tourists: The impact of the coronavirus pandemic

Without tourists, the favorite island of the Germans is facing ruin. It's entirely uncertain when the vacationers can return for holidays. 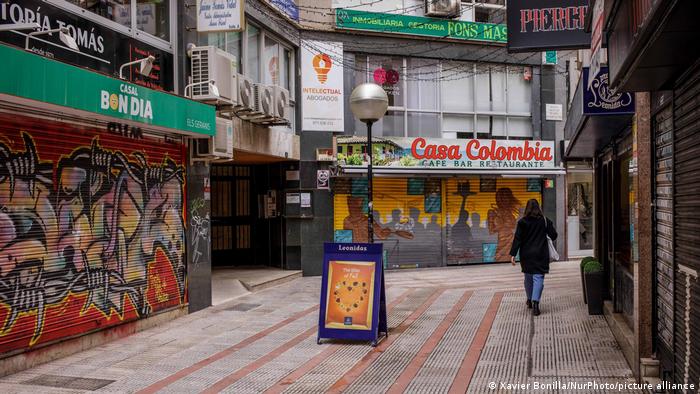 "It's a disaster," says Stefan Huber, owner of a local delicatessen shop in the middle of Palma's old town. "We have had a 90% drop in sales compared to last year." Should tourism in Mallorca not pick up soon, things will be tough for Huber, who hails originally from Frankfurt, Germany. Fixed costs in one of the island capital's most sought-after shopping streets are high. Even if his landlord gives him some discount and although he has put his employees on short-time work, "at some point, the reserves will be used up." 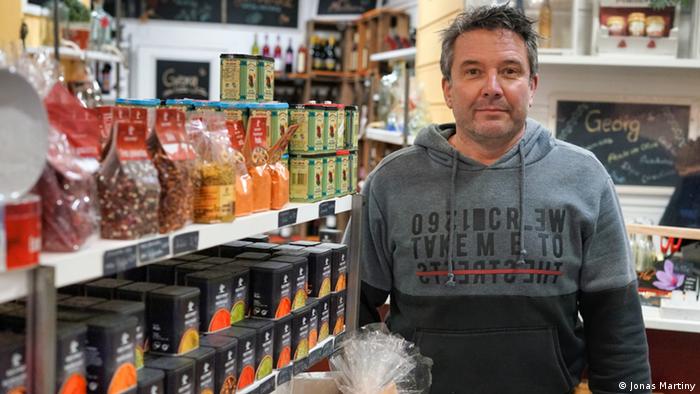 Stefan Huber in his delicatessen shop: How long he will be able to keep his business going is uncertain

Many retailers in his neighborhood have already given up. "For rent" signs are posted every few meters on a shuttered storefront. Only a few pensioners stroll across the town hall square just around the corner on this winter morning. There's never much going on here in the middle of January. But the one or other group of vacationers would certainly snap a few selfies in front of the gnarled olive tree or sit on one of the sunny bar terraces with a latte — if it weren't for the coronavirus pandemic.

This winter, everything has been different. All the cafés and restaurants are closed, as are the two chic hotels whose rooms look directly onto the baroque facade of the town hall. Since the Spanish government declared Mallorca a risk area in August, there has been practically no tourism on the island.

According to the Balearic statistics office, only 2 million vacationers came to Mallorca in 2020 — a drop of more than 80% compared to the previous year, when there were almost 12 million. Instead of €15 billion ($18 billion) as in 2019, tourists on the Balearic Islands spent only €1.8 billion in the past year. 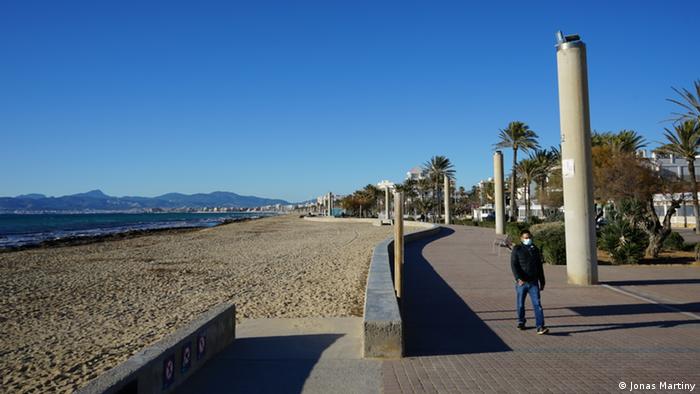 Mallorca is extremely dependent on its business with vacationers, which accounts for more than a third of its economic output. Every third employee works in the hotel and restaurant industry, and then there are retailers like Stefan Huber who are also dependent on tourism and other sectors that profit indirectly from it. If the engine starts to sputter, the consequences are immediate.

The number of unemployed has skyrocketed in recent months. At the end of 2020, there were almost 85,000 people out of work on the Balearic Islands, about 23,000 more than a year earlier.

Miguel Angel Colom experiences firsthand what this means for people on a daily basis. He is the president of a civic association in Palma that distributes food to those in need. For months, the line of those who come here to pick up their package of pasta, sugar, oil and canned goods has been getting longer and longer. "The situation is getting more precarious," Colom says. "After all, we live from tourism. Without vacationers, everything comes to a standstill here."

During the year of the pandemic, the number of families seeking help from him has doubled to 600. In the past, he says, it was mainly immigrants who were affected. "Now, Mallorcans are also coming. People who never even thought they'd have to go to the food bank someday." 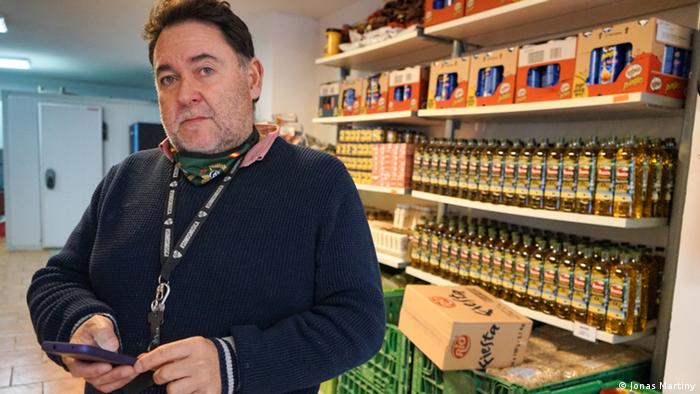 An increasing number of people have to rely on help. Miguel Angel Colom provides food to those in need

Spanish social welfare payments are not enough, and even the money from the coronavirus aid programs is far from reaching everyone. According to recent reports in the island's media, 36,000 people came to the city's social welfare office seeking help last year — that's 9% of Palma's population.

So far, the government has averted the worst by funding generous short-time work schemes for months. At the turn of the year, almost 31,000 employees on the Balearic Islands benefited from this. The situation is currently particularly difficult for businesses and the self-employed.

People like German chef Helmut Clemens, who until recently ran three restaurants in Palma's city center. Now there are only two. He has already had to close one because of insufficient profits. "We are on the edge of the abyss," he says.

This is due not only to the lack of tourists, but also to the coronavirus-related restrictions of recent months. As of late, bars and restaurants on the island are allowed to offer only delivery and out-of-home service. There is no financial compensation for the losses, says Clemens, who is also vice chairman of the Mallorcan Gastronomers Association. Within a year, 17,000 jobs have been lost in his industry alone, he said. "I assume that 40% of all catering businesses will not make it. 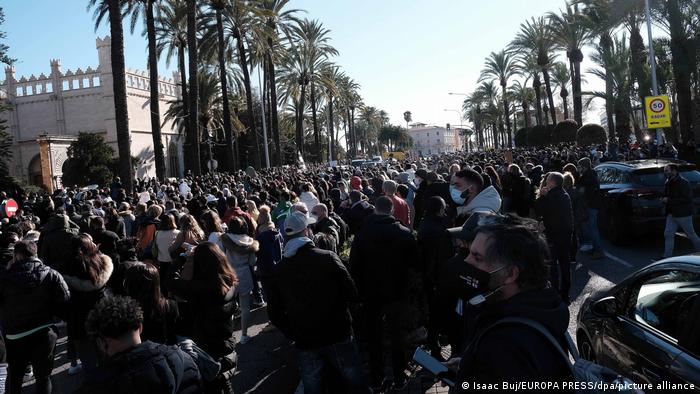 The desperation grows: Mallorcans demonstrate on January 13 against the tightening of the coronavirus restrictions

Tourism season will probably not start at Easter

The situation is correspondingly tense. Last week's protest showed just how much, when several thousand angry restaurateurs marched through downtown Palma despite a ban, paralyzing traffic, throwing eggs and demanding the resignation of the regional government.

The government, however, is facing a dilemma. On the one hand, it is working on a strategy to boost tourism as soon as possible; on the other, it is desperately trying to get the infection figures, which have been rising for weeks, under control.

The quarantine regulations and mandatory PCR tests currently make travel to Mallorca almost impossible. And that is unlikely to change anytime soon. At least privately, the island's hoteliers admit that they no longer expect the usual start of the season in the Easter week. Presumably it is not going to start up again until June at the earliest. For Stefan Huber, that might be too late. "I've set June as my deadline," he says. "If things don't pick up again by then, I'll shut down. For good."

Goa, a western coastal state and major tourist destination, is welcoming visitors after months under a COVID-19 lockdown. But the comeback has been slow, and often painful.