Is the coronavirus pandemic undermining German democracy? | Germany | News and in-depth reporting from Berlin and beyond | DW | 21.10.2020 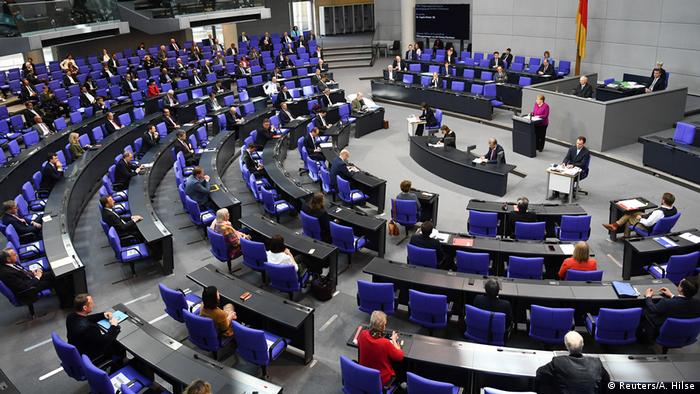 Repeatedly Chancellor Merkel met with all 16 premiers of Germany's powerful federal states to decide on measures to curb the coronavirus pandemic.

After the latest one, last week, politicians across the spectrum began complaining that, for months now, such measures were all decided behind closed doors and without due parliamentary debate or consultation.

Among the most vehement critics of this apparent marginalization of parliament is Florian Post, a member of the Bundestag and legal affairs expert with the Social Democrats (SPD), the junior partners in Angela Merkel's coalition government.

"For nearly nine months now, regulations have been put in place by local, regional and central authorities which are restricting people's freedoms in a manner unprecedented in post-war Germany," he told the mass-circulation Bild newspaper. "And not even once has an elected parliament been called on to vote on the measures," he complained.

Read more: How Germany's federal system hampers the fight against the pandemic

"There is no provision in the German constitution for the kind of power-sharing we are seeing between the chancellor and the heads of the federal states," Post argued. It is high time for the elected parliament to become more involved in the discussion, he concluded.

Opposition parties are just as vociferous. "It's simply not acceptable that parliament only hears about the latest anti-corona measures via Chancellor Merkel's weekly podcast or random press conferences," said Christian Lindner, head of the business-friendly Free Democrats (FDP.) "The Bundestag is being shut out, despite the fact that we're witnessing drastic incursions into our fundamental rights and freedoms."

The Left Party is also calling for parliament to play a more central role in decision-making. One leading party member, Jan Korte, has gone so far as to say that he believes that last week's controversial meeting between Chancellor Merkel and the heads of the federal states, "effectively means that an alternative government is making all sorts of decisions without even consulting parliament."

The Greens, too, are up in arms. Their parliamentarians at the national and regional levels say they have been disempowered and kept in the dark by federal and national governments.

Read more: What you need to know about traveling to Germany in coronavirus times 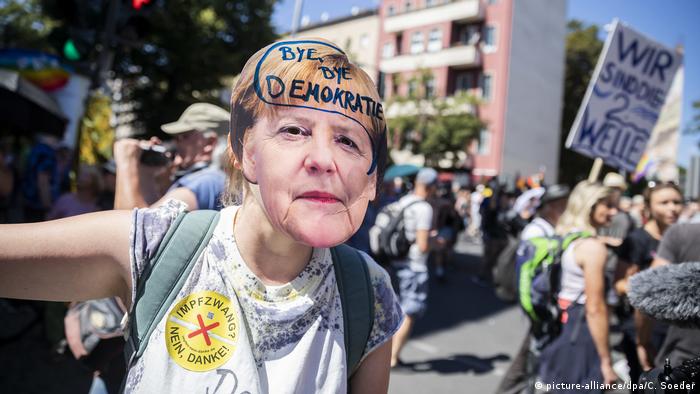 Nevertheless, Klaus Stüwe — a political scientist at the Catholic University of Eichstaett-Ingolstadt in southern Germany — told DW that he wouldn't go so far as to speak of a  "democracy by decree," but he warned that, "parliaments must be given the biggest possible say (…) It is above all in times of crisis that parliamentary dissent and criticism are indispensable." Critical scrutiny helps governments to review and revise "the proportionality of measures undertaken to combat the pandemic," he said.

A strong government and swift action is needed in times of crisis — this has been the consensus across all parties since the beginning of the pandemic.

Still, it is the role of parliament — the legislature — to monitor the activities of the executive. Parliament proposes legislation and the elected parliamentarians in the Bundestag represent the will of the people. That is set down in Article 20 of Germany's Constitution, the Basic Law. Critics, though, are increasingly convinced that this fundamental legal principle is being undermined, endangering the separation of powers in Germany between the legislative, executive, and judiciary.

Decision making behind closed doors by Angela Merkel and the state premiers was not the only thing to anger parliamentarians. It also emerged that the health ministry in Berlin is fast-tracking efforts to push through both an extension (beyond March 2021) and an expansion of the special rights granted to Health Minister Jens Spahn of the Christian Democrats (CDU). 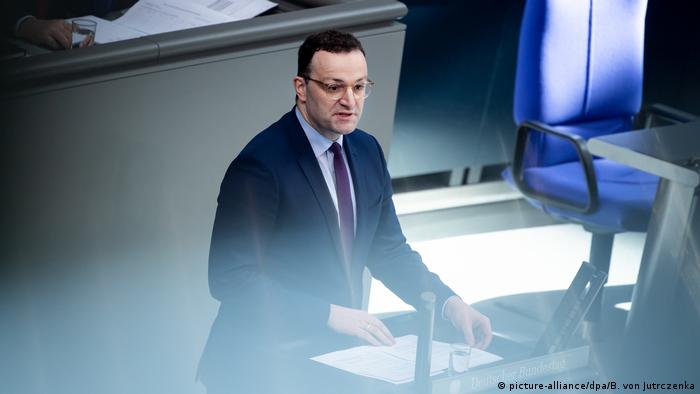 The new version of the so-called and much-cited Infection Protection Act would enable Spahn to issue directives on his own initiative, provided that these, "are required for the protection of the population against the danger of serious infectious diseases." The new legislation would, for instance, give the minister the power to impose controls on international and national transport systems and issue special regulations for air- and seaports.

The Speaker of the Bundestag, Wolfgang Schäuble (CDU), has now said he intends to make sure that parliament plays a fuller role in the debate over how best to tackle the coronavirus pandemic. In a letter to parliamentary group leaders of all parties in the Bundestag, Schäuble said the public debate shows, "that it is time for the Bundestag to reassert its role as a lawmaker and public forum in order to counteract the impression that combatting the pandemic is exclusively the job of the executive and the judiciary."

With the Bundestag in session next week, there is a golden opportunity for parliamentarians to re-establish their credentials as significant players in the corona debate.

Germany is an established democracy. However, in an emergency there may be significant incursions into basic rights. An overview of the complex legal situation in Germany.