Coronavirus and basic rights: What is the German state allowed to do? | Germany| News and in-depth reporting from Berlin and beyond | DW | 19.03.2020

Germany is an established democracy. However, in an emergency there may be significant incursions into basic rights. An overview of the complex legal situation in Germany. 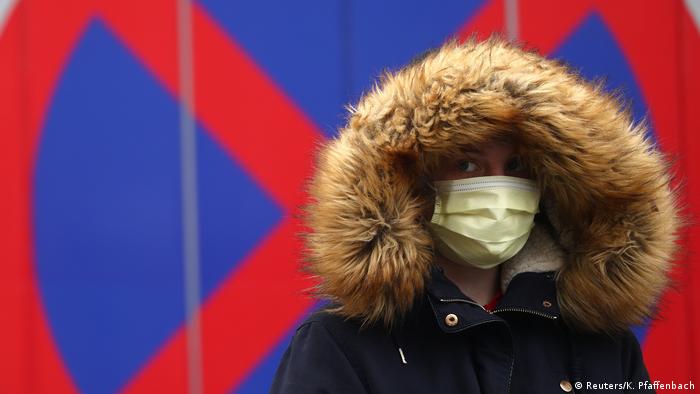 Bavaria has already declared a state of emergency, the most extreme measure taken so far in the fight against the coronavirus in Germany. State Premier Markus Söder said one of the main reasons for taking this measure was to enable auxiliary personnel, the fire brigade and rescue services to be placed under single command — or at least to be brought together more easily. This is normally the responsibility of local authorities, or the individually administrative districts and cities.

Furthermore, all hospitals in Bavaria are now effectively under state control. They have been told to concentrate on fighting the coronavirus. In a declared "disaster situation” it is possible — not only in Bavaria — to draw up lists of retired doctors or general practitioners and, if necessary, require them to redeploy. Private individuals can also be obliged to help. However, as each federal state has its own civil defense law, there are differences between them in the detail.

Read more: Blood in the time of corona: Why donations are needed more than ever

What is the situation at the moment?

Action is currently being taken nationwide in accordance with the Infection Protection Act of 2001. This alone can mean severe restrictions to people's lives and basic rights. These, according to Paragraph 17 of the law, are the individual freedom of citizens, the freedom of movement, the freedom of assembly, and the inviolability of the home.

A ban on mass gatherings has already come into force. Quarantining of suspected cases is also happening in accordance with the law.

What could be the next steps?

Germany has not yet imposed general curfews, but this too would be possible.

In a disaster situation, further restrictions are also possible, and each state has its own laws in this regard. The example of Thuringia shows how far these restrictions could go. There, an affected area can be cordoned off, and the confidentiality of telecommunications can be overridden, meaning that telephone calls can be intercepted. The right of ownership of property – one's own house or plot of land – can also be restricted.

What happens in a national state of emergency?

There is no nationwide disaster law, but there are so-called emergency laws. These differentiate between various scenarios in terms of internal and external threat, for example epidemics or a military attack.

This legislative package, a supplement to the German constitution, was only passed in 1968, and then only after much heated debate. People were still scarred by the Nazi dictatorship, and there was considerable concern about the creation of a new authoritarian state.

Among other things, the emergency laws regulate how federal states can assist each other – by sending police officers, for example. The federal government can also assume operational control and deploy the German army internally, which is otherwise forbidden.

Federal states can be given centrally-issued instructions. The lawful distribution of competences between the federation and its states would thus be re-regulated, or, more precisely: centralized.

The declaration of a state of emergency would also entail considerable restrictions of basic rights. The secrecy of correspondence could be suspended. Citizens could be temporarily deprived of their right to move about freely. It would be the responsibility of the German federal government to declare a state of emergency. This has never happened before in the 70-year history of the Federal Republic.

In Germany, about 600,000 care workers from abroad care for sick and elderly people. Most of them come from Poland — and right now they're having huge problems entering and leaving Germany. (18.03.2020)