COVID: How Germany′s federal system hampers the fight against the pandemic | Germany | News and in-depth reporting from Berlin and beyond | DW | 29.03.2021 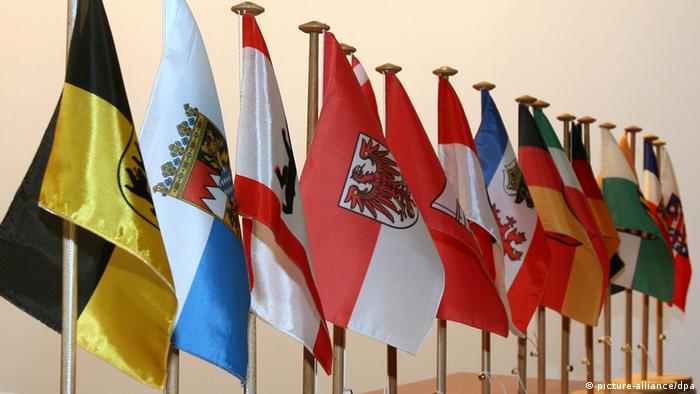 Germany's states and national government are struggling to bring coronavirus case numbers back into line.

Authorities are keen to keep workplaces and schools open, so they are inclined to find restrictions in the hospitality sector and travel instead.

Most states have imposed and then retracted and then reimposed rules along these lines. There are and have been regional variations with the up and down in infection rates.

Rather like the US, and in stark contrast to France, Germany's 16 states hold considerable political power. In fact, Article 70 of Germany's constitution explicitly states that all lawmaking rests in the states' hands unless stated otherwise in the Basic Law itself.

The 16 states vary greatly in population size, which all have their own governments.

Many coronavirus measures have faced legal challenges from individuals unhappy with the closure of their business or with restrictions on the number of guests for a celebration.

In an attempt at finding a unified approach, there have been regular discussions between Chancellor Angela Merkel and the 16 state premiers.

For almost any major policy that Merkel wishes to introduce nationwide, she requires the unanimous approval of the state leaders. And at most of these meetings, at least one desired plan has come to naught.

But the different regional interests pose problems at the national level in this election year: Some of the more rebellious state premiers belong to Angela Merkel’s own conservative bloc though that has not stopped them from throwing the occasional spanner in the works.

State power as a path to the chancellery

Editor's note: his is an updated version of a previous article.

Chancellor Merkel convinced the premiers of Germany's 16 federal states to agree on an Easter lockdown. But it is increasingly difficult to find common ground as the country starts to move into election campaign mode.

Chancellor Angela Merkel and mayors of 11 large German cities have agreed on stricter controls for urban areas exceeding the government COVID-19 threshold. Berlin, Frankfurt and others have hit the warning level.

The German capital has implemented a nighttime curfew in response to a dramatic increase in COVID-19 cases. On the first night of the new regulations the mood was somber in the Friedrichshain district, a virus hot spot.