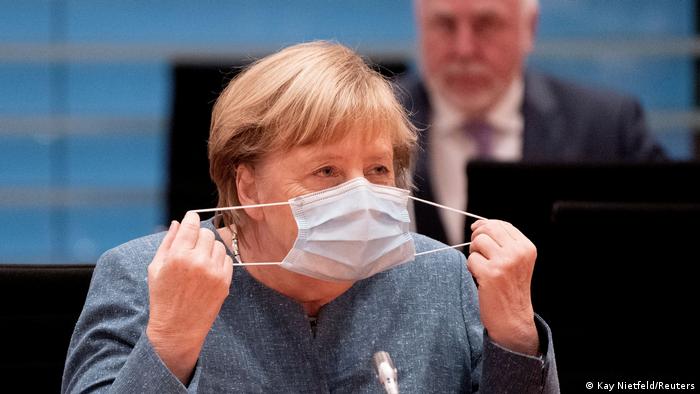 Members of the German parliament, the Bundestag, will be required to wear mouth and nose coverings beginning on Tuesday morning. The decision was taken by Bundestag head Wolfgang Schäuble, who said "the pandemic is still very serious."

The new restrictions coincide with Berlin top officials meeting twice on Tuesday. They are discussing implementing a curfew and further restrictions as several neighborhoods struggle with an above-average caseload. Some German states are implementing or threatening quarantine periods for residents who visit affected areas of the capital.

The requirement will remain in place until at least January 17, 2021 and a fine of up to €5,000 ($5,890) can be handed out to those lawmakers who ignore the regulations. The rules apply in every room of the building, not just the main chamber, and masks can only be removed when people have taken their seats, 1.5 meters apart from one another.

Those speaking at the podium in the main chamber, as well as people like Schäuble directing the sessions, will be permitted to take their masks off. 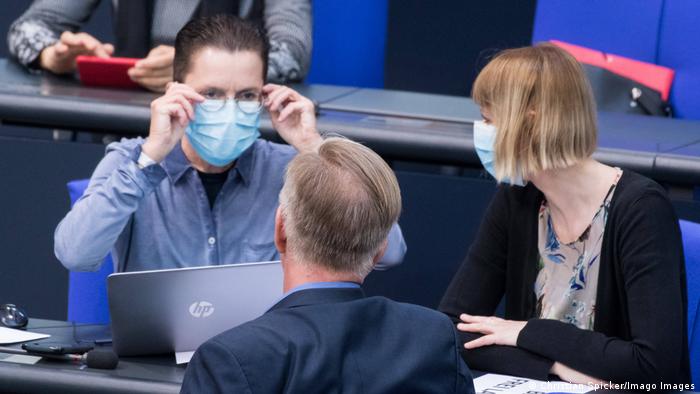 Masks have been a common sight in the Bundestag for months, but they were not mandatory until now

Many German government employees continue to work from home, with more than €93 million ($109 million) spent to outfit them with some 40,000 computers, the German news agency dpa reported.

The regulation comes into force as Berlin's governing senate met on Tuesday and "intensely" debated a curfew for city residents, according to local newspaper Der Tagesspiegel. The curfew would affect restaurants, bars, businesses and local stores. The length of the curfew is touted to begin at either 21:00 or 23:00 p.m. local time each night.

Other restrictions being discussed for the capital include: a ban on the sale of alcohol, restricting the number of people allowed to gather together from 25 down to 1, falling to five during the curfew period. In addition there would be a ban on people meeting in parks.

Following a meeting during midday, the senate is sitting for a second time from 17:00 p.m. local time. They are expected to announce new measures from 18:30 p.m. local time on Tuesday.

Four districts of Berlin have become high-risk zones, meaning they exceeded 50 cases per 100,000 inhabitants for seven days in a row. This is the threshold Germany uses to define areas abroad that are high risk; German residents returning from such areas are required to self-isolate for 14 days, or to obtain a test and demonstrate they are healthy after a shorter period of self-isolation.

How are Germany's states responding?

While most other German states have not yet introduced compulsory quarantines or tests for domestic travelers from the capital, the northern states of Schleswig-Holstein and Lower Saxony have pushed ahead with this course of action, as has Rhineland-Palatinate, albeit with some exceptions. Officials in the northern state of Mecklenburg-Western Pomerania said they would only act if Berlin as a whole were to exceed the threshold.

Bavaria's Minister President Markus Söder has expressed concern about the growing virus transmission rate in Berlin: "I fear that [Berlin] is on the edge of losing control" he said during a state cabinet meeting. He pointed to Bavaria's state capital Munich having regained control over growing numbers by re-implementing a number of restrictions.

Germany's most populous state of North-Rhine Westphalia has also opted not to designate Berlin as a high-risk zone, for now.

Germany recorded 2,600 new daily cases of coronavirus on Monday, part of a continuing trend of daily cases that exceed 2,000. Over 300,000 people have been diagnosed since COVID-19 reached Germany.

How ready is Germany for the second wave?