Germany's biggest cities have collected more than €3 million in penalties from violators of coronavirus restrictions. Munich and Hamburg, which have been hit hardest by the pandemic, have doled out the most fines. 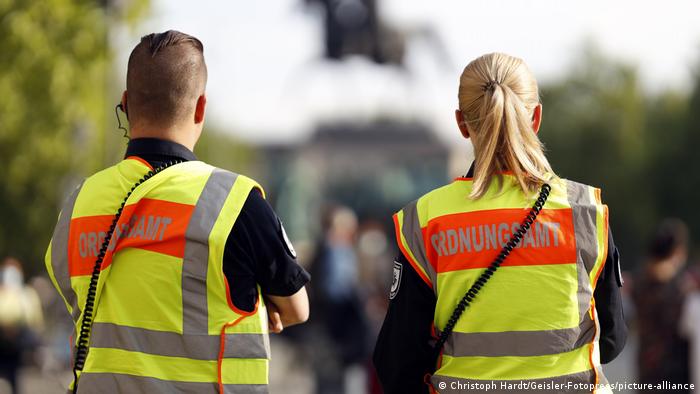 Germany's seven biggest cities have issued more than 35,000 citations for violating coronavirus restrictions since April, according to a survey conducted by the Welt am Sonntag newspaper.

The fines have amounted to a total of €3 million ($3.5 million), the newspaper said.

Munich has taken in the highest value of fines, collecting €1.2 million after doling out over 9,100 citations. The Bavarian state capital has also been the hardest hit German city during the pandemic, reporting 11,800 cases and 225 deaths.

In Berlin, where individual districts keep track of citations, at least 4,400 fines have been issued, worth a total of around €120,000. Welt am Sonntag said not all districts in the German capital had up-to-date numbers.

Not all citations led to paid fines, the newspaper said. But the amount of fines collected could also be higher because notices aren't legally binding in many cases.

On Sunday, thousands will be taking to the streets again in Germany to protest the government's coronavirus measures. DW spoke to a leading German anti-Semitism commissioner to discuss the movement.