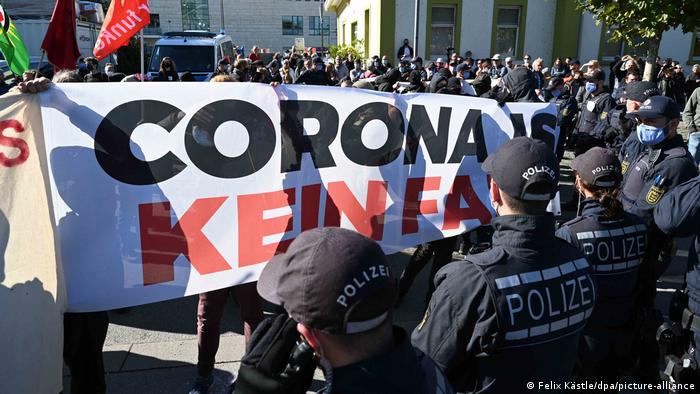 'Corona is not fake,' counter-protesters put on their banner

A police spokesperson said a total of 12 rallies with up to 11,000 participants were planned for Sunday, adding that 3,500 people had registered for protests in advance. Over the course of Sunday, police said about 2,000 people took part in the rallies.

Counter-protesters were also in the city for a number of events with live music close to the Swiss border later on Sunday, with police saying 1,000 people in attendance. 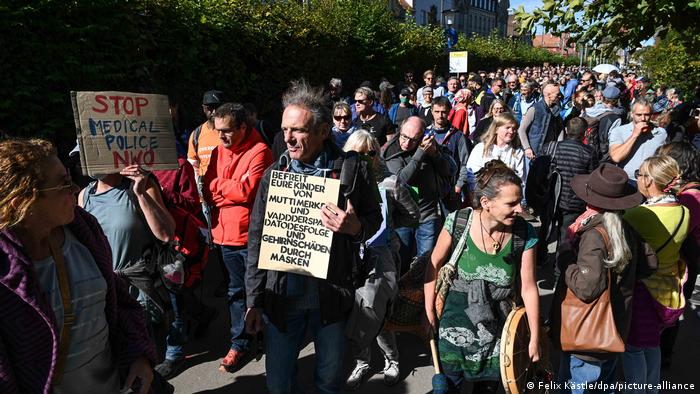 The weekend's events are organized by the Querdenken (Lateral Thinking) movement

Police fired tear gas once to keep opposing groups away from each other.

Police, who were deployed to ensure participants adhered to coronavirus rules, clashed with protesters at the church after most failed to wear a face mask, Germany's DPA news agency reported.

Sunday's events come a day after several thousand people gathered in Konstanz to protest Germany's coronavirus policy. Protesters had tried to form a human chain around the shores of Lake Constance from Konstanz to the city of Lindau.

According to police, the human chain could not be closed as there were not enough people to stretch halfway around the lake.

The weekend's events are organized by the Querdenken (Lateral Thinking) movement. Querdenken was also behind two of Berlin's mass anti-coronavirus measures rallies, which saw right-wing extremists among its crowds. Police in Konstanz said no such symbols were seen at the weekend's demonstrations. 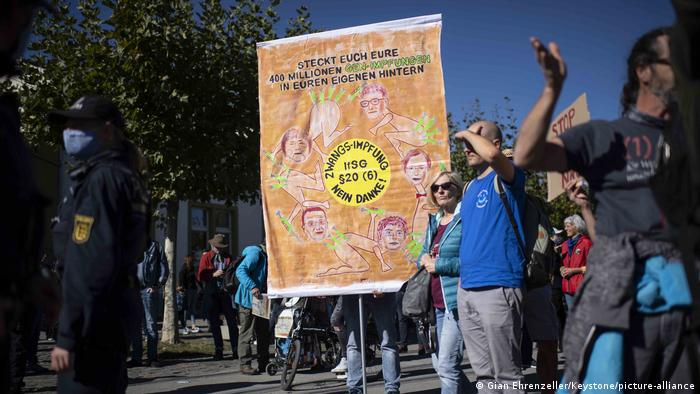 The movement, which has been organizing meetings against the measures for months, had hoped to send a pan-European message against COVID-19 measures.

Located in the state of Baden-Württemberg and situated at the banks of Lake Constance, the popular student city has approximately 83,000 inhabitants.