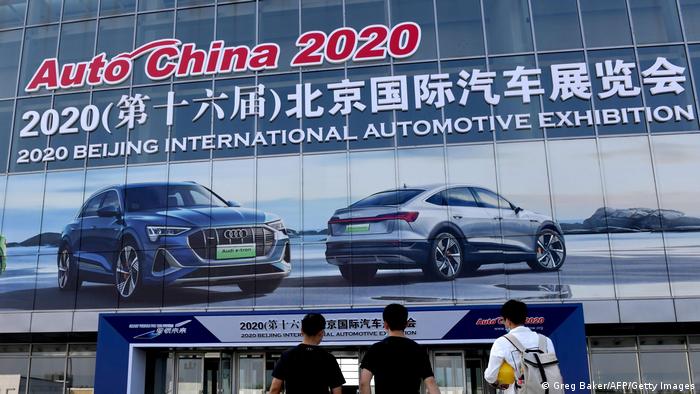 It's a moment car enthusiasts have waited months for, having been left frustrated following the cancellation or postponement of some of the auto industry's marquee events — including the auto fairs in Geneva and Detroit — due to the COVID-19 pandemic. Automobile fans can finally get up close and personal with their favorite vehicles after enduring months of virtual launches.

The motor show in Beijing, taking place from this weekend after nearly a six-month delay, is the first auto gala since the coronavirus outbreak and comes just months after a record drop in car sales, including a nearly 80% crash in China in February.

For the carmakers, battered by the economic fallout of the pandemic, the event offers an opportunity to showcase their latest offerings and innovations and network with experts and customers as they strive to gain market share in the world's biggest auto market.

"I think it's probably the only world-class auto show that's going to be held this year, though a lot could still happen," UBS analyst Paul Gong told DW. "A lot of new models over there that should have been displayed several months ago are all concentrated in this auto show. In that respect, the show is pretty important for the industry."

It's all about electric cars

German carmakers, including Volkswagen and its brands Porsche and Audi, as well as Mercedes-Benz owner Daimler, and BMW, are eager to make most of this opportunity and are showcasing dozens of cars, many of them electric.

Volkswagen is presenting its ID4 electric SUV. The ID4 will be the first modular electric-drive matrix, or MEB platform-based electric vehicle produced in China and will be available early next year.

VW is betting big on the world's biggest market for electric vehicles as it transitions from a traditional carmaker to an electric vehicle behemoth. The Wolfsburg-based company said in May it was investing about €2 billion ($2.34 billion) to boost stakes in two Chinese electric vehicle players.

"Chinese customers are much younger than those in other markets. They embrace high technology and expect more connected services," Min Xie, a VW spokeswoman, told DW. "By introducing our new pure electric vehicles (MEBs) in China, we will fully leverage the potential of electric cars for the first time."

Stuttgart-based Daimler, which is also doubling down on China for future growth, is presenting 24 Mercedes models at the event, including the latest edition of the S-class, a money-spinner for the company, especially in the Asian country. The company plans to introduce further battery-electric vehicles and plug-in hybrid models in the Chinese market following the Mercedes-Benz EQC SUV, introduced at the end of 2019. Daimler is also working together with our long-term partner BYD on the homegrown DENZA brand. 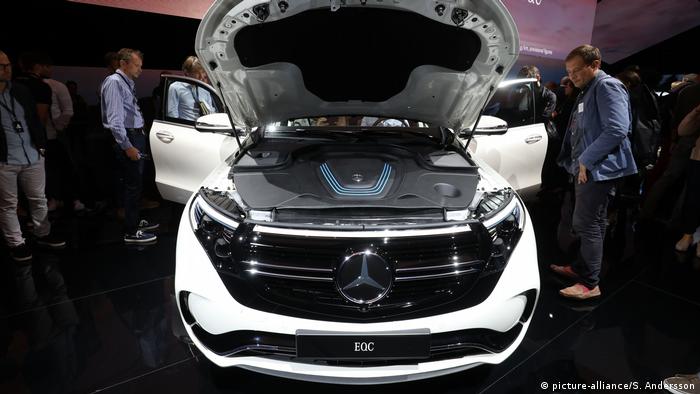 Daimler boss Ola Kallenius told the Financial Times earlier this month that the company would not be expanding production in Germany and that it would invest in the Chinese market instead.

"China has been a huge market for global carmakers, increasingly it's also becoming a source of innovation and supply-chain cost cuts," Gong said. "So, even for the carmakers' global success, China's R&D and supply-chain network in the EV market is only going to play a bigger and bigger role in the electric and autonomous era compared to the traditional combustion engine era."

The electric cars produced by joint ventures (JVs) between global carmakers and their Chinese partners have yet to prove their competitiveness in China's EV market.

"The EV product launch by the foreign JVs has been slower than the local brands. Even though some models have been launched by them, they are predominantly modified from traditional combustion engine cars which are not competitive enough," Gong said.

It's being reported that Daimler's Chinese partner, BAIC, could announce an increased stake in the German carmaker on the sidelines of the motor show. The news agency Reuters reported in December last year that BAIC, which currently owns 5% of Daimler, was considering doubling its stake and winning a board seat in the German premium carmaker.

The move would put almost a fifth of the German national champions under Chinese owners. BAIC's rival Geely, owned by billionaire Li Shufu, bought a 9.7% stake last year and is the biggest single shareholder in Daimler.

Bloomberg reported in December that BAIC's move could potentially ease the way for Daimler to boost its 49% stake in its main Chinese joint venture with BAIC.

A Daimler spokeswoman said the company does not comment on speculations.

China  a bright spot amid mayhem

China has been one of the few bright spots for German carmakers in recent years, softening the blow from their "dieselgate" emissions scandal, waning global demand, higher tariffs caused by US-China trade tensions and a costly transition to electric and self-driving cars. The auto firms, which depend on the Asian economic powerhouse for up to 30-40% of their sales, managed to boost their market share in the country even as the auto industry witnessed falling sales in the past two years.

The Asian country has also been driving the carmakers' post-coronavirus recovery amid a fragile revival in Europe and the US, where car sales remain well below last-year levels. China's auto sales in August rose 11.6% to 2.19 million vehicles from the same month a year earlier, the fifth consecutive month of gain. The premium segment, dominated by the German brands, has performed even better as their customers — with higher savings and better employment showed more resilience to the economic shock caused by the pandemic than the working class.

"China will also be important in a global context as we forecast European sales to decline 19.9% in 2020 compared with just a 9.2% decline in China, so it provides some cushioning for carmakers exposed to both markets," Anna-Marie Baisden, the head of autos, country risk & industry research at Fitch Solutions, told DW.

German car industry officials are meeting with the government to discuss more state aid. The coronavirus pandemic has added urgency to solving problems that are compounded by the industry's struggles with transformation.