Change is possible after all: Reforming the United Nations | Environment| All topics from climate change to conservation | DW | 26.07.2010

Change is possible after all: Reforming the United Nations

Rich and poor nations showed this year that they could overcome deep divisions to create a long-overdue institution for women, writes Silke Weinlich. The test now is whether it can perform to expectations. 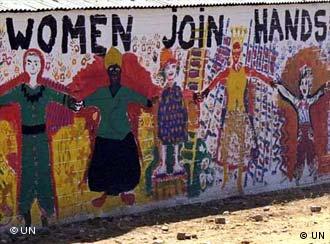 In early July 2010 the United Nations (UN) created a new Entity for Gender Equality and the Empowerment of Women – to be known as UN WOMEN. It also adopted important resolutions aimed at improving the UN organizations' development cooperation.

The first you've heard of it? That is a shame because these achievements show that the organization is capable of instituting reform and that multilateral action among 192 countries remains possible.

So what's it all about? 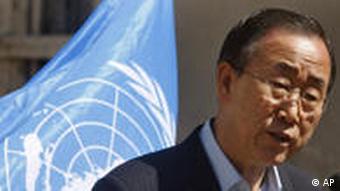 UN organizations like the development program (UNDP), the children's program (UNICEF) or the World Health Organization (WHO) – to name but the three largest – are important multilateral actors. They have a key role to play when it comes to implementing universally valid norms such as, for instance, human rights, gender equality and environmental standards. Along with their global, operative tasks they also contribute research studies to the development discourse (for example, the annual UNDP Human Development Report) and engage in advocacy work on behalf of the most disadvantaged.

The fact that developing countries are involved on equal terms in the governance of UN organizations means they are regarded as especially legitimate. And that is why they are in a better position to engage in sensitive policy fields.

Nevertheless, the UN system is highly fragmented. The numerous organizations often do not work well together, their fields of activity overlap and they ought to bring their individual strengths more to the fore. These were the conclusions drawn in a report submitted by a high-level panel of experts in 2006 that recommended that the UN should "deliver as one." The experts also felt that the UN's structures should be simplified, among other things in the fields of women and gender equality. They recommended that the four institutions dealing with these issues should be combined to form a new organization in order to make them more visible and better able to assert themselves by bringing together resources and mandates.

While western industrialized nations backed ideas to simplify UN structures and to concentrate their areas of activity, some key developing countries and emerging economies regarded these plans with suspicion from the very outset. In their eyes these steps would weaken the UN, which on paper at least has a comprehensive mandate for economic and financial issues.

They feared that development policy would suffer further cuts in favor of the security agenda endorsed by the West, and emphasized that it was the UN's institutional and thematic variety that set it apart. In view of their dissent as to the content of the majority of the experts' suggestions, they insisted that the negotiations - and thus any possible compromises - should cover all issues. The establishment of the new women's organization, which many developing countries also backed, thus became dependent on consensus in other areas. 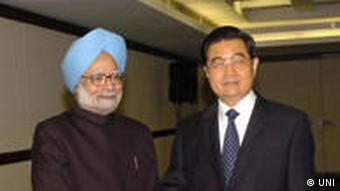 The most important decision that has been taken is that to establish UN WOMEN. The entity aims to be up and running by January 2011. Its work will on the one hand be normative, that is it will continue developing existing international obligations and ensure they are observed and implemented across the world. On the other hand, it will run operational programs for which it will have a budget of 500 million US dollars at its disposal.

Other decisions are less spectacular but nevertheless important, namely those on improving the governance of the UN development system, on harmonizing administrative procedures across the entire system, guaranteeing a reliable funding base in the future and in regard to an ongoing reform initiative in which the UN family delivers as one in eight pilot countries.

The resolution was preceded by four years of negotiations. It quickly became clear that no radical restructuring exercise would be possible, as consensus could only be reached on implementing successive small-scale reforms. Although the line of conflict traditionally ran between developing countries (G-77) and industrialized nations, clear differences became apparent. Smaller, poorer countries like Rwanda and Tanzania as well as middle-income countries like Vietnam and Uruguay, in which bilateral development aid is gradually tapering off, have a particular interest in more coherent and effective cooperation with UN organizations.

The positions adopted by a few ideologically-,motivated countries like Cuba or emerging economies like India and Egypt were primarily based on power politics and their attempts to prevent changes or achieve concessions. The industrialized nations' positions were more homogeneous. During the very last phase of negotiations, however, the United States irritated the other countries by going it alone and making concessions on the new UN WOMEN supervisory board. Ultimately, however, no-one wanted to stand in the way of the creation of an organization that had long been overdue. 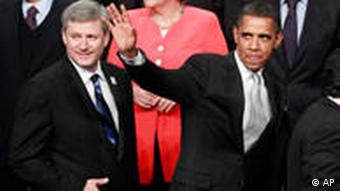 The resolution set an important milestone on the road to the reform of UN development cooperation. However, UN WOMEN must now prove that it can be more than the sum of its individual parts. Appointing a well-known and authoritative personality from the South to the leadership position will play a key role when it comes to gaining acceptance for the organization's work in developing countries, as well as for the generosity donor countries will now have to show.

Despite the need to tighten budgetary belts, Germany should contribute financially. Not only in order to increase its chances of being elected onto the Security Council in October 2010, but also, in view of the recently announced cuts in contributions, to demonstrate that the UN is still an important partner for Germany.

The UN remains an indispensable consensus-reaching and decision-making forum when it comes to pressing global challenges. In countries of the South, the world organization's development activities are key to gaining acceptance for its activities in the areas of security, or norm and standard setting. Also in the age of the G-20, strengthening the UN continues to be in Germany's interest.