People have been praying for water since time immemorial. As supplies to the Afghan capital Kabul reach dangerously low levels, the city government hopes religious leaders can help. But not how you may think. 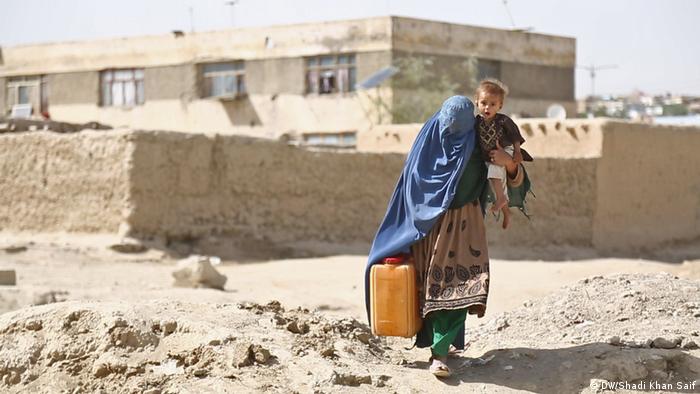 Foreign invasions, civil war, terror attacks, competing warlords — fate has not been kind to Afghanistan in the past decades. Now, as many people leave their homes in the countryside for Kabul in search of a better and indeed safer life, the country's capital is facing a threat of an entirely different kind: a severe water shortage.

The situation is so dire that Afghanistan's National Disaster Management Authority (ANDMA) has warned that increasing demand and use of water in the city could see underground water reserves dry up within the next decade.

Kabul's groundwater levels have already dropped 20 meters (66 feet) in the past five years, according to the Afghanistan's urban water authorities. And with a trend toward less rain and snowfall, there is every chance that levels will continue to drop.

That is desperate news for the almost 5 million-strong capital, which is considered one of the world's fasting-growing cities.

Read more: For Afghan farmers, climate change is 'god's will' 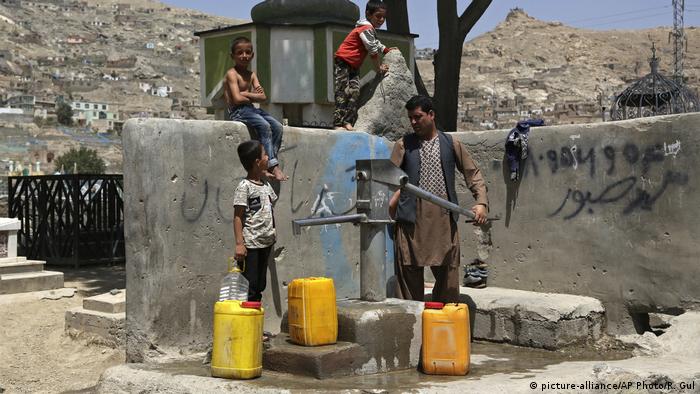 If the city is to remain habitable at all, it will take a concerted communal effort to manage what water there is. That means raising awareness. Easier said than done. So, the city administration has turned to an unlikely yet influential group of people for help: religious scholars and imams.

Preaching for the future

Kabul's authorities invited hundreds of religious leaders to take part in a four-day water conservation workshop, on the basis that they would then spread the word in their communities.

One participant, Mullah Obaid Ullah, an imam in the eastern neighborhood of Ahmad Shah Baba Mina, uses his sermon before Friday prayers, when mosques are at full capacity, to share what he has learned.

"My Muslim brothers," he says, addressing hundreds of neatly dressed men of all ages, "we will be held accountable in 'Akherat' (hereafter) for all our deeds in the world… Be very careful and fair in using the blessings we have been offered by 'Allah', such as water."

Booming from the mosque speakers, his words echo across the newly developed neighborhood alive with construction and well-excavation sites.

"Needless washing of your cars every day, keeping the taps and showers running unnecessarily, even for 'Wudu' (the Islamic procedure for washing parts of the body before prayers) wasting water is strictly prohibited." 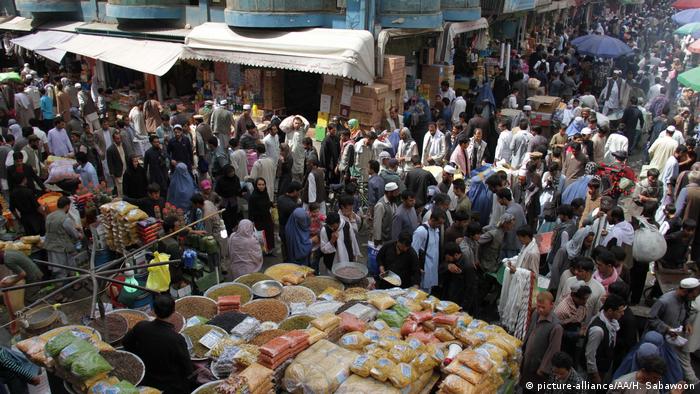 The fact the message is delivered from a mosque — a forum rarely used for teaching on non-religious issues — automatically lends it a note of urgency.

And it is an urgent issue. ANDMA spokesman, Omar Mohammadi says just 65,000 homes in Kabul have access to a municipal supply. Many of the 213,000 wells across the capital, he says, are self-dug. And they offer no guarantees.

"Four years ago, I spent almost $1000 (€863) to dig a 35-meter deep well, but it has dried up," Mohammad Ummer, a father of five, tells DW. "Now. I'm worried and frustrated because there's no room available in my house to allow the heavy drilling machines to enter and dig a deeper one."

Other parts of Kabul are facing similar, and in some cases, even worse situations.

"Look at this," camp-dweller Noor Rehman says. "This is the only well for the whole camp, and the water is salty. Our children are getting ill from drinking this water, but we have no alternative." 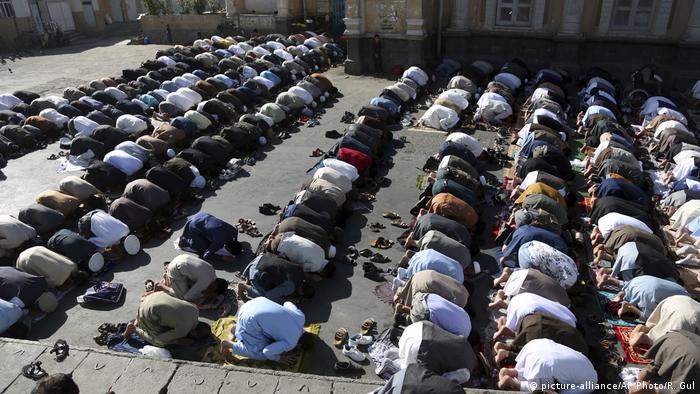 Can the need for water management be imparted along with prayers?

Against this backdrop, Afghanistan's environmental protection agency hopes the collaboration with the 300 religious leaders, who took part in the water conservation training, will lead to long-term benefits.

But Hamidullah Yalani, head of AUWSSC, says the government is also pursuing other ideas.

"Building new dams is among the top priorities of the government," he tells DW. "Work is already underway on a number of dams in different parts of the country."

They would create an opportunity for groundwater levels to recharge, which is critical given the constant stream of war-weary Afghans arriving in the metropolis in search of a new beginning.

But construction takes time, so Mullah Obaid Ullah hopes to see his community practice what he preaches. Though he also holds out hope for divine intervention.

As he concludes his Friday prayers in his packed Kabul mosque, he raises his hands to the skies above.

"Oh Allah!" he says. "We are weak, and may have committed many mistakes and been disobedient, but you are forgiving and merciful. Have mercy on our state, bless us with rain and snow… Amen."

Food economics expert: 'I am worried about regions that are already poor'