A coup in Pyongyang would be a welcome solution to problems posed by the reclusive and pugnacious regime in North Korea. But convincing the dictator's closest allies to turn against him will be tough, say experts. 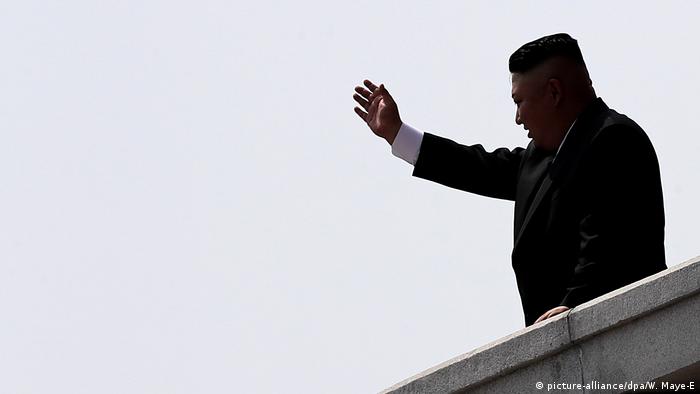 A study by the RAND Corporation, a US government-funded think tank has proposed a radical new solution to the seemingly intractable problem of North Korea's worsening relationship with the international community.

It suggested that incentives such as immunity from prosecution for human rights abuses might be used to encourage senior members of the regime to stage a coup against the country's leader Kim Jong Un.

The report, recently published by RAND's National Security Research Division, says that North Korean propaganda has indoctrinated the regime's elites to believe that reunification with South Korea would be a disaster to them and result in loss of power, influence, wealth and prestige. In extreme cases, should the collapse of the regime in Pyongyang involve outbreaks of fighting, then it might even cost them their lives.

As a result, the most critical element of signaling external support for any such uprising against the latest member of the Kim dynasty to rule the nation will be promising coup plotters that they will be protected and even have a say in a post-Kim North Korea.

Analysts, however, point out that previous coup attempts have failed in the North and that the regime keeps a very close eye on those with any degree of power, making the coordination of any uprising a very difficult proposition.

RAND has identified what it believes are the five conditions that would need to be satisfied for senior members of the present regime in Pyongyang to conclude that reunification of the Korean peninsula would be beneficial for them.

The primary condition would be ensuring their individual safety, followed by maintaining their positions, protecting their wealth, ensuring the safety and privileges of their family and the chance to do "something meaningful for their country."

To help convey that message to potential plotters, the report calls on South Korea to "establish more unification-friendly policies" and reduce concerns about reunification, as well as establishing a legal basis for extending amnesty to most North Korean elites after unification and promising to continue their roles in a new government in Pyongyang.

The study concludes that the "conditions for unification could develop at any time" and that South Korea needs to assemble funds to support the cost of unification and to underline that its plans are serious.

Yet analysts believe that no inducement will be enough to convince a North Korean official who fears for his life - and that of his extended family - to betray the regime. They point to the case of Jang Song Thaek, Kim's uncle, who was summarily executed in 2013 despite serving as a mentor to the young dictator.

"There is no question that ousting the Kim dynasty by fracturing the elite is a strategy that has been considered and that outcome would be popular, but we cannot underestimate the monitoring carried out by the regime's instruments of repression and the punishments that are handed out to anyone who is disloyal," said Daniel Pinkston, a professor of international relations at the Seoul campus of Troy University.

"And even if there is a person in the regime who is so committed to removing Kim that he would be willing to risk his life, then we have to remember that under the North Korean system, the family of anyone who is disloyal is also held accountable," he told DW.

The Kim dynasty has also, down the decades, been cunning in the ways in which it rewards those who are loyal, showering them with gifts that are beyond the wildest dreams of ordinary North Koreans, such as new Mercedes cars and homes in shiny new apartment complexes, Pinkston added.

Yet another hurdle that must be overcome is what Pinkston terms "rebels' dilemma," or the perceived benefits of joining an uprising weighed against the possibility that promises of more power or wealth might very well be reneged on at a later date.

Despite the clear disincentives for any plotters, Toshimitsu Shigemura, a professor at Tokyo's Waseda University and an authority on North Korea's ruling family, points out that there have been attempted coups against the Kim family, most recently in 2013.

Personal security around Kim was dramatically stepped up in March 2013, according to intelligence sources in South Korea, with armored vehicles deployed close to his personal residence in Pyongyang, troops armed with automatic rifles on the streets of the city and mobile phone signals jammed at public events that the North Korean leader attended, apparently out of concern that they could be used to detonate a bomb.

Four months previously, there were reports of outbreaks of gunfire on the streets of the North Korean capital between factions within the military and heightened discontent in some quarters with the way in which Kim was managing the country.

"There have been at least three attempted coups since 1992 and another one is, of course, possible if a sense of distrust in Kim's leadership grew more broadly throughout the armed forces," Shigemura said. "But it has become increasingly difficult to cooperate in a coup because all officials' phones are tapped and their movements are watched very closely.

"Organizing an uprising on the scale that would be needed to overthrow Kim would be an extremely difficult task," he said.