In a DW interview, North Korean defector Park Yeon-mi talks about her escape from the communist country and challenges she is facing now. The activist says she's worried about the safety of her relatives in the North. 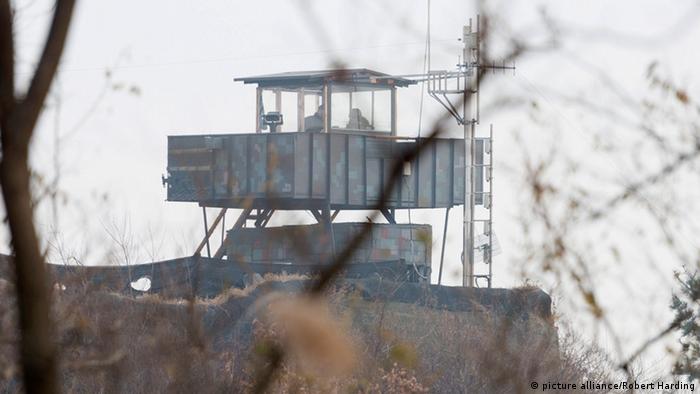 It's been one year since North Korean defector and activist Park Yeon-mi published her memoir "In Order to Live: A North Korean Girl's Journey to Freedom," which details her childhood struggles and escape from Kim Jong Un's totalitarian regime.

In the book, the 23-year-old activist explains how she and her mother were smuggled across the border into China after her father was caught and tortured for trading on the black market. Her escape wasn't for freedom, but for a bowl of rice, she said.

"I wasn't dreaming of freedom when I escaped from North Korea… I was willing to risk my life for the promise of a bowl of rice... and searching for my older sister, Eun-mi, who had left for China a few days earlier," she wrote in her book.

Eventually, Park's horrific journey led her to Seoul, South Korea, where she and her mother reunited with Eunmi.

Park now studies economics at Columbia University in New York, campaigns for human rights and gives speeches across the world. But a number of analysts say that there are serious inconsistencies in Yeonmi's claims. 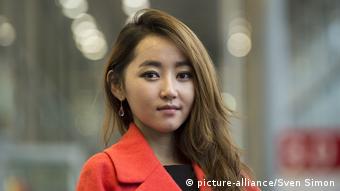 Park: 'In North Korea, you have to live for the regime'

DW: It's been almost ten years since you escaped from the North. Now, you're a human rights activist, speaking out against North Korea's regime. Has this freedom of expression benefitted your campaign?

Park Yeon-mi: I am still not free. The North Korean leadership continues to threaten me through YouTube videos and has threatened my family members who still live in the North. The Kim regime does everything to silence me, even now. I don't think anyone should have power over me, or have the right to tell me what to say or how to think. That's not right. I want to be free.

So you're saying that you still fear for your life?

When I spoke out for the first time, I absolutely feared for my life. When I gave my speech two years ago at the One Young World Summit in Ireland, I didn't really realize what I was doing, because I thought I was only risking my own life. What I didn't know was that I was risking my entire family's life, and I still am.

I saw the threats the North Korean regime made towards me on YouTube. They wanted to convey to me that they knew me, that they knew what I had been doing. They're really trying their best to stop me. If you see the videos on YouTube, you can see my cousins, my aunts, even my neighbors – everybody – in them. It was a message that they could harm my relatives. It was a warning for me.

I am an ambitious person. In the West, being ambitious isn't a bad thing. You work hard and you have a purpose in life. But in North Korea, you can never be individualistic. You can never live for yourself. You have to live for the regime.

Have you heard anything about your family in Korea? Are they alive?

If the North Korean regime collapsed, would you return to your country?

I would. I really want to go home as a free person, to a free country, to see my relatives. That's what I am looking forward to.

It saddens me that just recently South Korea celebrated Chuseok. It is the time when families sit together and talk about their ancestors and celebrate the harvest festival. Knowing that I won't be able to spend the holidays with my family is painful.

I also know the same is true for many North Korean refugees. There are over 30,000 North Korean defectors living in the South, and a lot of them live on their own. Most of them, unfortunately, won't be able to visit their families again or celebrate the holidays with their loved ones.

South Koreans often don't think of North Korean defectors as Korean. While we have been granted citizenship, the locals don't consider us as South Korean citizens. We are often treated differently and viewed differently, even by people who care for us the most.

How can people support your cause?

The reason I give so many talks is to tell people about the tragedies in North Korea. There are many ways to help: You can raise money for NGOs, like LiNK (Liberty in North Korea), which rescues and resettles Korean refugees. You can volunteer your time to help North Korean refugees by teaching them computer skills, math and other things. You can also spread the word to your friends via social media, which has helped in my own campaign.

Writing letter to senators and world leaders is also a good way to pressure China to stop sending refugees back to the North.

Park Yeon-mi is a North Korean defector and human rights activist who escaped to China in 2007 and settled in South Korea in 2009.

The interview was conducted by Shay Meinecke.

North Korea's deputy ambassador in London has fled to Seoul with his wife and son, according to South Korean officials. The man, Thae Yong Ho, is one of the highest-ranking diplomats ever to abandon the Pyongyang regime. (17.08.2016)

In Berlin, North Korean defectors remember their past

North Korea is one of the world’s most repressive, brutal regimes. But over the years, some have managed to escape its deadly iron fist. Naomi Conrad met two such defectors in Berlin. (23.09.2015)