A former officer in Pyongyang's armed forces says mentally and physically disabled children are used as subjects in chemical weapons experiments in North Korea, a claim denied by the supporters of the communist nation. 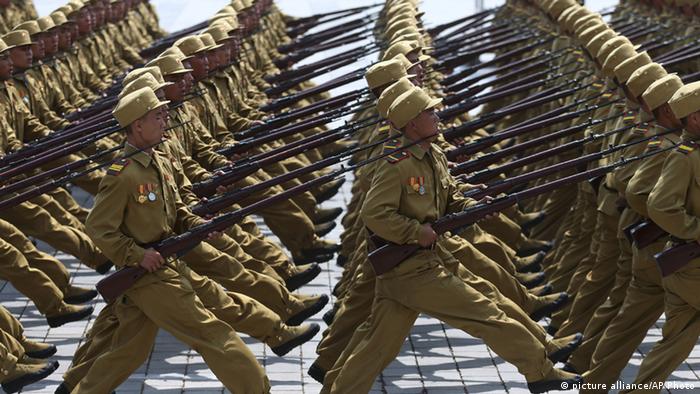 Im Cheon-yong says that witnessing mentally and physically handicapped children being used in chemical weapons tests carried out by the North Korean military was the last straw.

An officer in North Korea's special forces, Im had reservations about the nation in which he was living, and the regime that he served to the best of his abilities, but the "special training" he was required to undergo at a military academy in North Pyongan Province for the regime's elite troops helped to convince him that he needed to defect.

"If you want to graduate from this academy, you need to learn how to confuse the enemy without revealing your own forces, how to carry out assassinations, how to use chemical weapons and so on," he told DW. 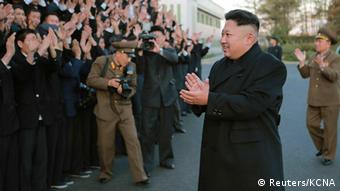 'The regime does this because it insists to their people that North Korea is heaven on Earth,' says Shigemura

"And then we have what they call 'field learning'. For the biological and chemical warfare tests, we needed 'objects'," he added. "At first, they used the chemical agents on mice and showed us how they died. Then we watched the instructors carrying out the tests on humans to show us how a person dies. I saw it with my own eyes," Im claimed.

He said he got repulsed by what he had witnessed and managed to get over the border into China and arrived in South Korea in the mid 1990s. Now 50 years old, Im is a prominent advocate of the regime change in Pyongyang and president of both the Soldiers' Alliance for Free North Korea and The Fellowship Foundation for Freedom.

Some North Korea experts say that Im's experiences tally with other defectors' tales of abuse of citizens of the world's most isolated state. Some of that testimony was shared with the United Nations' Commission of Inquiry before it issued its damning report on the state of human rights in the North in February.

"There are too many of these stories now for them not to be true," Toshimitsu Shigemura, a professor at Tokyo's Waseda University, and an authority on North Korean affairs, told DW. "There were reports in the past but it was difficult to confirm them, but the testimony that is emerging now is consistent and from numerous sources," he added.

Kim Jong-un is going to assume greater powers with the end of the three-year mourning period for his father, but analysts warn that mounting pressures - domestic and international - could hasten North Korea's collapse. (17.12.2014)

"Anyone who goes to Pyongyang will notice that there are no disabled people about at all," he said. "We now know that they are being taken away as children and incarcerated in special camps. The regime does this because it insists to their people that North Korea is heaven on Earth, and there can be no disabled people in paradise," he said.

"It is the same nonsense," he told DW. "This guy - and plenty of others like him - are just looking to make money by attracting the attention of South Korea and the US. That is why they make these lies up. People like him know nothing about the real North Korea and all they care about is making money from their lies." 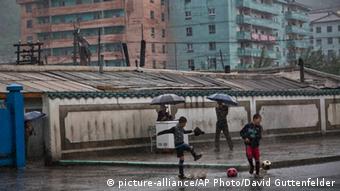 'The authorities buy disabled children from their parents for a few kilograms of rice,' claims Im

According to Im, experiments on humans date back to the late 1960s and one of the first facilities used for chemical and biological weapons tests on humans was constructed on the military controlled island of Mayang-do, just off the east coast port of Sinpo, which is also North Korea's most important submarine base. A second facility was subsequently constructed on an island off the west coast of the peninsula, while a third is in operation alongside a political prison camp outside the city of Hyanghari, the defector claims.

"They use anthrax bacterium as well as 40 different types of chemical weapons that the regime has developed itself," Im said. "Through these experiments, they know the effects of the weapons and the amounts to be used."

To give the regime's actions legitimacy, children born with mental or physical disabilities are not taken away by force - although, in reality, few citizens of North Korea have the right to resist the authorities' will, says Im.

"They want to do it 'legally' and they don't want to lose the support of the people, so they buy disabled children from their parents for a few kilograms of rice," he said. "The officials say they will take care of the children."