Bribery: the price of doing business? | Business| Economy and finance news from a German perspective | DW | 30.03.2010

Bribery: the price of doing business?

German firms have been involved in a string of corruption scandals in recent years. These incidents show that in many parts of the world, bribery and under-the-table deals are firmly entrenched in the business culture. 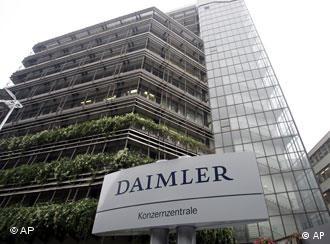 The United States Justice Department last week revealed that German carmaker Daimler had bribed foreign officials in no less than 22 countries between 1998 and 2008. The company agreed to pay 138 million euros ($185 billion) in fines.

The Daimler investigation is the latest in a string of probes involving large German corporations in recent years. In 2006, German engineering giant Siemens was accused of funneling hundred of millions of euros through overseas slush funds to secure contracts. Two years later, the company had to pay 594 million euros ($800 million) in fines over a bribery scandal linked to Argentina, Bangladesh, Iraq and Venezuela.

Analysts said that the scandals do not indicate a growing trend of corporate corruption in Germany. However, they do show that Germany, which bases its economic power on its ability to export goods and expertise, does business in parts of the world where bribes and other off-the-book deals are commonplace, and a necessary part of doing business.

According to Transparency International's 2009 Corruption Protection Index, Germany placed 14th - an indication that internal corruption is low. However, many of the countries where German firms do business score poorly.

China, for instance, is Germany's 8th largest export market, but only ranks 76th in the anti-corruption index. Russia - the 13th most important market for German goods - is placed 146th. According to the US Justice Department, officials in both countries received bribes from Daimler. 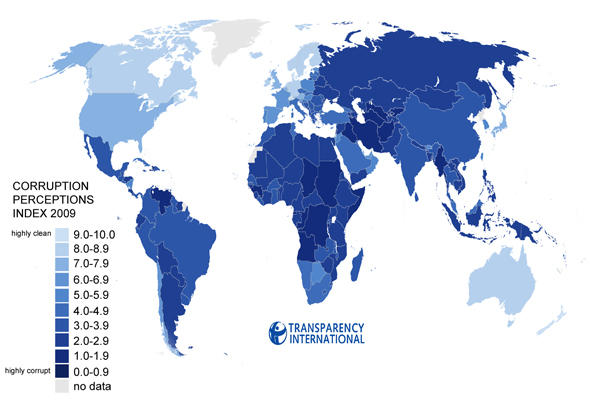 In some nations, the fast-changing global political landscape has contributed to business corruption. For instance, after the fall of communism, former Soviet bloc countries had to quickly develop market economies in order to compete. Transparency International has recognized this problem in eastern European Union member states, and has lobbied the EU to improve corruption oversight mechanisms.

"The EU now has a mandate which enables them to develop a robust periodical evaluation mechanism of anti-corruption efforts in 27 EU member states and also for countries aspiring to enter the EU, with the duty to hold all governments to account," Jana Mittermaier, head of Transparency International's liaison office to the EU said. "Regular reporting and evaluation of anti-corruption measures in member states will help strengthen European citizens' trust in their own public institutions and those of the EU."

While Europe has the political and legal structures to address corruption, other countries either lack the political will to take corruption seriously, or simply accept it as the price of doing business.

For instance, after the collapse of the Soviet Union, corruption was rampant in Russia. As president, Vladimir Putin made successful attempts to combat it on a large scale, and current President Dmitry Medvedev has acknowledged corruption as a major problem as well. However, for many businesses there, it remains an integral part of the business culture. 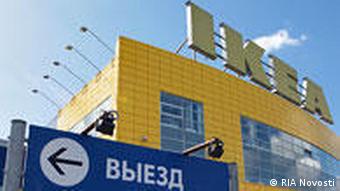 Ikea stopped investing in its Russian business because of corruption there

Corruption is so widespread in Russia that some firms have decided to stop investing in growing their business there. Last year, Swedish furniture giant Ikea said it would make no more capital investments Russia, citing the "unpredictability of administrative processes" there. Last month, two Ikea executives were fired for paying bribes to a Russian contractor.

"Ikea as a major shopping center developer wishes to invest in Russia to serve our customers and bring jobs and growth," Ikea director, Per Kaufmann, said in a statement announcing the pullout "Yet, as long as the principal issues being crucial for Ikea development in Russia remain pending, we have to put all new investment plans on hold."

The same can be said of China, as the recent bribery scandal involving mining giant Rio Tinto illustrates. Four Rio Tinto employees were jailed on Monday for giving and receiving bribes. At the outset of the inquiry, Rio Tinto said its employees were simply playing by the unacknowledged rules of conducting business in China, although in recent days the company has abandoned the four workers.

In a recent paper, Minxin Pei, an adjunct senior associate with the Carnegie Endowment for International Peace's China program said that corruption in China is so endemic that it threatens the nation's economic development.

“Corruption has not yet derailed China's economic rise, sparked a social revolution, or deterred Western investors. But it would be foolish to conclude that the Chinese system has an infinite capacity to absorb the mounting costs of corruption,” Pei wrote. “Eventually, growth will falter.”