The EU's preferred option is for Britain to stay. Failing that, Brussels would like the UK to remain as close as possible. For now, though, Europe's leaders just want some clarity on what the British government wants. 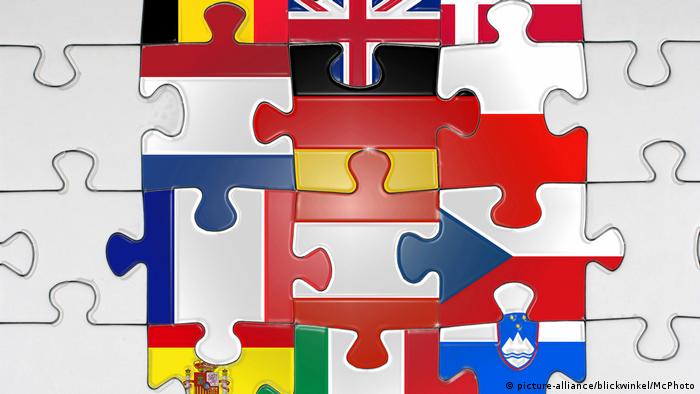 With the beleaguered British Prime Minister Theresa May announcing her Plan B on Monday, EU leaders are scratching their heads about how to resolve the situation.

Brussels is seeking clarity ahead of Britain's March 29 exit date, insisting that the ball is in Britain's court, and not vice versa.

European leaders have urged the UK to explicitly state what it wants, but they do have preferences of their own.

What the EU's position is:

The EU has said it would ideally want Britain to remain a member of the bloc, something that would require the revocation of Article 50 which the UK invoked to leave the bloc.

Otherwise, the favored plan B would be for Britain to become a member of the European Free Trade Area (EFTA), like Norway. This would keep Britain in the single market. It would have to accept freedom of movement, obey many EU rules and be obliged to make a financial contribution to the bloc while having no voting rights.

To facilitate that, Brussels would be prepared to delay Brexit day until May 26 at least, when European elections take place.

Negotiators from the bloc have said that to resume any substantive negotiations they would need the UK to alter its red lines — for example on membership of the Customs Union — something that might lead to a softer Brexit than had been anticipated under the Theresa May deal.

If Britain still wants to leave with something similar to May's unpopular Brexit agreement, Brussels has said it can clarify the terms but that it can't change legal aspects.

EU member states would prefer to avoid a hard Brexit, but have begun to make preparations for one.

What European leaders have said:

German Foreign Minister Heiko Maas has expressed his frustration with British indecision. He urged Theresa May's government to express its wishes in more positive terms on Monday. "We now know what they don't want in London," said Maas. "Now we must at last find out what they want."

Germany's Europe Minister Michael Roth echoed Maas' remarks exactly. However, he also said Britain should think about reviewing its decision to leave with a second referendum. "The door to the EU always remains open to perhaps think about it again," Roth said.

German Chancellor Angela Merkel said she would work up to the last moment to ensure that Britain could agree an orderly exit from the EU. The chancellor said on Sunday that it was incumbent on her government to help shape the process of separation in a responsible way. "We don't want people to shake their heads in 50 years' time and ask the question: 'Why weren't they in the situation to find a compromise?'"

Irish European Affairs Minister Helen McEntee said Dublin would not enter into bilateral talks with London over the backstop agreement. McEntee stressed that Ireland would only negotiate as one of the 27 remaining members of the EU. "What we can't do and what we won't do, because we have not throughout this entire process, is engage in any kind of bilateral negotiations," McEntee told Irish broadcaster RTE.

What do individual member states want?

The member states of the EU all tend to want a soft Brexit, but not at the expense of compromising the EU by offering more favorable terms to non-members. That said, each country has its own big concerns. Here are a few:

Germany has been most clear about the idea that Britain shouldn't be allowed to "cherry pick" the best parts of EU membership without any of the corresponding obligations. Berlin's main concern is to protect the integrity of the single market.

Ireland is the country that would be most affected by a hard Brexit, especially economically. As the only EU country to have a land border with the UK, it's keen to ensure that there's no hard border on the island of Ireland. That's why the EU is so insistent on the so-called backstop, which has proved such a stumbling block in negotiations.

France is also concerned about protecting the integrity of the EU but it's also focused on practical concerns related to its proximity to the UK. As such, Paris is keen to ensure that trade at ports is as frictionless as possible, without compromising standards. A key concern is also access to fishing waters, something likely to come up in any future trade talks.

Spain has a border with the British overseas territory of Gibraltar and strong trade links with the UK, so it's eager for a softer Brexit. As a tourist haven, it's also keen to ensure that Brits are able to travel to the EU without too many restrictions.

Among Poland's major interests is ensuring the rights of its citizens, of whom there are more than a million living in the UK. Romania has similar concerns. Both countries are worried that the loss of the UK's financial contributions to the EU, they, as net beneficiaries, could suffer if the EU budget shrinks.

Like Germany, Sweden is a major contributor to the EU budget and it doesn't want to have to make up for a black hole in the EU budget. As such, it's keen to see that there is a deal so that Britain pays its so-called divorce bill of 39 billion pounds ($52 billion, €44 billion). Other net contributors to the EU include Austria and Finland.

Belgium and the Netherlands are also net contributors. They're also both relatively close to the UK, with strong maritime links, and they're keen to keep borders as frictionless as possible. However, each wants to ensure that EU institutions are protected, and so are not keen on a deal that favors the UK at the expense of others.

In 2016 an overwhelming majority in Ramsgate on the UK's southeast coast voted to leave the EU. Given the ongoing chaos, how do people in Brexit-heartland feel now? Sarah Bradbury reports. (23.12.2018)

Over 20 major figures from German politics, sports, business and entertainment have written a passionate appeal to the UK. Britons would "always have friends in Germany and Europe," they wrote. (18.01.2019)