In a speech in London, former British Prime Minister Tony Blair has called for a new Brexit referendum. He has has urged both the EU and the UK to amend their positions so that everyone would be satisfied. 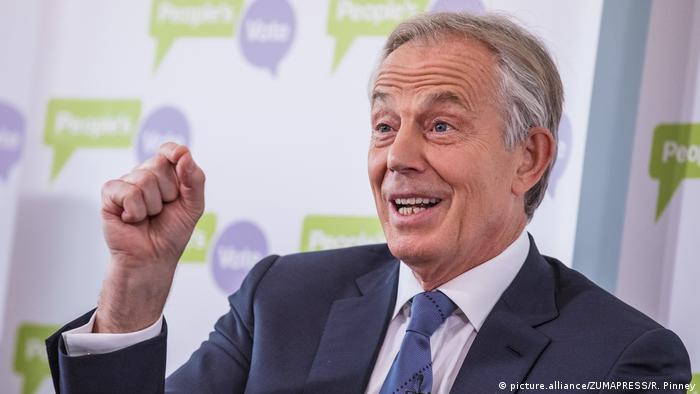 Former British Prime Minister Tony Blair said on Friday that the UK and the European Union should prepare for a second Brexit referendum because Parliament will likely fail to agree on a divorce deal and the public will need to break the deadlock.

Less than four months before Britain is due to leave the EU, current Prime Minister Theresa May called off a parliamentary vote on her deal with Brussels this week after she admitted that it would be soundly defeated.

In remarks aimed at EU leaders meeting in Brussels, Blair said they should offer to reform the bloc to make it more attractive for Britain to remain and be prepared "if Britain is ready to think again."

Blair, who was Labour prime minister from 1997 to 2007, also said an offer by the EU to reform would show "that the political leadership of Europe and Britain had listened to the underlying concerns of those who voted [for] Brexit, not disrespecting the concerns but meeting them in a way which is not damaging."

Blair has repeatedly called for reversing Brexit since the 2016 referendum and has echoed other critics, including French President Emmanuel Macron, who have suggested that Britain could still change its mind. 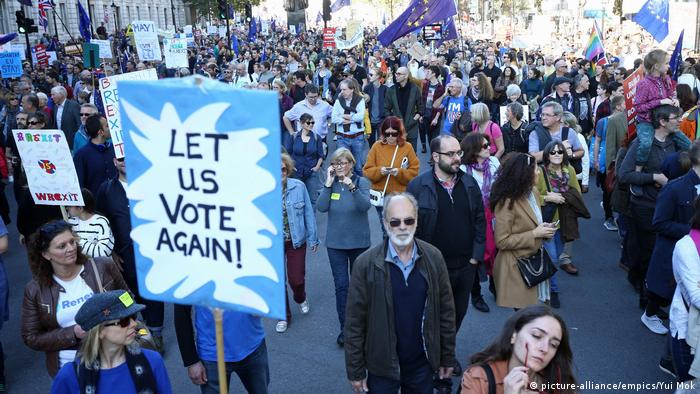 There is a lot of support for another vote

Blair has said it is perverse that Britain and the EU are preparing for a potentially economically damaging Brexit without any deal, but not another referendum.

"We know the options for Brexit. Parliament will have to decide on one of them. If Parliament can't then it should decide to go back to the people."

Blair also said it would not be "that hard" for May to say she has done the best she could in the negotiations but is unable to find a solution that pleases Parliament.

Embattled UK Prime Minister Theresa May is hoping to win concessions from the EU over the terms of Brexit. While EU politicians have suggested they want to help, they insist the current deal is not open to renegotiation. (13.12.2018)