The German chancellor says that her country continues to seek an "orderly" Brexit, but is preparing for harsher eventualities. The topic dominated Merkel's second-ever parliamentary Q&A session. 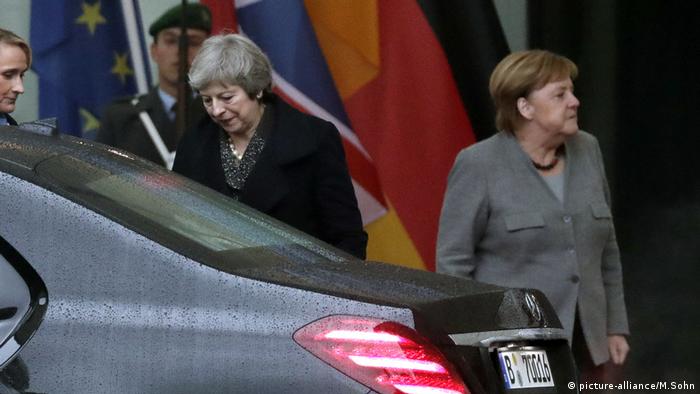 One day after Theresa May's visit to Berlin and Brussels, as the British prime minister was facing a no-confidence vote within her own party, Angela Merkel submitted to a session of parliamentary questioning modelled on that in the House of Commons. Not surprisingly, topic number one was Brexit. And equally unsurprisingly the chancellor reiterated a familiar position.

"We have no intention of changing the Brexit deal," Merkel said. "That's the common position of the 27 member states. So there's no reason to expect any changes to come from the discussions."

Merkel rejected the accusation from the anti-EU far-right populist Alternative for Germany (AfD) party that the Brexit deal finalized in November "punished" Britain for leaving the EU. She said that the coming years would be used as a transitional period for working out outstanding issues such as the "difficult constellation" of Northern Ireland.

In response to queries from the center-right Free Democratic Party (FDP), Merkel gave a bit of insight into the topics she discussed with May. She said that she had not raised the fates of EU and German citizens residing in Britain, or German companies doing business there, because she had wanted to focus on more positive scenarios.

"I continue to hope that there will be an orderly exit of Britain from the EU," Merkel told parliamentarians. "I can only tell the citizens of Germany that we're working hard for an orderly Brexit and at the same time we're preparing for the eventuality that things aren't orderly."

Hakverdi: Brexit will not be a win-win situation

Various EU leaders have closed the door on revisions to the current Brexit. The bloc's position is that while a negotiated British departure is preferable, the EU will let the UK crash out on March 29, 2019 rather reopen the agreement.

Jibes at the far right and left

Both questions and answers in the rapid-fire session were restricted to one minute in length, meaning that the chancellor and her interrogators were able to cover a lot of ground.

Some of the exchanges focused on migration, with the AfD accusing Merkel of having divided Europe by accepting the UN migration pact. Merkel shot back that the majority of EU states accepted the compact and that cooperation on deportations with countries of origin, particularly the Maghreb states, had improved "rapidly" in the past two years.

Merkel also answered charges from the FDP and the left-leaning Greens that Germany wasn't being proactive enough in reforming and promoting the EU and international trade in the face of nationalism and protectionism respectively.

To the AfD charge that Europeans were running away from the "Merkel-Macron dystopia," Merkel drily responded, "We'll continue to have to fight for our prosperity, but such polemics don't help."

She also took the Left Party to task for its support for the yellow vest movement in France against French President Emmanuel Macron, calling it "scandalous." 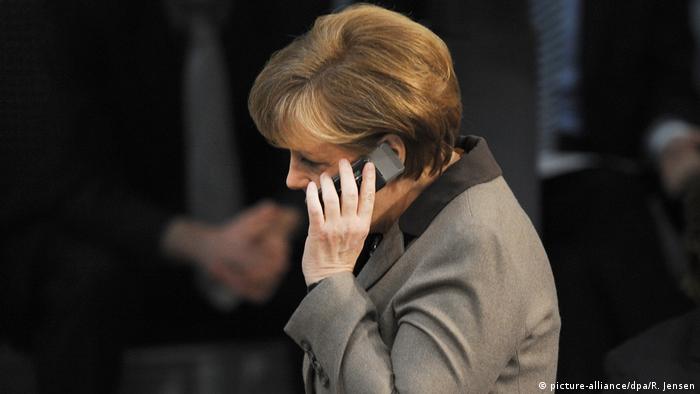 The Q&A was a chance for Merkel to show that, while politically wounded, she's not dead yet

This was Merkel's first major appearance since stepping down as leader of her conservative Christian Democratic Union.

But Merkel showed no signs of fatigue in the Bundestag. Indeed, the format of the parliamentary Q&A seems to play to the strengths the chancellor, who comes from a science background and who is known for her command of details on a wide range of issues.

She was particularly eager to aim barbs at the AfD, which, she implied, knowingly distorts empiric reality for political ends.

"As a physicist, I place a lot of importance on accurate figures," she told one AfD questioner while dismissing another by saying, "I don't share your mixture of value judgements and facts."

Merkel may be entering the beginning-of-the-end phase of her political career. But her performance in the Bundestag on Wednesday showed that she is still a force that shouldn't be underestimated on either the domestic German or the European stage.