UK: Emotions run high as Brexit closes in | Europe| News and current affairs from around the continent | DW | 15.01.2019

When Britain voted to leave the EU in June 2016, it laid bare the extent of political polarization in the UK. If anything, those divisions have only become more entrenched. Samira Shackle reports from London.

Brexit vote: Emotions high on the streets of London

Ahead of Tuesday's parliamentary vote on Prime Minister Theresa May's deal, Westminster faces political deadlock, with no clear majority for any outcome. According to the most recent opinion polling, the same is true of ordinary voters. While the latest numbers on whether or not Britons would opt to leave the EU show a slight swing towards remaining, polls also show an almost equal split between voters who want a second referendum and those who would prefer Britain to crash out with no deal.

In addition to the enormous political and economic consequences of exiting the EU, the Brexit referendum and surrounding debate has emotional resonance as it has tapped into deep questions about what sort of country Britain should be.

"I've never been comfortable with regulations for Britain being set by an un-elected body that doesn't seem to be answerable to anyone," says Andrew Harris, a Leave voter based in Brecon, Wales. "I like the fact that we are geographically a small nation who have always been independent. The fact that we haven't got anywhere during the negotiations has only served to validate the idea in the media that Britain is bullied by the EU who only want us for our money." 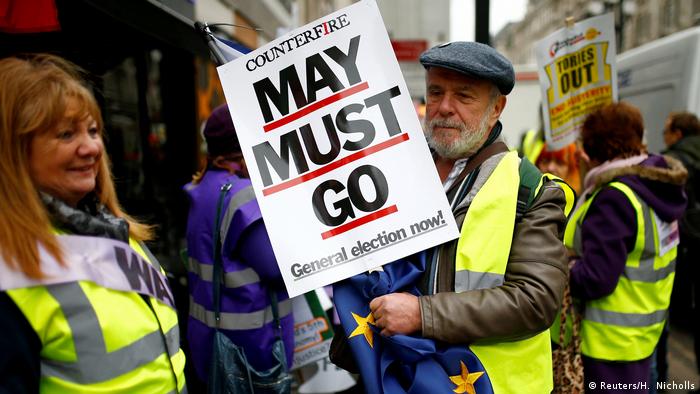 Tim Ashton is a farmer based in Shropshire, in the West Midlands, a constituency that voted to leave. Having attended Oxford University, he also has friends based in urban centers such as London that were heavily remain supporting. "I straddle two different constituencies," he told DW. "I found it painful for a long time. Cognitive dissonance is the thing where you have two irreconcilable ideas in your head, and know they're irreconcilable. I haven't found it very pleasant to go through."

Ashton voted to remain in the EU. "I'm not particularly tribal about it, but I could never anticipate this absolute mess," he said. "I could live in a world where we left the EU. That wouldn't be that upsetting, but on the way, I'd like the British constitution to be safe, for politicians to be honest, and for there to be some sort of mandate for what ends up happening. Whatever happens now, no one can claim it's legitimate from a point of view of democratic mandate."

Across the divide, voters agree that there have been serious missteps in the government's handling of the negotiations. In an apparent attempt to reassure Brexit hardliners in her own party, May triggered Article 50 before the UK had a clear negotiating position, setting a deadline and giving the EU an in-built advantage. She then called a disastrous general election in 2017 in which she lost her majority, which has contributed to the current parliamentary deadlock.

"It's been an utter shambles really," says Harris. "All the major parties in Britain have used Brexit as a political football. There has been no collaboration between any of the parties to work out the best deal for all, and as a result we are now looking at the potential of no deal which doesn't benefit anyone ... All of the political parties have let themselves down throughout."

John Bird, a retired lecturer based in London who voted to remain, agrees. "Progress has been amazingly bad. If I was a Brexiteer, I wouldn't have wanted May to declare in advance about when she wanted to leave. It's like giving a date for a building project to be finished before doing a survey to see how much material you're going to need. It shows a complete frivolity." 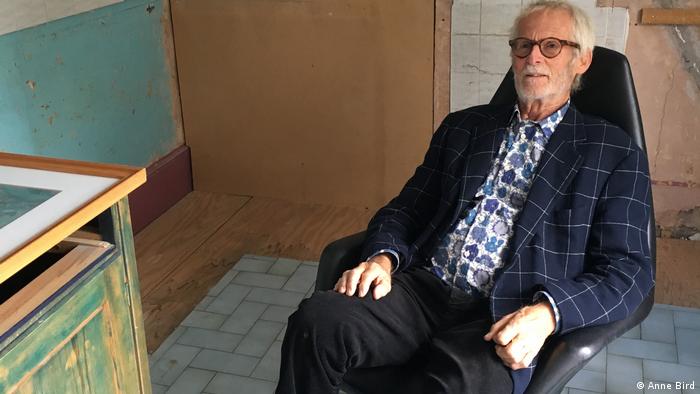 Revelations about significant overspending and data breaches by the Leave campaign have also prompted anger. "We know the constitution hasn't been followed and the referendum was corrupt," says Ashton. "If you allow people to stop following the constitution and you allow people to cheat in votes, essentially you're saying: 'it's only a little bit of corruption, a little bit of cheating.' Then you incentivize it and we'll get more of it."

Earlier this month, far-right protesters verbally abused pro-Remain Conservative MP Anna Soubry, calling her a "fascist" and a "liar." This follows rising concerns about the increasingly aggressive tone of public discourse. Last year, a Conservative backbencher, speaking to the Sunday Times about Theresa May's leadership, said: "The moment is coming when the knife gets heated, stuck in her front and twisted. She'll be dead soon." Another quoted in the same article said she should "bring her noose" to a meeting of MPs.

"The Jo Cox murder [British MP who was murdered a week before the 2016 Brexit vote by a man obsessed with Nazis and extreme right-wing ideology — the ed], the incident with Anna Soubry — it's all legitimating violence as a form of patriotism," says Bird. "I alternate between a cautious optimism, and being really rather scared to see how very nasty things might get in this country for a while. If they do get very nasty, of course people will blame the foreigners and the people who aren't 'patriotic.' No doubt the irresponsible people who kicked this thing off will wriggle out of it."

Brexit vote: Emotions high on the streets of London