Brexit to cost billions in income losses across Europe | Business | Economy and finance news from a German perspective | DW | 21.03.2019

A new study shows that the British and the Germans would be the worst hit with total annual losses of up to €67 billion. People in the US and China could actually see a rise in incomes after Britain's exit from the EU. 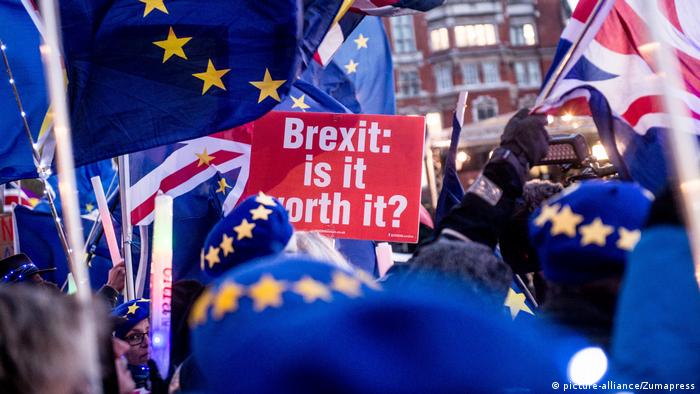 Brexit — soft or hard — is expected to cost Europeans billions of euros every year in the form of reduced incomes, a new study by Germany's Bertelsmann Foundation shows.

The impact would be particularly huge if Britain were to leave the European Union without a deal.

The losses are expected to be mainly driven by higher prices of goods and services as a result of tariffs that would kick in after Brexit. Currently, there are no tariffs in the EU single market.

"Also, the British exiting means less competition for goods and services — this also leads to increasing prices and also lower wage growth," Dominic Ponattu, one of the two authors of the study, told DW.

With just some days left before the March 29 Brexit deadline, there is still no clarity on whether Britain will leave the 28-nation bloc with or without a deal. British Prime Minister Theresa May has struggled to convince lawmakers to back an exit deal reached between her government and the EU. May has sought an extension of the Brexit deadline.

Citizens in the European Union, excluding the UK, would have to endure income losses of around €40 billion ($45 billion) every year in the event of a hard Brexit, the study showed.

People in Britain stand to suffer €57 billion (48 billion pounds), or €873 per capita, in annual income losses following a "no-deal" Brexit.

"Brexit could seriously damage the foundations of the world's largest economic area. Brussels and London must do everything they can to achieve an agreement," Aart de Geus, the chairman of the Bertelsmann Stiftung, said. 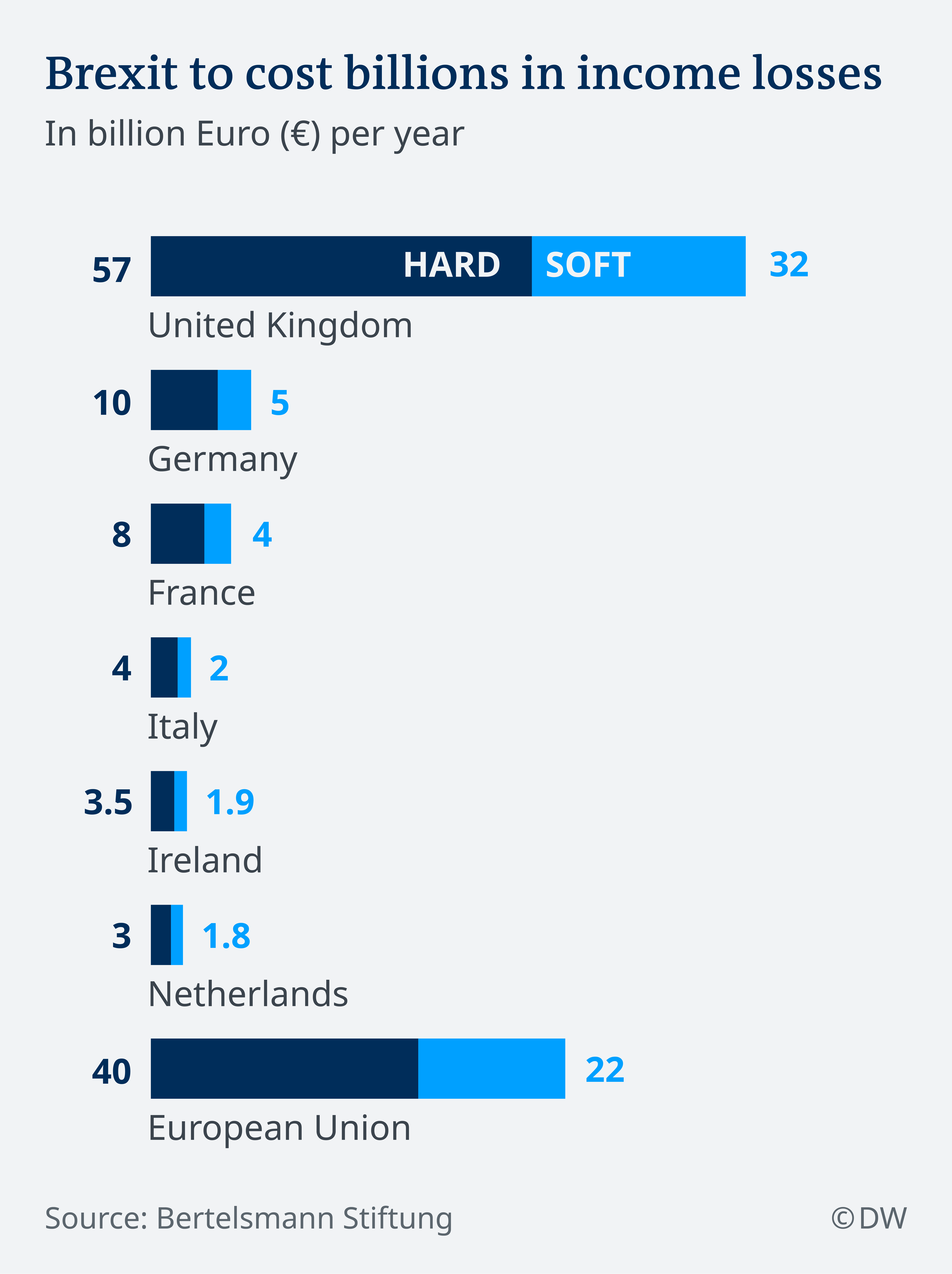 Export-oriented countries such as Germany and France are expected to suffer the most from a hard Brexit.

The study pegs income losses for people in Germany at around €10 billion per year.

Germany's industrial and export hubs in the southern states of Bavaria and Baden Württemberg and the western state of North Rhine- Westphalia are expected to be severely affected.

The United Kingdom was among the top five export destinations for German companies in 2017 and saw over €85 billion worth of goods shipped from Germany, Europe's largest economy and exporter.

If Britain were to leave the EU with a deal, then the impacts are likely to be far less severe, the study showed.

The losses in the European Union, excluding the UK, could nearly halve in the event of a "soft" Brexit.

An orderly Brexit would lead to income losses of €5 billion in Germany and of around €32 billion in the UK.

US, China to benefit

Some countries outside of the European Union stand to benefit from Brexit, especially a disorderly one.

Incomes in the United States could rise by around €13 billion annually following a hard Brexit.

"European value chains are negatively affected by Brexit," Ponattu said. "This would make trade within Europe more expensive and trade with the rest of the world could become more attractive."

Listening to EU media and politicians, one might think that the British will be washed into the Atlantic in a biblical flood once they leave the bloc. But, DW's Nemanja Rujevic wonders, why all the panic over Brexit? (22.02.2019)