French port of Dieppe living in fear of Brexit | Europe | News and current affairs from around the continent | DW | 12.03.2019

The impact of the UK's departure from the EU will be felt far beyond British borders. Across the Channel, locals in the French port of Dieppe fear Brexit will cause serious logistical headaches for their community. 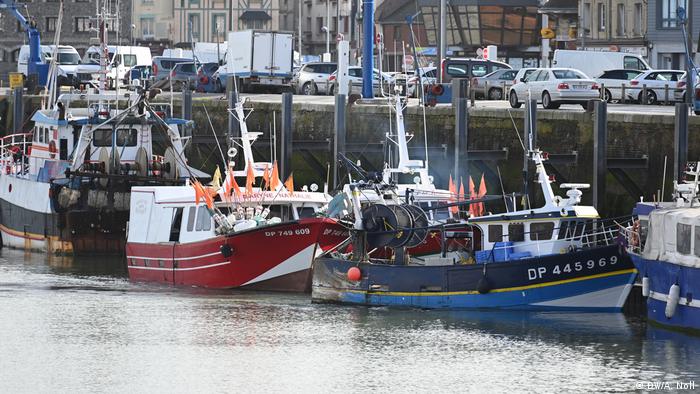 The Seven Sisters reached the border right on time. At 3 p.m., like on almost every other day, the British ferry glided the remaining few meters into the slip on the Dieppe quay, despite the severe storm swelling in the English Channel.

While trucks rumbled from the depths of the enormous vessel's belly, Jean-Luc watched the movement of goods and people from the opposite side of the port, as he does almost every day. "Should there be a hard Brexit, we will see total chaos on the streets here," the 66-year-old told DW. For example, the trucks that leave the port without delay today would likely have to undergo extensive inspection, he says.

There is currently no space to hold and inspect vehicles here, and the road that runs from the jetty beyond the Normandy community is narrow. Jean-Luc is convinced Brexit will cause major problems in Dieppe, which he finds particularly frustrating, even if he has a great deal of sympathy for British peculiarities — after all, he says, he worked in the UK for years and is still in touch with many friends there. 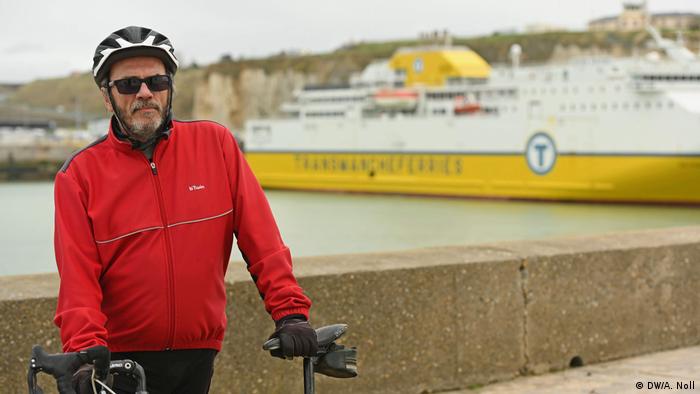 Jean-Luc believes Brexit will cause major problems for Dieppe

Dieppe has closer ties to the United Kingdom than other towns in Normandy. The ferry between Dieppe and Newhaven is the oldest connection between England and France, and it was a lifeline between Paris and London long before the railway tunnel under the Channel connected the two capitals directly via train for the first time in 1994.

Some observers say Brexit might boost business in Dieppe — if the major hubs of Calais and Dunkirk are overburdened by border controls, alternative ports may become more attractive. The Department of Seine-Maritime that operates the Newhaven-Dieppe route is already discussing more frequent ferry service.

Dieppe port authorities and senior municipal officials say the town of roughly 35,000 inhabitants will be able to control the effects of Brexit, and stress they are prepared for all eventualities. In practice, however, the plans exist primarily in people's minds. Traffic is bound to back up, and inspecting goods, including animals, could turn into a real problem. About 600 horses are shipped from the UK to Dieppe every year, and for the time being the city plans to check them and stable them on the grounds of a horse track outside downtown. Produce from the UK, on the other hand, will likely sit in fruit and vegetable warehouses at the port waiting for inspection.

With a March 29 deadline for Brexit looming, neither of the countries' ports on the Channel appear to be ready for the onslaught. 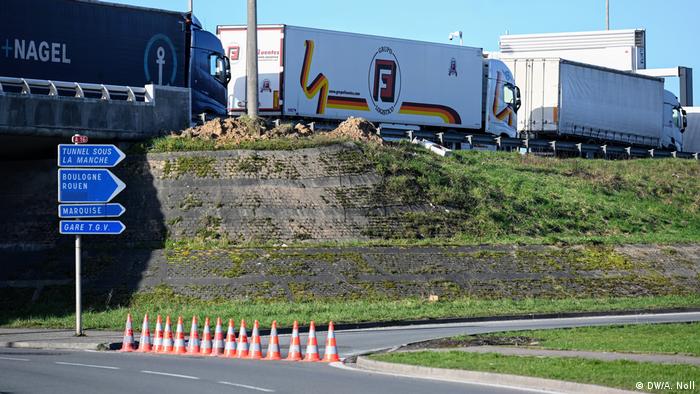 Calais was the site of a recent protest by customs officers, giving locals a taste of what Brexit may bring

Some 200 kilometers (120 miles) to the north in Calais, a major traffic junction, customs officers made headlines by deliberately introducing "stricter controls" that led to major traffic snarls — a taste of what Brexit will likely bring. The police were forced to block several highway exits during the customs officers' protest, which was aimed at drawing attention to their working conditions.

While the customs officers are fighting for higher wages and better working conditions, the fishermen in Dieppe fear unemployment. "In case of a hard Brexit, the UK could close off its waters," says Pascal Coquet, a former fisherman who now represents the French scallop industry. The French government has promised to provide temporary financial support in such a scenario, but the fishermen don't want to be paid to sit around in port. They want to work.

It won't take long for French waters to become crowded in the case of a hard Brexit, warns Coquet: "If the other EU states had to withdraw their ships from British waters, there would be twice as many boats for half as many fish." 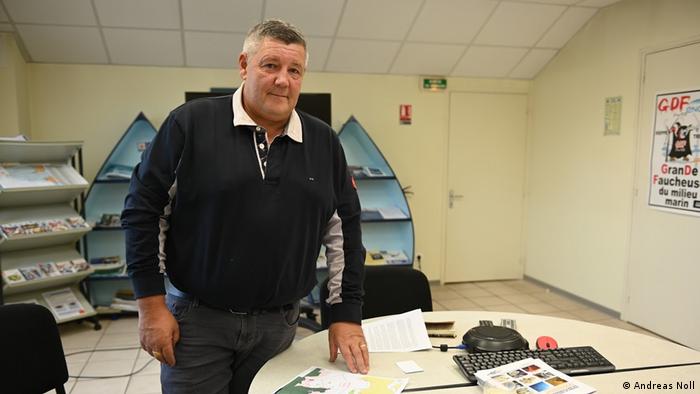 To make matters worse, the authorities have approved three wind farms off the French coast, in the middle of rich fishing grounds, says Coquet: "Even the investors say that during the months of construction work, the fish will give the area a wide berth of 25 nautical miles."

Loic Marguerie, a young fisherman who bought Coquet's boat when he ended his career, is worried about the future. "If we can no longer fish off the British coast, 80 percent of the catch will break away," the 30-year-old says. He and a crew of four catch most of their fish in British waters.

It's no wonder that British fishermen in particular can't wait for Brexit. "It's perhaps the only industry over there that is really happy about Brexit," argues Marguerie. "The harder the Brexit, the better — they would like to divide the English Channel and close their half to foreign boats."

But his family, including his parents and grandparents, has long fished British waters, explains Marguerie: "You can't take that away from us from one day to the next, can you?" 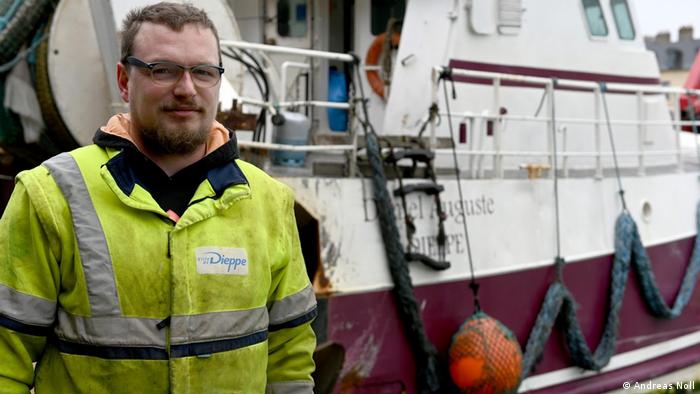 Marguerie: 'If we can no longer fish off the British coast, 80 percent of the catch will break away'

That time has not yet come, but the fishermen of Dieppe are worried.

For the time being, Marguerie can still bank on the scallop. Fortunately for him, the best fishing grounds for the popular mollusks are in French waters that will still be accessible even in the event of a hard Brexit.

Marguerie is not in touch with any British fishermen. They see each other in the Channel, but barely speak, he says.

Coquet, meanwhile, is confident that France will face turbulent times in the future. Depending on how Brexit unfolds, he says, "people will really vent their anger and the French fishermen will know how to prevent British catches from crossing the border."