A study has shown that Germany stands to lose the greatest number of jobs if Britain exits the EU without a deal. Some of the country's well-known auto and tech hubs are likely to be the worst hit. 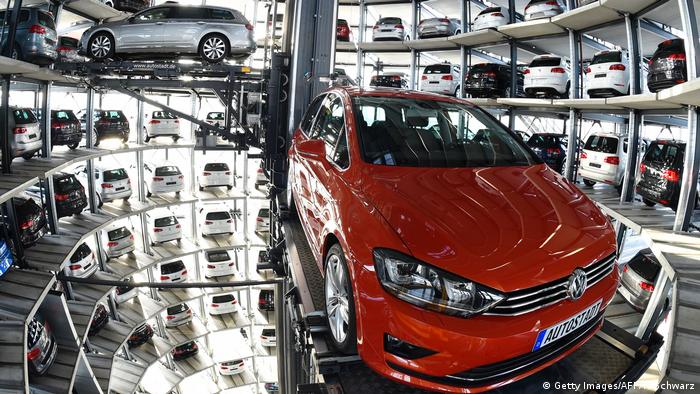 A hard Brexit could affect more than 100,000 jobs in Germany, the Welt am Sonntag newspaper reported on Sunday, citing a study by the Leibniz Institute for Economic Research Halle (IWH) and the Martin Luther University Halle-Wittenberg.

The study, which looks at the effect of a hard Brexit down to individual districts and cities, showed that some of Germany's well-known auto and technology hubs could face the maximum brunt.

"In no other country is the effect on total employment as great as in Germany," Oliver Holtemöller, one of the authors of the study, told the newspaper.

Fears of Britain leaving the European Union without a deal have risen after the British Parliament rejected an exit deal reached between Prime Theresa May's government and the European Union. Britain is slated to leave the 28-nation bloc on March 29.

Read more: Brexit: UK Parliament sends Theresa May back to Brussels — how it happened

Brits in Hamburg get nervous

The study showed that Wolfsburg, home to Volkswagen, and Dingolfing, BMW's largest vehicle production site in Europe, could be severely hit.

The technology hub of Böblingen in the southwestern state of Baden-Württemberg, where tech giants such as IBM and Siemens are based, and Märkischer Kreis in North Rhine-Westphalia are other districts likely to be hurt. Märkischer Kreis is home to many of Germany's "hidden champions" — medium-sized companies that are global market leaders in the products they manufacture.

"The employment effects of a hard exit would be felt above all at the automotive locations," Holtemöller said.

The United Kingdom was among the top five export destinations for German companies in 2017 and saw over €85 billion ($96 billion) worth of goods shipped from Germany, Europe's largest economy and exporter.

The study only captures the jobs that would be affected because of a slump in exports resulting from, among other things, customs duties that would be levied by Britain on German exports in the event of a no-deal Brexit. Job losses resulting from other factors such as a fall in British investments in Germany are not reflected in the figures.

The Dutch government said on Saturday it had attracted millions of euros in Brexit-related investments last year. Some 42 companies or branch offices moved to the Netherlands in 2018 as a result of Brexit, accounting for 1,923 jobs and some €291 million ($330 million) in investments. It is wooing another 250 companies working out of Britain to move operations to the Netherlands.

As Britain braces for a rocky exit from the European Union, some people are filling up their cupboards to be prepared for the worst case scenarios: food and medicine shortages. (03.02.2019)