The draft Brexit deal — what you need to know

The EU and UK drafted a Brexit deal that includes a financial settlement and a customs union backstop to prevent a hard border between Ireland and Northern Ireland. DW breaks down the agreement. 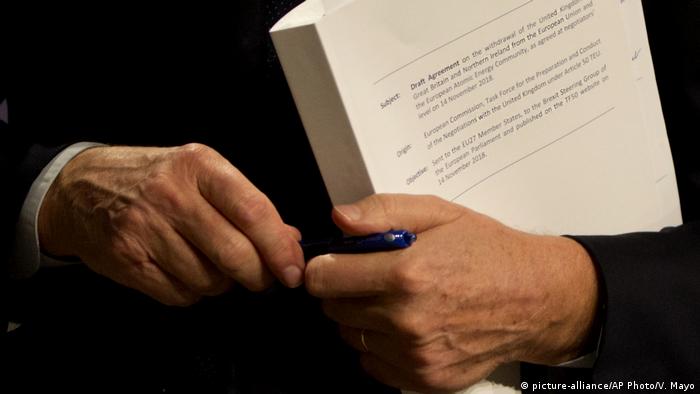 After 18 months of negotiations, the United Kingdom and the European Union published their 585-page draft withdrawal agreement in mid-November 2018.

Here is an overview of the key takeaways from the drafted deal:

Read more: The Irish border  — what you need to know