Car production has fallen to its lowest levels since the 2008 financial crisis, according to a new report. Industry leaders say the damage is "enormous," but nothing like the "devastation" a no-deal Brexit would have. 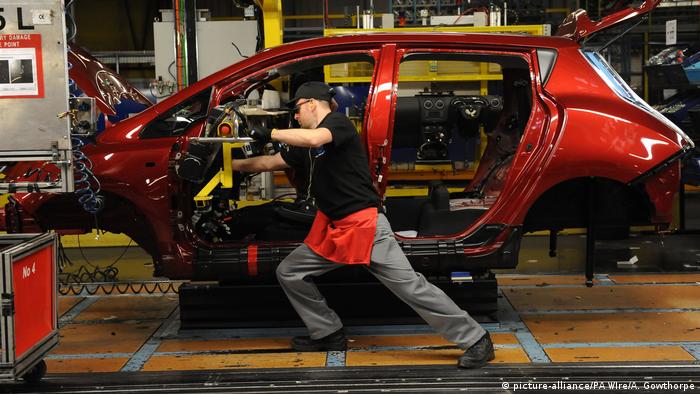 Since the Brexit referendum in 2016, business groups have pressured the government to soften the economic impact of departing the European Union, citing a major downturn in investment. Thursday's figures are the lowest ever since SMMT began compiling the data.

How important is the sector? The British automobile industry employs more than 850,000 people in the UK. It accounts for 12 percent of the total UK export of goods, according to SMMT. As such, it is considered "a vital part of the UK economy."

Crash out: Businesses have grown increasingly anxious over the prospect of the UK crashing out of the EU, especially after Brussels rejected the British government's attempts to reopen negotiations on the withdrawal agreement. For British businesses, losing access to the EU single market is expected to have a significant impact on market reach and growth. A government report in November said a no-deal Brexit could shrink the economy by up to 9.3 percent.

The president of the European Commission said the United Kingdom had increased the risk of a no-deal Brexit. He dismissed any fresh talks over the controversial Irish backstop in the draft EU-UK Brexit deal. (30.01.2019)