With just 10 weeks left until the UK is scheduled to leave the EU, the prospect of a no-deal exit remains firmly on the table. That’s bad news for the UK car industry, which is already planning for the worst. 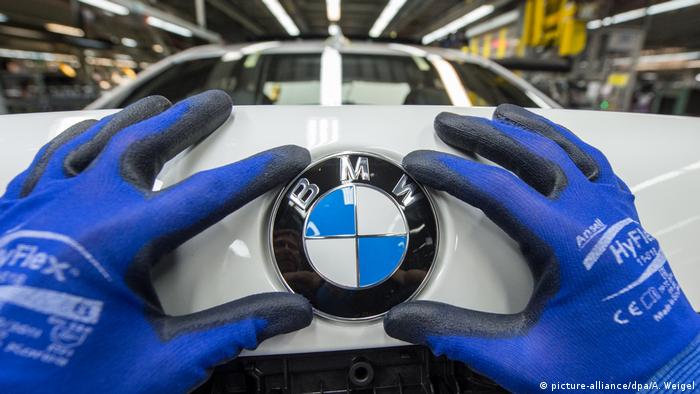 In the punch-drunk days that followed Britain's vote to leave the EU in June 2016, David Davis was the man Theresa May turned to in the fog. Tasked with leading the newly-created Department for Exiting the European Union, his views on how straightforward the Brexit process would be had long since been established.

"Within minutes of a vote for Brexit the CEOs of Mercedes, BMW, VW and Audi will be knocking down Chancellor Merkel's door demanding that there be no barriers to German access to the British market," he said in a speech he gave in London four months before the referendum.

"And while they are at it they will be demanding that those British companies that they own will have uninterrupted access to Europe," he added.

Davis appeared to genuinely believe that the powerful German car industry would be fighting for UK interests in the negotiations that lay ahead between the EU and the UK.

In the almost three years that have passed, Davis' views don't appear to have changed that much. Hours before the UK Withdrawal Bill was crushingly defeated in the UK parliament on Tuesday, he tweeted that "German industry is very afraid of a World Trade Organization exit" and appeared to identify the threat of a WTO exit as a trump card for the UK in negotiations, as opposed to the existential threat to the British economy that most economic analysis identifies it as.

Brexit is now mere weeks away, and if the calls from BMW and others ever arrived to bother Merkel, they have clearly not had the desired effect. The issue of German car exports, no more than that of any other specific industry, has not been allowed to divert the EU 27 from the united front they have shown in negotiations with the UK.

The idea that the future UK-EU trade relationship would be thrashed out over a bratwurst and beer in Berlin is consigned to history, much like Davis' career as the Brexit Secretary.

And therefore, the UK car industry — upon which more than 1 million jobs depend within the UK alone — has to grapple increasingly with the prospect of a no-deal Brexit, and all the drastic measures that would entail.

The BMW Group is one of several international carmakers for which the UK is a location of major significance. Aside from the fact that the UK market is the fourth largest for BMW, the German carmaker also has a major manufacturing presence throughout Britain, for example the Mini plants in Oxford and Swindon, the Rolls-Royce plant in Goodwood and the company's Hams Hall engine factory in the Midlands. 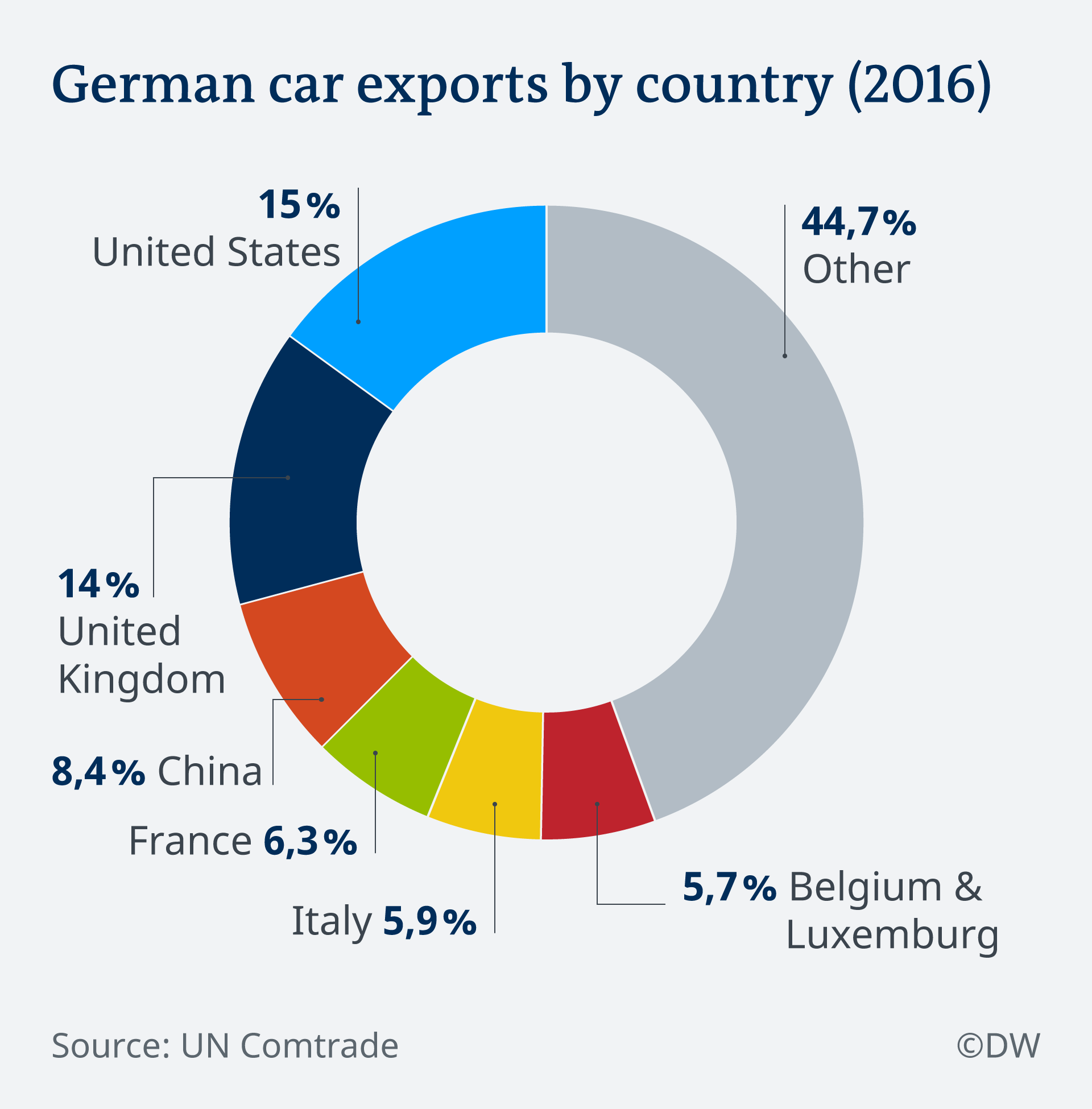 On April 1, the first working day after Britain is scheduled to leave the EU, the BMW Group will halt production at all of its UK manufacturing sites for most of the month, Graham Biggs, BMW UK's Communications Director, confirmed to DW.

The plants at Oxford and Swindon will cut off production until April 28, Rolls-Royce will cease operations for the first two weeks of April while the BMW engine facility at Hams Hall will be closed for most of the month.

"As a responsible business, we are looking at our options and taking steps to make sure we're prepared for a worst case scenario — a no-deal Brexit," he said.

"We have therefore scheduled next year's maintenance period to start at the point the UK exits the EU, to minimise the risk to our business of unintended production stoppages which could be caused by possible short-term disruption to cross-border movement of parts through the channel ports."

Biggs emphasized that there is nothing unusual about closing manufacturing sites for planned annual maintenance periods, but he said the timing had been changed in 2019 specifically with Brexit in mind.

A big deal in Japan as well

The BMW Group is just one of several large international carmakers with a major stake riding on the outcome of Brexit. Nissan and Toyota are major employers in the UK, but neither was willing to comment in detail to DW on their plans for a no-deal Brexit.

However, Toyota has already said it will close its Derbyshire plant for an unknown period of time if Britain leaves without a deal. "My view is that if Britain crashes out of the EU at the end of March we will see production stops in our factory," plant director Marvin Cooke told the BBC last year. 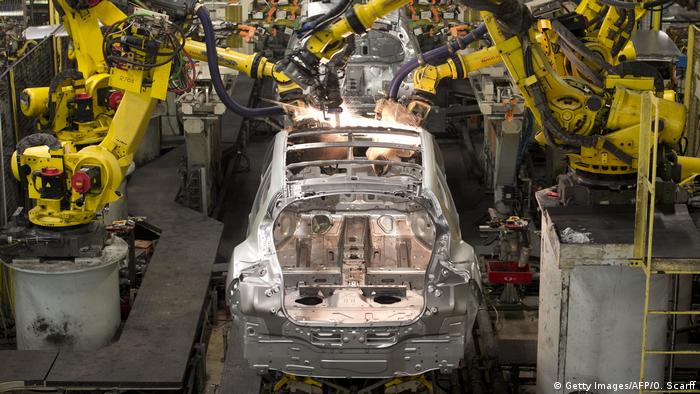 Last week. Honda UK announced that it would close its UK plant for six days after Brexit, "to best mitigate the risk of disruption to production operations at the Swindon factory."

While the carmakers have been somewhat coy on their longer-term plans in the event of a no-deal Brexit, the comments made by Japanese Prime Minister Shinzo Abe during a visit to London last week provided a less than subtle illustration of how dimly the Japanese view the prospect of the UK leaving the EU without a deal — a trade bloc which accounts for close to 15 percent of Japanese exports, with which it has just struck a major trade agreement.

"We truly hope that a no-deal Brexit will be avoided, and in fact that is the whole wish of the whole world," he said. "Japan is in total support of the draft withdrawal agreement worked out between the EU and Prime Minister May."

The absolution that may never come

Guessing at the final outcome of Brexit at this stage is pointless given the current political climate in London. Therefore, carmakers are unlikely to reveal much more than what they have already, at least until the picture becomes clearer.

However, there is still a belief within Brexiteer circles, such as that long espoused by David Davis, that the German car industry will ultimately push for concessions to be made to the UK, regardless of the consequences for other EU interests.

Just before the Withdrawal Deal vote in London on Tuesday night, Nigel Farage, arguably the most prominent Brexiteer of all, reaffirmed his belief that the German car industry will demand the EU give in to British demands, to help stave off a no-deal Brexit.

However, nothing in the statement from the VDA, the powerful German car lobby, reacting to last night's parliamentary vote indicated a change in its policy. Instead, it heaped the blame on London.

"With today's decision the majority of parliament has done its country a disservice," it said. "Now an uncontrolled Brexit is more likely. The consequences of a 'no deal' would be fatal."

While Brexit supporters continue to wait for absolutions that may never come, those in the car industry, such as Graham Biggs of BMW, are left to reckon with the growing possibility of a hard Brexit.

"A no-deal Brexit would be the worst-case outcome for business, as it would cause the greatest disruption to our globally networked manufacturing and sales operations," he said.

"What we have said all along is that we need a deal which delivers frictionless trade  this would clearly not be the case if it comes to a no-deal Brexit."