Contrary to claims by the UK's Brexit negotiator, two key industry leaders in Germany have said the priority is to protect the EU's single market. They played down any help in securing a good Brexit deal. 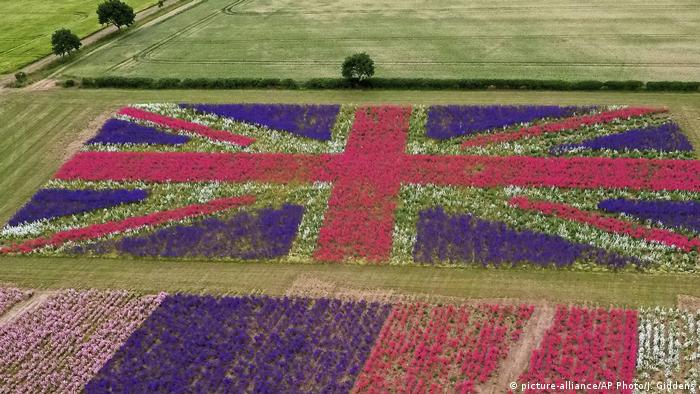 The comments from Dieter Kempf, president of the BDI federation of German industries, made the front page of Sunday's Observer newspaper when he said: "Defending the single market, a key European project, must be the priority for the European Union."

Kempf added that the EU must maintain the integrity of the single market and its four freedoms: goods, capital, services and labor. "It is the responsibility of the British government to limit the damage on both sides of the Channel. Over the coming months, it will be extraordinarily difficult to avert negative effects on British businesses in particular," he said.

Ingo Kramer, president of the BDA confederation of German employers' associations, reiterated that access to the single market "requires the acceptance of all four single market freedoms."

An important partner, but ...

"The UK will remain a very important partner for us, but we need a fair deal for both sides respecting this principle," Kramer told the Observer. "The cohesion of the remaining 27 EU member states has highest priority," adding that the single market was one of the major assets of the EU.

Their comments are contrary to claims from UK ministers that Germany's exporters would exert pressure for a deal which would give the UK substantial access to EU markets after Brexit.

Brexit Minister David Davis said last week that German businesses - especially carmakers - would pressure the German government to keep trade open with one of its key export markets. This is "where [the negotiations] will end up," he claimed.

UK politicians have been promoting the idea of a transition deal which would allow the UK to stay in the single market and customs union for the immediate future.

The effects of Brexit have taken some time to feed into the UK economy, but data released last week showed the country's trade deficit rising despite a weaker pound, while private consumption has weakened, as inflation drifts upwards. 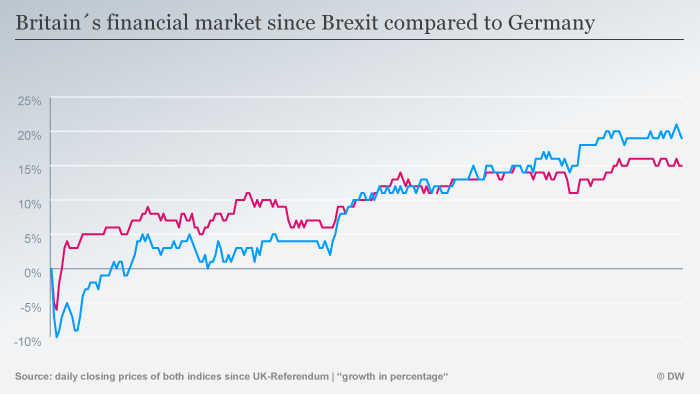 The FTSE100 and the DAX since June 2016, the Brexit referendum date

The City of London has also been voicing concerns that Brexit might damage its position as one of the leading financial centers in the world, while several diplomats last week questioned whether Brexit will go ahead at all.

At the G20, UK Prime Minister Theresa May met with President Donald Trump, who said the US would strike a "very powerful" trade deal with Britain "very quickly" after Brexit.

If money talks, what will it say?

John Longworth, a former director-general of the British Chambers of Commerce (BCC), questioned in the Observer article whether Germany could afford to lose such a big market.

"The European project is so important to the Germans politically and economically that the German political establishment are prepared to sacrifice even their own car industry for that outcome. That may not stand up to scrutiny when it begins to bite, however. We are their biggest export market. And many businesses in countries outside Germany won't share their view, either. There will be pressure on governments to compromise.”

Charles Grant, director of the Centre for European Reform think tank, told The Observer that there was little evidence Merkel would listen.

"Many of the key policy makers in Germany do not care what the business lobbies say,” he said. "They care about the principles. One of their principles is that the single market is indivisible. Another is that the British must be seen to pay a price for Brexit, doing less well outside the EU than in it.”

Britain's business leaders are to pressure the country's Brexit minister to secure a transitional agreement with the EU to avoid a so-called hard Brexit. They say a deal is vital to protect jobs and economic stability. (07.07.2017)

What Germans think about the Brexit negotiations

DW took to the streets of Berlin to find out what the mood is ahead of the start of the Brexit talks on Monday. Most say the the EU and Germany are in the better position. (18.06.2017)

A year after Brexit vote: do you regrexit?