Diplomats ponder whether UK may U-turn on Brexit

A British newspaper says EU diplomats are frustrated at a lack of clear vision over the UK Brexit plan. One envoy thinks a weakened leadership and the scale of what leaving the bloc entails could force a change of mind. 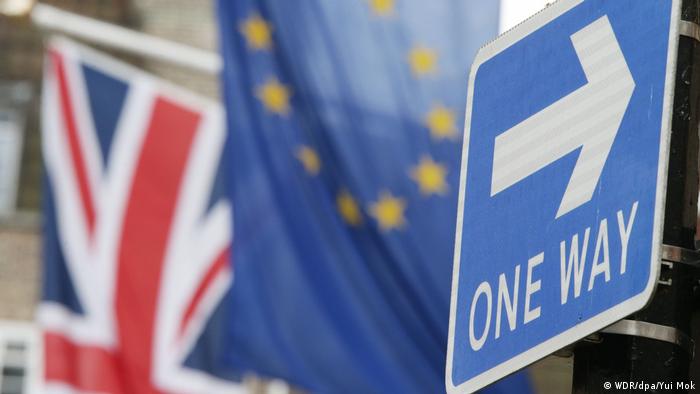 Despite British Prime Minister Theresa May's insistence that the UK will not seek to remain in the EU's single market or customs union once it leaves the European Union, several EU diplomats believe a softer Brexit option is likely to emerge now that negotiations have begun between UK and EU officials.

The Guardian newspaper on Saturday cited unnamed diplomats from larger EU states who said they have started to review whether the UK will reverse its Brexit decision altogether in light of last month's snap general election result.

On June 9, British Prime Minister Theresa May's ruling Conservatives lost a parliamentary majority in an election in which May had been slated to achieve a landslide win. Despite a deal with a small Northern Irish party to regain her majority, some pundits question whether May will survive as prime minister, or whether another early election may be held.

The British newspaper said the envoys think that May's failure to win a strong mandate has left Britain in a weaker negotiating position that could force a new approach, amid ongoing frustration across the bloc over a lack of a clear UK plan. 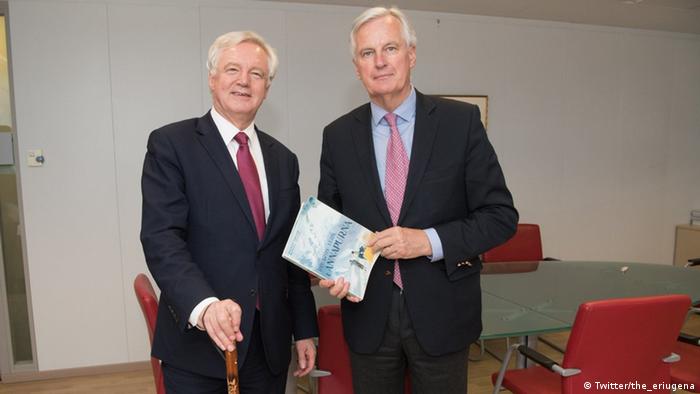 "It is very inconvenient in my job that I cannot tell my capital what kind of Brexit either of the main parties wishes to pursue," one ambassador told the paper, in reference to both the ruling Conservative and main opposition Labour parties still touting the prospects of a so-called hard Brexit.

"There is no clear information, just information on what politicians will not accept," the unnamed envoy added.

May in the way

The comments were published on the same day that Brexit Secretary David Davis' former chief of staff warned that the minister's negotiating hand with Brussels was being undermined by May's lack of "flexibility."

James Chapman, who stepped down last month, said the British prime minister had set several "red lines" for negotiations including her insistence the European Court of Justice (ECJ) have no jurisdiction over the UK following Brexit.

The EU has demanded the ECJ continues to uphold the rules of the single market - as Britain still wants strong trade links with Europe - and offers legal protection to EU citizens in the UK.

Chapman accused May in a BBC radio interview on Saturday of having an "absolutist" approach to negotiations, and posited that she would now struggle to get parliamentary support for a hard Brexit.

Migration less of an issue

Chapman also suggested that unlike May, several leading proponents of Brexit - including Davis and Foreign Secretary Boris Johnson - were "pretty liberal on issues like immigration."

In the lead-up to last year's referendum on EU membership, unrestricted immigration relating to the EU's freedom of movement rules was the hot button issue that is widely thought to have swayed voters who chose to "leave."

Among several issues to be negotiated by Britain and Brussels is a transitional arrangement that will ensure stability between the end of the formal negotiation process in Spring 2019 and the final EU divorce at some later date.

One EU ambassador told the Guardian newspaper it remained uncertain whether the EU would even allow a transitional period, which could lead to a so-called "cliff edge" scenario that could be damaging for the British economy as it leaves the bloc.

Another EU envoy was cited as saying that British ministerial departments were still coming to terms with the scale of the administrative hurdles they face, once the UK is outside the EU.

EU leaders and diplomats have previously stated that the British government remains unprepared for the full impact of Brexit, especially if the UK chooses to opt out of the single market and customs union.

But if the British government were to remain a member of both, it would struggle to achieve the political justification for leaving - its ability to control its own borders and to regain London's parliamentary sovereignty.

The diplomats are not the first to point to a softening British stance and even wishes for a reversal of Brexit. Last week, German Finance Minister Wolfgang Schäuble said he hoped Britons would realize they "made a mistake" over Brexit. Schäuble also said he hoped the EU would perform "so well" it would lead UK voters to change their mind.

And on Saturday, Italy's EU Minister Sandro Gozi told Britain's LBC radio that "Rome is not ruling out" a British U-turn. Gozi said the prospect was not for "a hard or soft Brexit" but "a weak Brexit," adding that Britain had been left in a dramatically weakened position by last year's referendum.

Scottish First Minister Nicola Sturgeon has said that the focus should be on protecting Scotland's interests in EU negotiations. She vowed to restart the independence vote after divorce talks are complete. (27.06.2017)