Brexit: What's the 'no deal' fallout for the UK and EU?

The UK's Prime Minister Theresa May has admitted that a "no deal" on Brexit would be better than a bad deal. Apart from being delusional, how damaging will it be for all concerned? 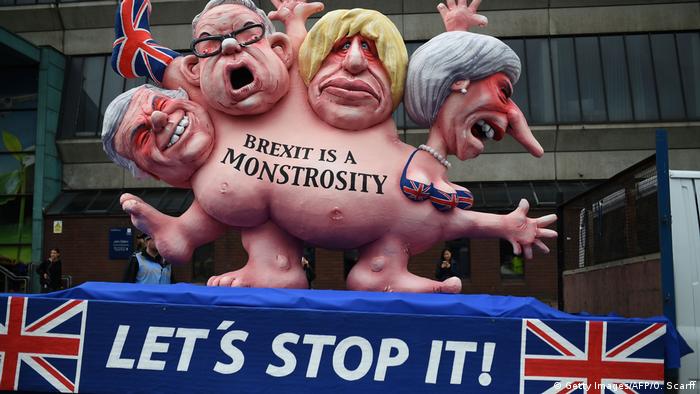 If you thought the scenario of the UK leaving the EU with all that entails was bad enough, think again: If there is no deal at the end of negotiations to formally finalize the UK's exit in March 2019, many observers believe the apocalypse could be upon us.

So what exactly would a "no deal" mean in practice?

Steve Bullock, who worked at the UK Representation to the EU from 2010-2014 where he negotiated several EU regulations for the UK in EU Council working groups, describes it thus: "People have made the analogy of buying a car, but not coming to an agreement. What Theresa May is about to do is drive a reliable, working car down to the car dealer, set fire to it right there, and then say to him 'You have to sell me a car, or else I'm walking home.'"

With no deal in place, trading would defer to World Trade Organization rules. Tariffs and customs checks would be slapped on UK exports to the EU and vice versa. And this is where the problems become meaty, if you'll excuse the pun. Tariffs on agricultural products such as lamb and beef could be as high as 50 percent — effectively putting supply industries out of business. On the upside UK consumers could feast upon cheap, unsaleable Welsh lamb for the foreseeable future.

And it's far from plain sailing for the fishing industry. On the surface (okay, no more puns) British fishermen could theoretically catch more fish because EU member states would lose their automatic right to fish in UK waters. But here's the downside: When it came to selling the fish, the fishermen would face tariffs on sales to their largest export market — yes, that would be the EU.

And it doesn't stop there. A no-deal scenario would be a major blow to the services industry, with businesses losing their passporting rights which currently allow them to sell their services across the EU without having to acquire licenses in each country.

And, says Bullock, the effects and losses "of a no deal in terms of GDP would be much higher on the UK than on EU27 states." 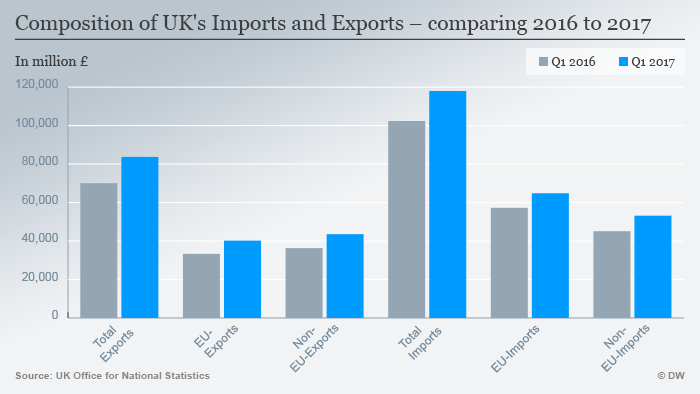 The other main bone of contention. With no agreement in place, there would be no legal obligation for the UK to shell out billions of pounds as part of a financial settlement. While that would make the UK treasury happy, it would tear a huge hole in the EU budget and pour more salt on the wound. And let's not kid ourselves: German and French taxpayers would be asked to plug the hole.

In terms of the financial burden on British households, Steve Bullock says the additional cost, especially on poorer households "is absolutely gigantic. Something in the range of 500 pounds (€560; $660) per year worse off. And there have already been increases in food prices."

In a nutshell, a lot of people will be sitting on packed suitcases. Without an agreement on residency, the rights of EU nationals to live in the UK or those of UK nationals to reside in the EU could, technically, disappear overnight. This would affect more than 3 million EU nationals in the UK and over 1 million UK citizens in the EU. To avoid this nightmare scenario, individual EU countries would probably try to strike deals with the UK to guarantee citizens' rights.

"I mean I am one of them. I'm self-employed, I run a recording studio. And my right to do that would just cease instantly. I would certainly temporarily have to close my business," says Bullock, who lives in Brussels.

Read more: 'Talk in the UK is misleading': ex-ECJ judge

Tariffs on many of the UK's exports would amount to around 2-3 percent, and as this is a two-way street, those tariffs would also apply to European goods entering the UK market. While that looks good on paper, those 2 or 3 percent would actually go towards financing a new customs operation and an armada of HM Revenue and Customs officers to ensure that trade continues to flow and to avoid congestion and long lorry queues at border ports such as Dover and Calais. 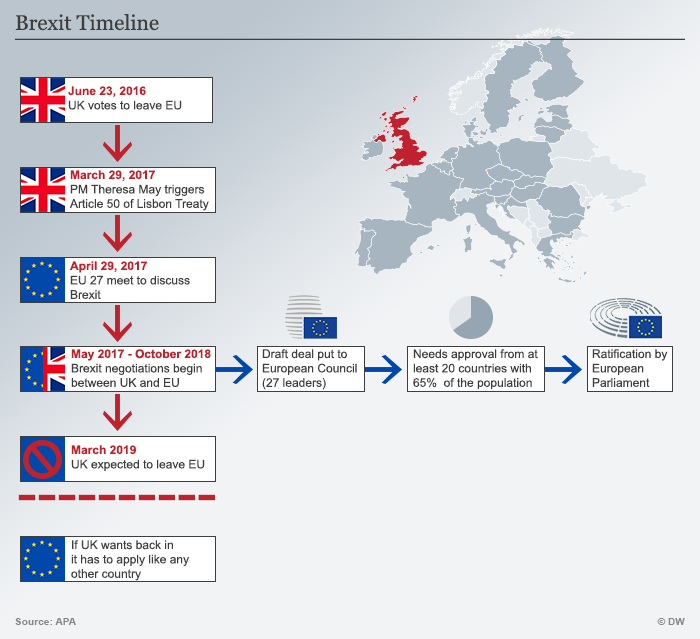 Not top of the "to-do-list" but important all the same. If the UK is no longer a member of Euratom, the body that oversees nuclear energy, it will lose access to crucial safety procedures and systems for operating power plants. Those plants would have to shut, and the UK would have to find alternative energy sources quickly.

The EU certainly has its faults, and its detractors are many. But at the moment any kind of deal seems better than the bleak alternative, which would be detrimental to businesses and consumers on both sides of the Channel. As Steve Bullock says the erosion of trust and the sentiment of "the good will burnt over this, not only in Europe, but the rest of the world" is almost as damaging as the actual impact of Brexit.