As Britain braces for a rocky exit from the European Union, some people are filling up their cupboards to be prepared for the worst case scenarios: food and medicine shortages. 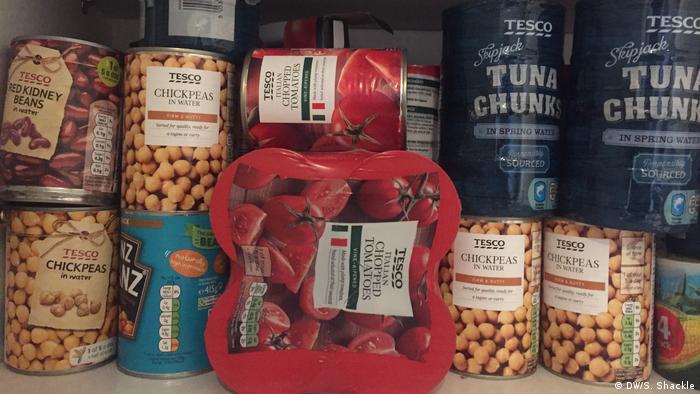 Nick Thomas, a 25-year-old hazardous waste operator from Cornwall, is insistent that Brexit will be fine. Probably. "If 'no deal' goes badly, there'll be rioting on the streets and looting, national uproar. If people can't eat, they'll rise up and fight. But I can't see it happening — that's a very worst case scenario," he said.

Thomas, who voted to leave the EU because of the adverse effects of the common fisheries policy on his local area, is not ruling out the possibility of things going awry. He has stocked up with a substantial amount of dried goods — rice and pasta, primarily — as well as tinned beans and vegetables. "The main thing is the food supply chain," he said. "A couple of friends of mine have done the same as me and bought some big bags of rice and pasta, some long-life tins of food. But we're all of the same opinion that there's nothing really to worry about."

He continued: "I'm obviously hoping it all goes well and we get some sort of deal, but if you fail to prepare, you prepare to fail. I have got my concerns. It would be wrong for anybody not to if we get no deal. I'd rather have [the food] and not need it than need it and not have it. It's there just as back up and if nothing happens, looks like it's rice and beans for the next three years."

He is not alone. A Facebook group, 48% Preppers, has almost 8,000 members, while other similar groups also have memberships in the thousands. As the withdrawal agreement flounders in the UK parliament, concerns about Britain leaving with no deal on March 29 are growing. A sudden disruption to long established customs agreements could mean gridlock at ports, lorries stuck on highways or ferries with goods spoiling, and shortages of food and medicines in Britain's supermarkets and pharmacies. 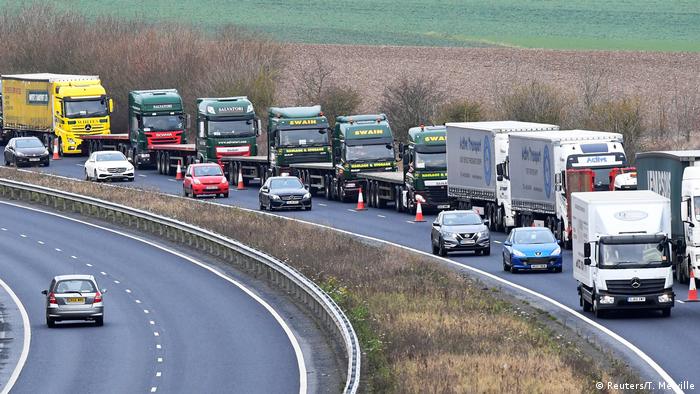 The Department of Health has signed two contracts for warehouse space to store drugs in case of a no-deal Brexit, and are seeking another warehouse for storage. Supermarkets — including Tesco and Marks and Spencer — are stockpiling tinned food, and the government has warned that fresh food could be in short supply.

Long before the Brexit vote, Thomas had an interest in survivalism, a subject he has read widely about. "I'm more into doomsday prepping," he said. "Brexit is just the start."

But others, who would never have identified themselves as preppers or survivalists, are also seeking to prepare.

Elizabeth, a London-based PR consultant who asked to be identified by her first name only, is filling her cupboards with nutritious dried food, such as lentils, rice and tinned tomatoes and tuna, and cooking ingredients like honey, mustard and spices.

"It's one of those things where you hear the word 'stockpiling' and it just sounds completely mad, but if you do any reading at all about our supply chains, how much we import, and how totally interlocked it all is with Europe, you can't help but worry," she said. "It's not like I think we'll all be starving, but I can imagine a situation where you go into a supermarket and certain basics are not available or are much harder to get hold of, and I would like to be sure that my family and I don't have to be concerned about what we'll eat."

Stocking up on essentials

Elizabeth, who voted to remain in the EU, is also stocking up on supplies for her cat. "We got a kitten this year, and I don't want to be in situation where I don't have the right food to give her and cause her long-standing health problems," she said. The pet retailer Pets At Home has said it is considering spending £8 million (€9 million; $10 million) on stockpiling products, including food, in the event of no deal. 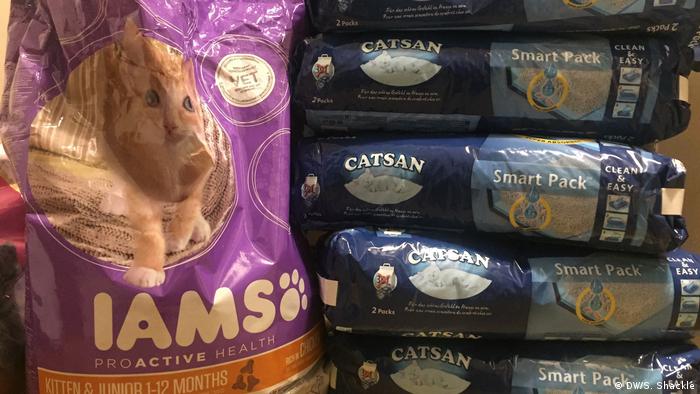 Elizabeth is trying to make sure her family, including their cat, have what they need if the supply chain breaks down

She is thinking about purchasing a supply of antihistamine tablets for her daughter, who suffers from severe hay fever. "The doctor says they can't give us extra prescriptions, so I might just get some over-the-counter stuff as a kind of back up."

As March 29 approaches, with little sign of a break in the continued deadlock in parliament, the idea of preparing for Brexit is gaining traction. A tongue-in-cheek website, BrexitPrepping.com, tells worried Brits what they should buy to prepare. It provides shopping lists according to how worried users say they are. A week's stockpile costs around £111, while a one-month list is £459.

In Cornwall, despite his stockpile of food, Thomas is tentatively hoping for the best. "There might be some retribution from the EU — making sure borders and customs arrangements are really tight because we've opted to leave. But I have a feeling there'll be a short delay, prices will go up a bit, and the whole thing will be over within a week."

Brexit is no longer the gripping political drama it once was. As the show limps to a finale, DW's Kate Ferguson argues it's the writers who are to blame. (01.02.2019)

To Brexit or not to Brexit that's still the question. While the ayes have it in Parliament, Boris battles on, and Brexit's oldest cheerleader finds himself right-flanked by his old party. (06.12.2018)

The Bundestag has ensured that Brits in Germany can still apply for citizenship even after Brexit. But opposition politicians warn that customs officials are not ready for the impending bureaucratic nightmare. (17.01.2019)

Once Britain decided to leave the EU, it seemed obvious that a renewed push for independence was in the cards. However, even though Scottish voters rejected Brexit, they aren't quite ready to cut ties to the UK. (04.12.2018)

Inflation is running at its highest levels ever among the 19 countries using the euro, according to numbers published by Eurostat. Energy prices, which went up almost 40% in July, have contributed to the record hike.