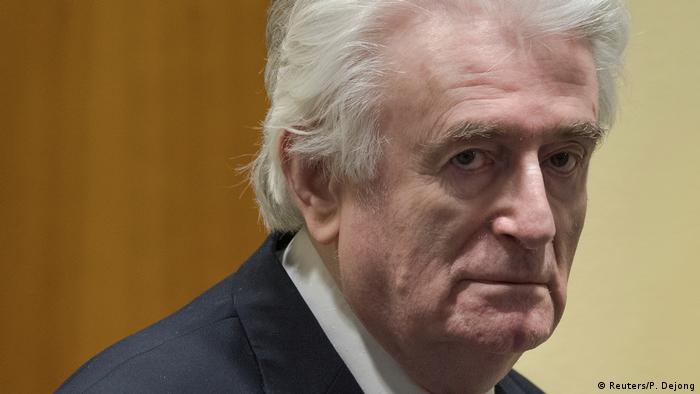 A United Nations court in The Hague on Wednesday dismissed an appeal by former Bosnian Serb political leader Radovan Karadzic against his convictions for crimes committed during the Bosnian war on Wednesday. The appeals chamber also increased his sentence from a 40-year prison term to life in prison.

Presiding judge Vagn Joensen said that the previous verdict was too light given the "sheer scale and systematic cruelty" of Karadzic's crimes.

Karadzic showed no reaction upon hearing the verdict. Survivors present in the courthouse were heard applauding the decision.

Both the prosecutors and Karadzic's defenders appealed the outcome of the first degree trial in 2016, when Karadzic was found guilty of committing genocide, crimes against humanity and war crimes during the 1992-95 conflict.

During the war, Karadzic served as president of the Bosnian Serb entity of Republika Srpska while its armed forces tried to cleanse Bosniak Muslims from Serb-controlled areas.

After the verdict, Karadzic's lawyer Peter Robinson said his client felt a "moral responsibility" for war crimes during the bloody conflict, but rejected "an individual criminal responsibility" imposed by the court. The lawyer said Karadzic remained determined to clear his name.

Talking to DW, Chief Prosecutor Serge Brammetz said he was "very satisfied" with the decision.

The life sentence was important to "many, many survivors and victims" who had waited for over a decade for the final verdict, he told DW Bosnian.

The ruling was also "important for history, because now it is formal that Karadzic is a war criminal" and "personally responsible for major atrocities," Brammetz added.

The prosecutor also said Karadzic was "not a hero of his people, their defender, but a war criminal who actually took advantage of his own people in order to follow his personal political goals."

The 73-year-old gained international notoriety for his involvement in the massacre of thousands of Bosniak men and boys in the town of Srebrenica in 1995. He also helped organize a nearly four-year siege of the Bosnian capital of Sarajevo that left more than 10,000 people dead.

After the war ended, he avoided capture for 11 years. He spent much of that time posing as an "alternative medicine specialist" Dragan Dabic in Belgrade, sporting a thick bushy beard, long hair and eyeglasses. He was arrested by the Serbian authorities in 2008 and subsequently delivered to the Hague. During his trial, he accused judges of conducting a "political" case against him. 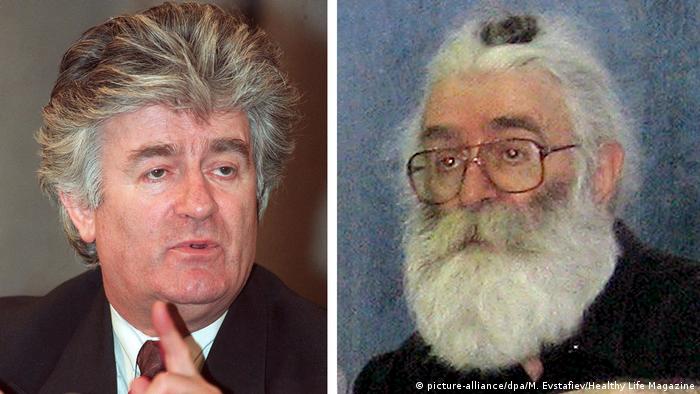 Supporters of Karadzic angered by verdict

The case has split opinion in Bosnia, where most Bosniaks denounce him for his crimes, while many Bosnian Serbs continue to support him. Ahead of the verdict, Republika Srpska's current Prime Minister Radovan Viskovic also said the tribunal was "a political court."

"To put it simply, this is politics, it is no longer about law," he said.

The speaker for the entity's parliament, Nedeljko Cubrilovic, said that the revised verdict confirmed that the court was "biased and selective, and created with the goal of declaring Serbs and their leaders the only ones responsible for the civil war in Bosnia and Herzegovina."

The Hague tribunal has "deepened the chasm between the people's in this region, by acting as protectors of one side (in the war) and freeing the perpetrators of documented crimes against Serb civilians," the lawmaker said.

The High Representative for Bosnia and Herzegovina, Austrian-born Valentin Incko, said it was time for the "country and its citizens to move forward." He also said that the verdict was made against one individual and did not imply collective guilt.

"There are no bad nations, just bad individuals," he said.

US Embassy in Sarajevo welcomed the verdict and urged "all parties" to work towards "continued reconciliation and peaceful coexistence."

"The ruling represents an important step toward holding to account those individuals responsible for the tremendous suffering of the people of Bosnia and Herzegovina, while providing some sense of justice and closure to victims and their families," they said.

Serb nationalists also still praise Ratko Mladic, the Bosnian Serb ex-general known as the "Butcher of Bosnia," as a national hero. The former military officer is still appealing a life sentence for his involvement in the atrocities. He has denounced the UN trial as "satanic." Some witnesses at the Karadzic trial claimed that Mladic repeatedly challenged Karadzic's authority as commander in chief during the war.

Ratko Mladic is removed from the courtroom

Karadzic's ally in Serbia during the war, former President Slobodan Milosevic, had been on trial until he died in his prison cell in 2006.

More than 100,000 people died and millions were left homeless during the Bosnian war, one of the bloodiest conflicts that accompanied Yugoslavia's disintegration in the early 1990s.

On Wednesday, groups of both Karadzic supporters and relatives of the victims gathered at the Hague for the verdict.

"It is time for him to pay for what he has done," said Munira Subasix of the Mothers of Srebrenica victims association.