The former Bosnian Serb leader Radovan Karadzic is guilty of genocide in the brutal Srebrenica massacre, a UN war crimes tribunal ruled. Karadzic is the highest-ranking official to be convicted of war crimes in Bosnia. 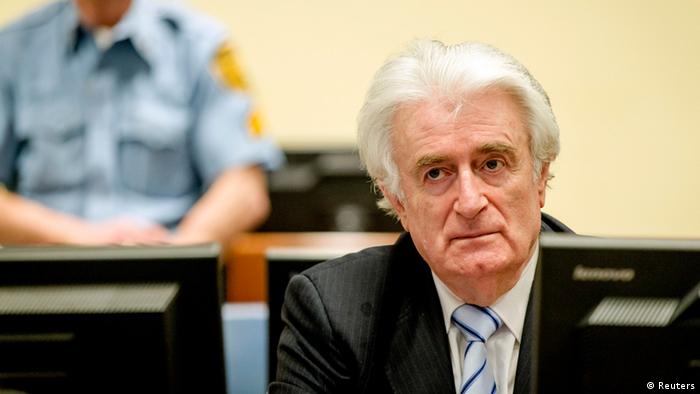 Karadzic ordered the takeover of Srebrenica and agreed to the killing of thousands of Bosniaks in 1995, presiding judge O-Gon Kwon said on Thursday.

The UN International Criminal Tribunal for the former Yugoslavia (ICTY) also convicted Karadzic on charges of crimes against humanity, including murder and persecution, as well as sniping and shelling during the three-year siege of Sarajevo.

The Hague judicial council sentenced the 70-year-old defendant to a prison term of 40 years. Karadzic intends to appeal the verdict, according to his lawyer.

Karadzic had worked as a psychiatrist and written poetry before rising to his position as political leader of the Serbian population in Bosnia and Herzegovina, at the outbreak of the ethnically fueled war in the 1990s.

The Bosnian war claimed over 100,000 lives between 1992 and 1995, with Croat, Serb and Bosniak forces trading accusations for numerous atrocities.

Most notably, Bosnian Serb forces executed over 8,000 Muslim Bosniak men and boys in Srebrenica, brushing aside Dutch UN peacekeepers from the town's "safe area" in 1995.

From president to spiritual healer

The conflict ended in 1995, with an internationally brokered peace accord which divided the former Yugoslavian state into two entities, Republika Srpska (RS) and a Muslim-Croat federation.

Karadzic went into hiding after the war. He spent 13 years avoiding capture before he was arrested in 2008 in Belgrade, where he lived under an assumed name as a "New Age" healer.

He has repeatedly claimed his innocence before the court and in the media, painting himself as a peacemaker. 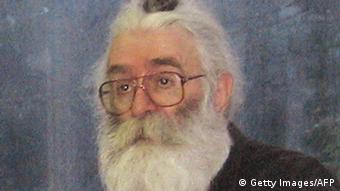 Ahead of the Thursday verdict, Serbian Prime Minister Aleksandar Vucic warned against using the court's decision "as an excuse for political or other attacks against the Republika Srpska," the Serbian entity in Bosnia and Herzegovina.

"We will stand with our people; we will protect the right to survive and exist in Republika Srpska," he added.

Karadzic is still considered a hero by many Serbian nationalists, especially those in Bosnia. Earlier this week, the entity's head Milorad Dodik accused the international community of trying to discredit Republika Srpska's leaders, and called the Karadzic trial "humiliating" for the state.

Karadzic's daughter, Sonja Jovicevic-Karadzic, lambasted the court's decision, saying that the "political justification for the verdict … contains all kinds of nonsense, which is an embarrassment for the council." 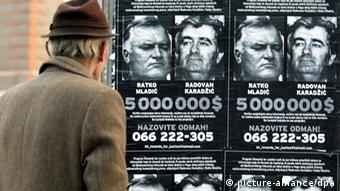 She added that justice could not yet put her blindfold back on after being "raped" during the Hague trial.

Also, Jovicevic-Karadzic said that the Hague verdict did not declare Republika Srpska to be a "product of genocide," referring to a term commonly used by other ethnicities in the region to denigrate the Serb republic.

"The first half is over, we've seen the outcome. [But] Republika Srpska is definitely not a product of genocide and that is the highest achievement of Radovan Karadzic's defense so far," she told Bosnian television channel BN.

Following the Hague verdict, Serbian President Tomislav Nikolic said that the court's decision "cannot and must not influence the fate of RS" echoing concerns that the move might increase international pressure to abolish the semi-autonomous entity.

The president also called on "all political representatives of the Serbian nation in Bosnia and Herzegovina, especially in RS, to jointly fight for their republic and their nation, whose fate might be in question after the verdict."

Nikolic added that Serbia would use its rights from the 1995 peace accord, especially in supporting and aiding the survival of Republika Srpska.

John Bolton, former National Security Advisor for Donald Trump, calls for the fall of the Iranian regime in DW interview 24m ago