A 2004 report describing how Serb forces killed thousands of Bosniaks in Srebrenica in 1995 is "untrue" and "biased" according to the Serb-dominated entity in Bosnia, Milorad Dodik. Local lawmakers voted to revoke it. 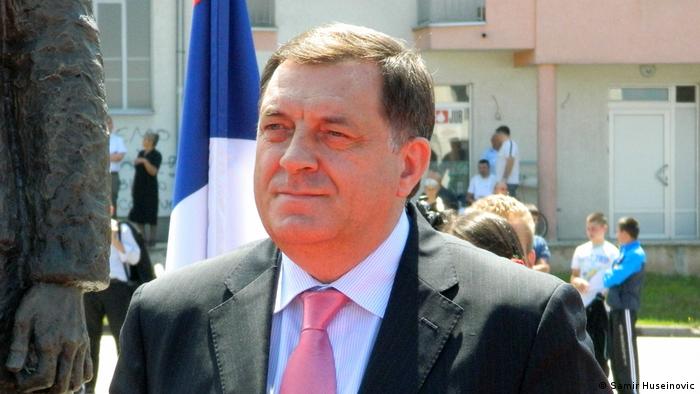 Many of the alleged victims of the Srebrenica massacre are "still alive," claimed the leader of Republika Srpska, Milorad Dodik, speaking to lawmakers in the Serb-ruled entity within Bosnia-Herzegovina on Tuesday.

The ultra-nationalist Dodik called on the deputies to reject the report adopted by the entity's government in 2004, which had been the first to admit the scale of the crime that took place during the closing months of the Bosnian war in the town of Srebrenica.

The report listed 7,806 names of Bosniak men and boys who were executed by Serb forces over several days in July 1995. The number has since been revised up to nearly 8,400.

On Tuesday, however, Dodik dismissed the massacre as an "arranged tragedy" that caused extreme vilification of Serbs and ensured "realization of plans of some western countries to put collective guilt on the Serbian people."

"The story of the alleged genocide committed by the Serbs near the end of the last century continues," Dodik said. He slammed the report as "irrelevant", "untrue," and "biased." 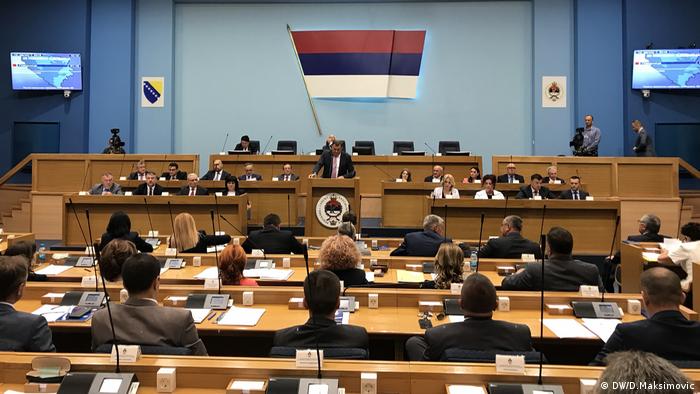 Dodik also called for a new committee to "objectively and impartially" determine the events in Srebrenica during the 1992-1995 war, in the interests of "strengthening the trust and tolerance between the peoples of Bosnia-Herzegovina."

Following his speech, opposition representatives slammed Dodik for politicizing the Srebrenica tragedy. Still, the majority of lawmakers on Tuesday voted to revoke the 2004 report.

The events surrounding the Srebrenica genocide have been repeatedly researched by international investigators, and the classification of the killings as genocide has been confirmed by the International Court of Justice and the UN's International Criminal Tribunal for the former Yugoslavia (ICTY).

The Bosnian Serb commander Ratko Mladic, believed to have ordered the Srebrenica massacre, was sentenced last year to life imprisonment for his role in the genocide.

"The European Union rejects any denial, relativization or misinterpretation of the genocide in Srebrenica," the EU office in Sarajevo said in a statement. "We also condemn the use of inflammatory ethno-political rhetoric and actions."

Analysts say the likely motive behind Dodik's initiative is to gather votes for his bid to become the Serb-representative in Bosnia's tripartite presidency, as the country prepares for a general election in October.

However, the 59-year-old politician said he had called the Tuesday session because of a move by the leader of the 'Mothers of Srebrenica' association, Munira Subasic, who recently met with German war crimes investigator Klaus Zorn.

At the meeting, Subasic gave Zorn a list of 22,000 members of Serb armed forces that were deployed near Srebrenica at the time of the massacre. Subasic urged Zorn to check if any of the one-time fighters were in Germany so they could be questioned about the events.

"What can we say when Mothers of Srebrenica have already declared their ''indictment' and the 'verdict' to the people on the list," Dodik asked.