Hatidza Mehmedovic lost her husband, two sons and many other relatives during the Srebrenica massacre. After the genocide, she found her life's calling – pursuing justice for the perpetrators, but not revenge. 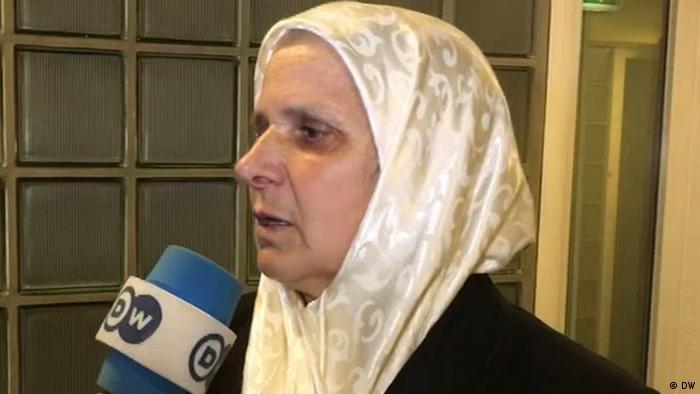 Grief didn't break Hatidza Mehmedovic. On the contrary: since the fall of the Eastern Bosnian enclave of Srebrenica in July 1995, the petite housewife regarded it as her life's work to bring all those responsible for the genocide to justice.

When Serbian military and paramilitaries under the leadership of General Ratko Mladic murdered over 8,000 Muslim boys and men in the last year of the Bosnian War, Mehmedovic lost her two sons Almir (18) and Azmir (21), her husband, two brothers and many other family members. Later she would often say her sons did not fall at the front as soldiers, but as civilians — not with guns in their hands, but with pencils.

After the war, the Bosnian, born in 1952, lived in a Sarajevo suburb before returning to her home between Srebrenica und Potocari in 2002. The house became a memorial for the victims of the genocide.

That same year, she founded the Mothers of Srebrenica organization that advocated for justice and collected donations for survivors who wanted to return to Srebrenica.

She herself was actually one of the very first returnees. She wanted to show that Bosnians and Serbs living together was still possible. In the beginning, it was pitch-dark in Srebrenica at night because there was no electricity. The roads were not paved, and there were more dogs on the street than people.

The only person who joined Mehmedovic in the early days after her return was an old Serb from the neighborhood whom she often helped with shopping and household chores.

She didn't resent Serbs in general, Mehmedovic repeatedly stressed in interviews. As far as she was concerned, there was no collective guilt; what mattered was the conviction of the individual perpetrators. Despite the loneliness in the old house, she said she had decided to return home to be near the graves of her husband and sons.

Mladic verdict 'a drop in a bucket'

"We, the mothers, live only through the memories of our children," the "Mothers of Srebrenica" leader told DW after the 2017 verdict against Ratko Mladic.

She took loving care of the three pine trees in her garden that her son Almir planted long before the war broke out, a symbol of her dead loved ones. She also tended a pathway to the house where Almir had written his name in the fresh concrete right at the front door.

Hatidza Mehmedovic died in Sarajevo on Sunday evening after a long bout with cancer. The disease did not stop her from travelling to The Hague in 2017, sitting in the courtroom when Ratko Mladic was sentenced. "A life sentence for Mladic is just a drop in the ocean," she said.

"We are sad that he was sentenced only for Srebrenica and not also for genocide in other Bosnian communities," Mehmedovic told DW after the verdict. "The butchers are being tried, but the entity created by these crimes (the Serbian republic in Bosnia-Herzegovina, Republika Srpska) still exists. Their rulers want to make it a state or to annex it with Serbia. We will never accept this."

Her work made her a target for ultra-nationalists in Republika Srpska and Serbia. After her death, a Bosnian-born deputy in the Serbian parliament, Vjerica Radeta, caused outrage by mocking Mehmedovic online.

"I've just read that Hatidza Mehmetovic from the 'Businesswomen of Srebrenica' organization has died," tweeted Radeta, a representative of the Serbian Radical Party led by convicted war criminal Vojislav Seselj.

"I wonder who will bury her. Her husband or her sons?" 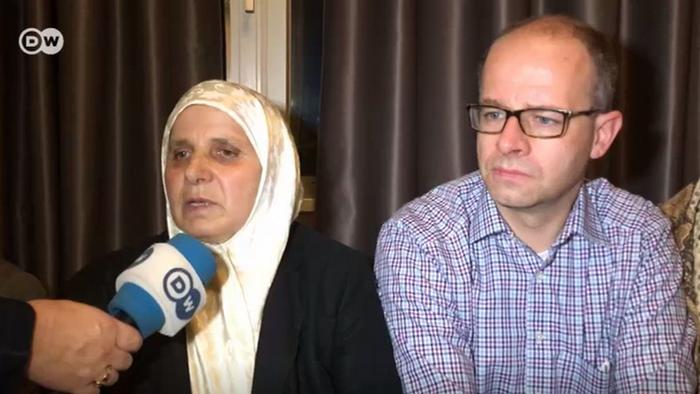 German parliamentarian Brand: "Justice was her mission, not revenge"

She was a "thorn in the side of people who to this day try to sweep the most serious war crimes under the carpet and rewrite history," says Michael Brand, a Christian Democratic lawmaker in the German Bundestag and human rights spokesman for the parliamentary faction. That is true for perpetrators as well as nationalist politicians in the region or the ignorance of representatives of the international community, Brand told DW.

The politician, who met Mehmedovic many times over the years remembers that she fought like a lioness. "Justice was her mission, not revenge."

Without her, many a truth would not have come to light, victims would still have no name, says Brand. "I was impressed by her affection for the victims, her courage and her endurance. With the death of Hatidza Mehmedovic, an important voice of justice has fallen silent forever." Her life's work, Brand says, is "a mission for the future".